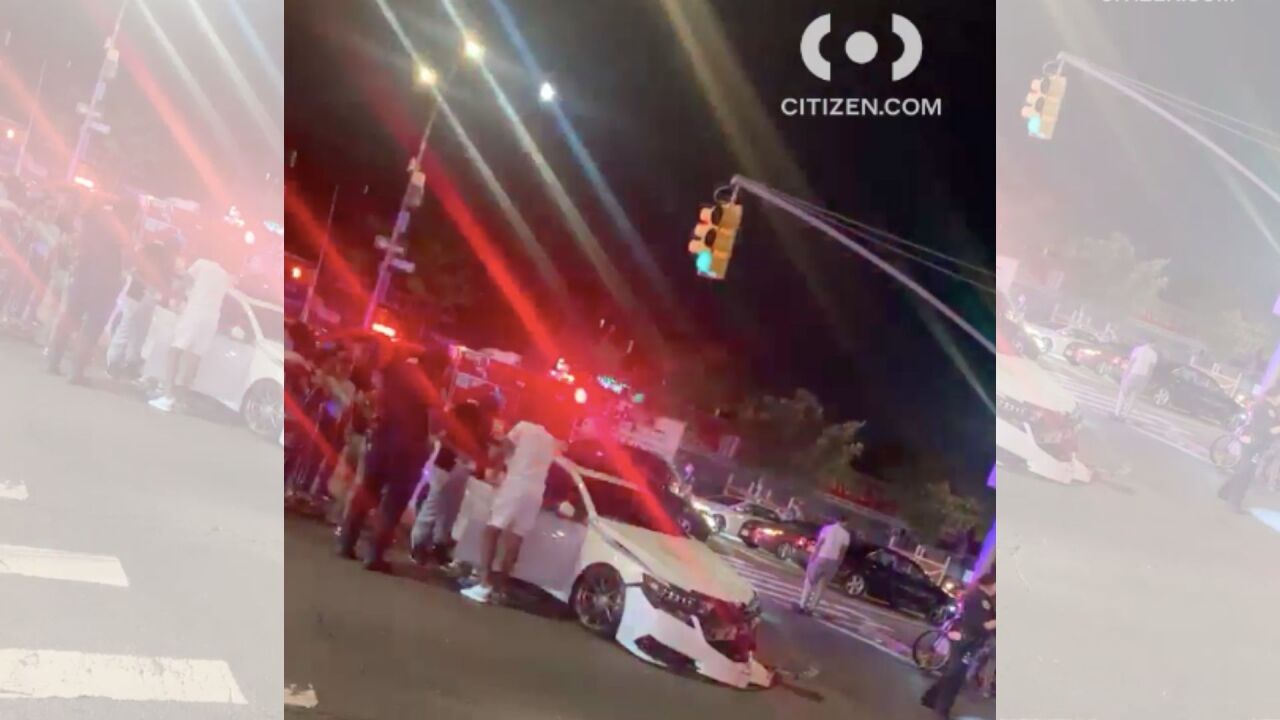 Citizen App
A collision involving a car and a motorcycle in the Bronx left one man dead and several injured.

FORDHAM HEIGHTS, the Bronx — A man killed during a collision involving a vehicle and a motorcycle in the Bronx Sunday night, police said.

Authorities received a call of a motor vehicle accident at the intersection of Grand Concourse and 181 Street around 8:15 p.m.

Preliminary investigation determined a motorcycle involving a 20-year-old man was traveling south on Grand Concourse when it ran a light and struck a white Acura driven by a 24-year-old man, according to police.

Officers arrived on scene and found a 23-year-old passenger of the motorcycle unconscious and unresponsive.

He was taken to the hospital where he was pronounced dead, police said.

The Acura had three other occupants in the vehicle, police said.

The motorcyclist and the driver of the Acura were taken to the hospital for minor injuries, authorities said.

One of the Acura’s passengers was also taken to the hospital for her injuries while the remaining occupants refused medical attention, police said.

Video from the Citizen App shows the white Acura with frontal damage at the intersection.