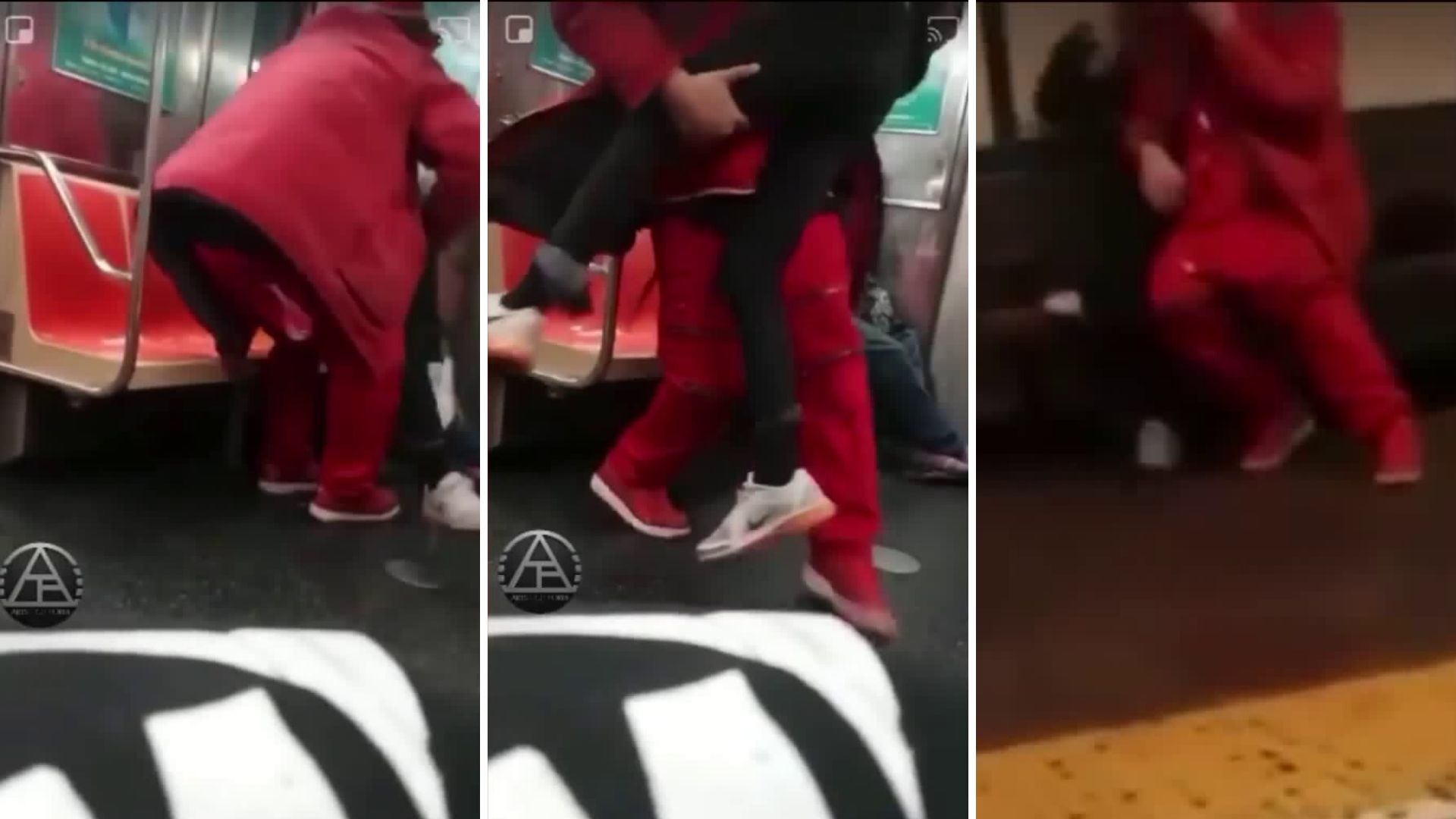 A man is under arrest after an apparent attempted kidnapping on a No. 6 subway in the Bronx early Monday was captured on video that has since gone viral. Police said around 2:30 a.m., a man dressed in red tried to get a sleeping female individual's attention as he sits across from her. When the train stops at the Morrison Avenue-Soundview station, the man jumps up and grabs the woman as she yells "no," and he carries her off the train. The woman manages to escape his grasp and runs back on the train. Police arrested 48-year-old Sonny Alloway in the Bronx Monday. He is being charged with unlawful imprisonment. The woman's identity remains unknown.

SOUNDVIEW, the Bronx — A man is under arrest after a now-viral video captured what appears to be an attempted abduction on a Bronx subway train early Monday.

In the shocking cellphone footage, which spread quickly across social media Monday, a man dressed in red can be seen trying to get a sleeping female individual's attention as he sits across from her on a No. 6 subway in the Bronx.

As the train pulled into the Morrison Avenue-Soundview station, around 2:30 a.m., the doors open and the man jumps up, grabs the woman and carries her off the train.

The man can be seen holding her against her will on the station platform, until she's able to seemingly escape his grip and run back on the train.

According to the NYPD, the man was "preventing a female from getting away from him."

Cops found and arrested 48-year-old Sonny Alloway in the Bronx Monday and he was charged with unlawful imprisonment, according to authorities.

The woman's age and identity are not known at this time.