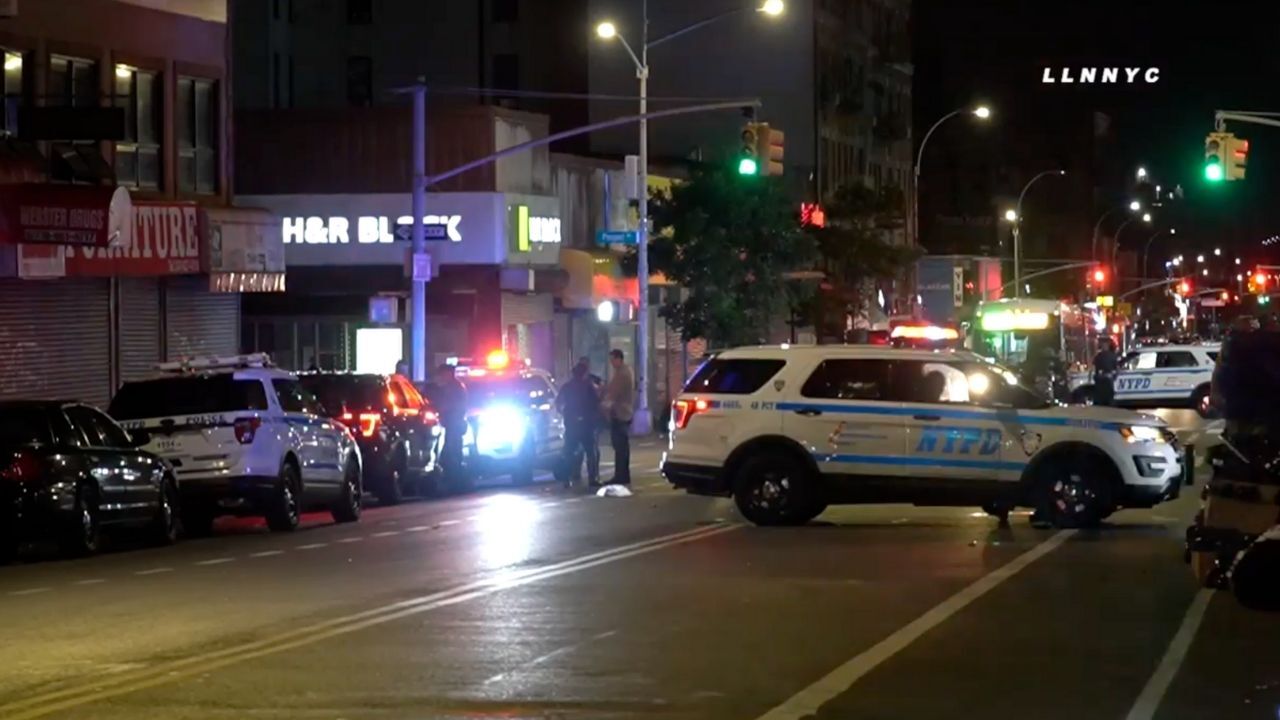 PIX11 News via LLNNYC
Scene in the Bronx after a man, 51, was fatally struck by a hit-and-run driver while crossing the street at the intersection of Prospect Avenue and East Tremont Avenue around 1:45 a.m. on Tuesday, July 14, 2020, police say.

CROTONA, the Bronx — Police are looking for the driver of a car involved in a deadly hit-and-run in the Bronx early Tuesday.

According to the NYPD, 51-year-old Ramon Martinez was struck by a speeding car as he used the crosswalk to cross East Tremont Avenue, at the intersection of Prospect Avenue, in the Crotona section of the borough.

Police said Martinez was hit around 1:25 a.m. and the sedan that struck him fled the scene.

Responding officers found Martinez lying in the road unconscious and unresponsive, with severe injuries to his body, police said.

EMS responded and transported Martinez to a nearby hospital where he was pronounced dead.

Police have not released a description of the driver or the vehicle at this time.

Editor's note: Authorities initially reported the man was pronounced dead at the scene.