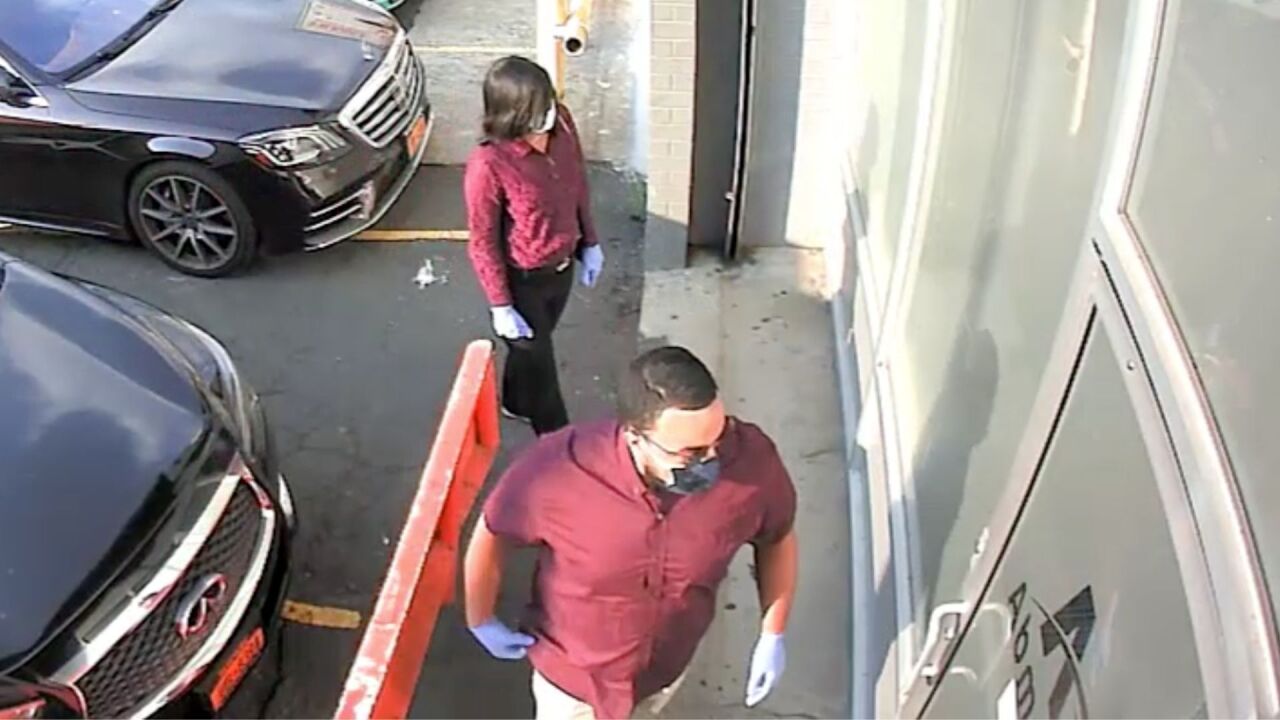 NYPD
Surveillance image of a woman and man wanted in connection with a Bronx robbery on Thursday, Aug. 27, 2020, according to police.

MOTT HAVEN, the Bronx — Cops are looking for a man and woman behind a robbery at gunpoint that left a man, along with a child, locked in the bathroom of his Bronx business, according to the NYPD.

Police said it happened just before 6 p.m. on Thursday, Aug. 27, when the unidentified duo got the man inside to unlock the door of the business, located on Park Avenue, near East 141st Street in the Mott Haven section.

Once inside, the man armed with a firearm ordered the 42-year-old victim and a 12-year-old boy to a bathroom in the business, police said.

The armed man then stole both the man and child's cellphones, as well as the man's wallet, before locking them both in the bathroom, according to authorities.

Recognize them? Duo wanted after man and 12-year-old boy robbed at gunpoint, locked in bathroom of Bronx business, police say

Police said the man and woman then fled the location in a black Dodge Charger.

The NYPD has released the above surveillance video of the man and woman they are looking for.