'Kettling' of demonstrators at protest could end up costing taxpayers millions, advocates say 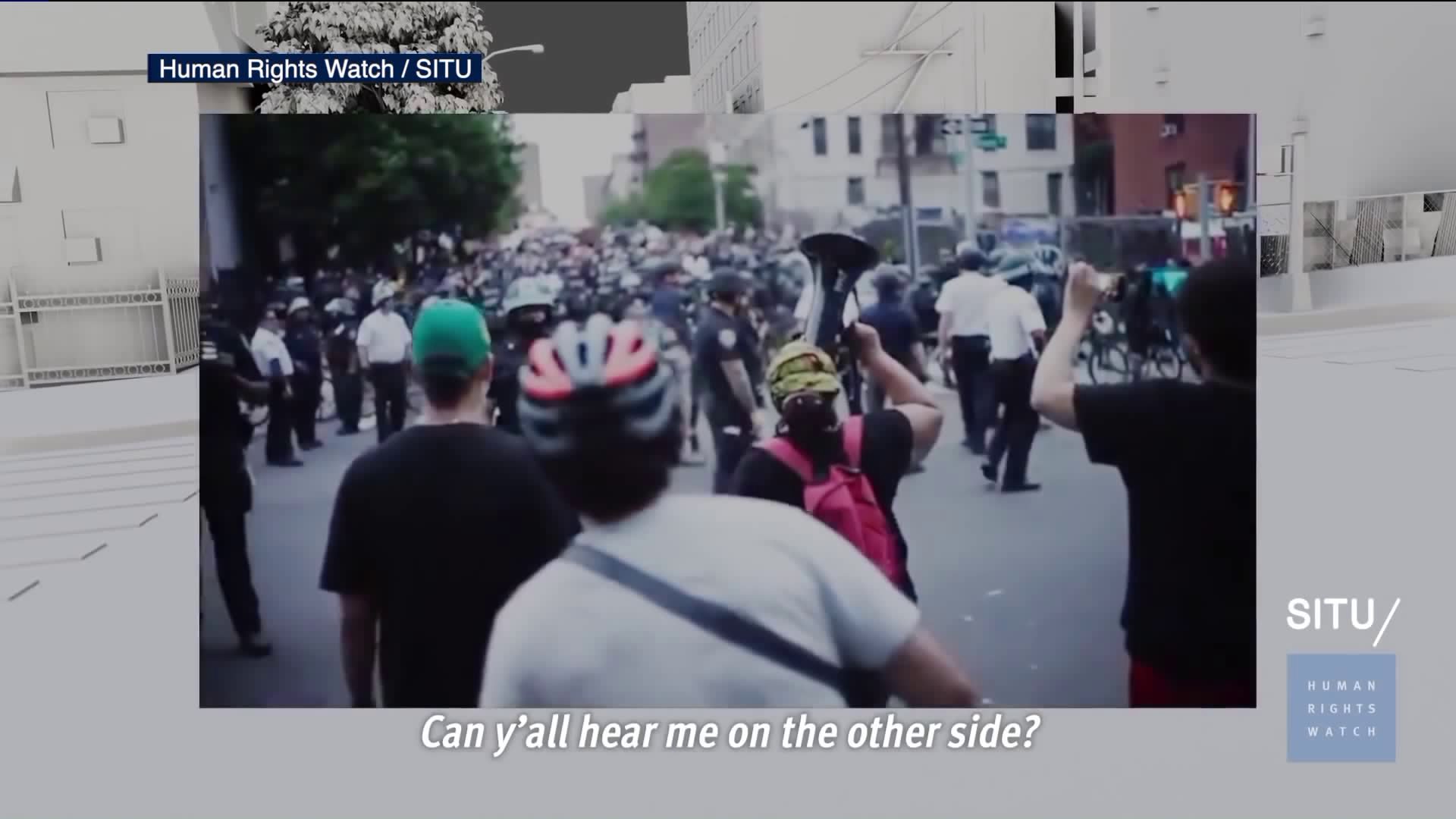 The report stems from a Bronx protest where peaceful demonstrators were cornered.

MOTT HAVEN, the Bronx — An international organization whose work advocating for refugees, political prisoners and victims of violence worldwide has earned it the Nobel Peace Prize said Wednesday the NYPD intentionally and illegally carried out a massive attack on peaceful protesters. And following the investigation by Human Rights Watch, the situation could end up costing taxpayers big time.

An eyewitness to the June 4 incident, named Luis (he declined to give his last name), agreed with the Human Rights Watch assessment.

"I seen cops with one stick hitting [the protesters], get tired of hitting them with one stick, then switch to the other hand," Luis told PIX11 News.

He was one of hundreds of eyewitnesses to the crackdown, in which NYPD officers corralled a few hundred protesters in a maneuver that police call "kettling," said Human Rights Watch. It reviewed more than 150 videos of the kettling incident that people shot on the scene.

The protest took place just days after George Floyd was killed in police custody. It was making a statement against police brutality, according to organizers. Ironically, protesters ended up experiencing brutality themselves, witnesses said.

The NYPD has said that it was responding to information that it had received that violent unrest was likely to happen at the protest. It never materialized, Human Rights Watch said.

NYPD Chief of Department Terence Monahan was on scene that evening. He's seen on video personally ordering one woman to be arrested. Attempts by PIX11 News to reach her were not successful.

Police on scene were also recorded by various witnesses ordering authorized medical aides to be removed from the scene, or arrested. Luis, the eyewitness, confirmed that.

Protesters and witnesses also recorded police forcefully subduing legal observers, who are deemed by the city government as essential personnel who would have been exempt from the city's then-8 p.m. curfew.

The fact of the matter is, though, that nobody at the scene, at the intersection of 136th Street and Brook Avenue, was in violation of the curfew. The crackdown started at 7:45 p.m., as Ida Sawyer, the acting director of Human Rights Watch's Crisis and Conflict Division pointed out.

"The mayor's order was very clear," Sawyer said in a Zoom interview. "If people are out past curfew, they should first be asked to go home, then be given the opportunity to do so."

That never happened because, by the time the curfew began, at 8 p.m., most of the protesters had been subdued by officers, cuffed with zip ties, and readied to be put on Correction Department buses to be sent to holding cells, where they were kept for hours, before being arraigned.

More than 100 of them have now filed claims against the city. If past precedent is any indicator, the claims could cost the city many millions of dollars.

For its part, Human Rights Watch said that "instead of cracking down on peaceful protesters, and stifling their calls for change, local governments should finally do what it takes to end the structural racism and systemic police abuse that people in Mott Haven, and communities like it, have experienced for far too long."

The NYPD said in a statement, "We take strong exception to the subjective characterization of our police actions to maintain public order as 'a planned assault.'"