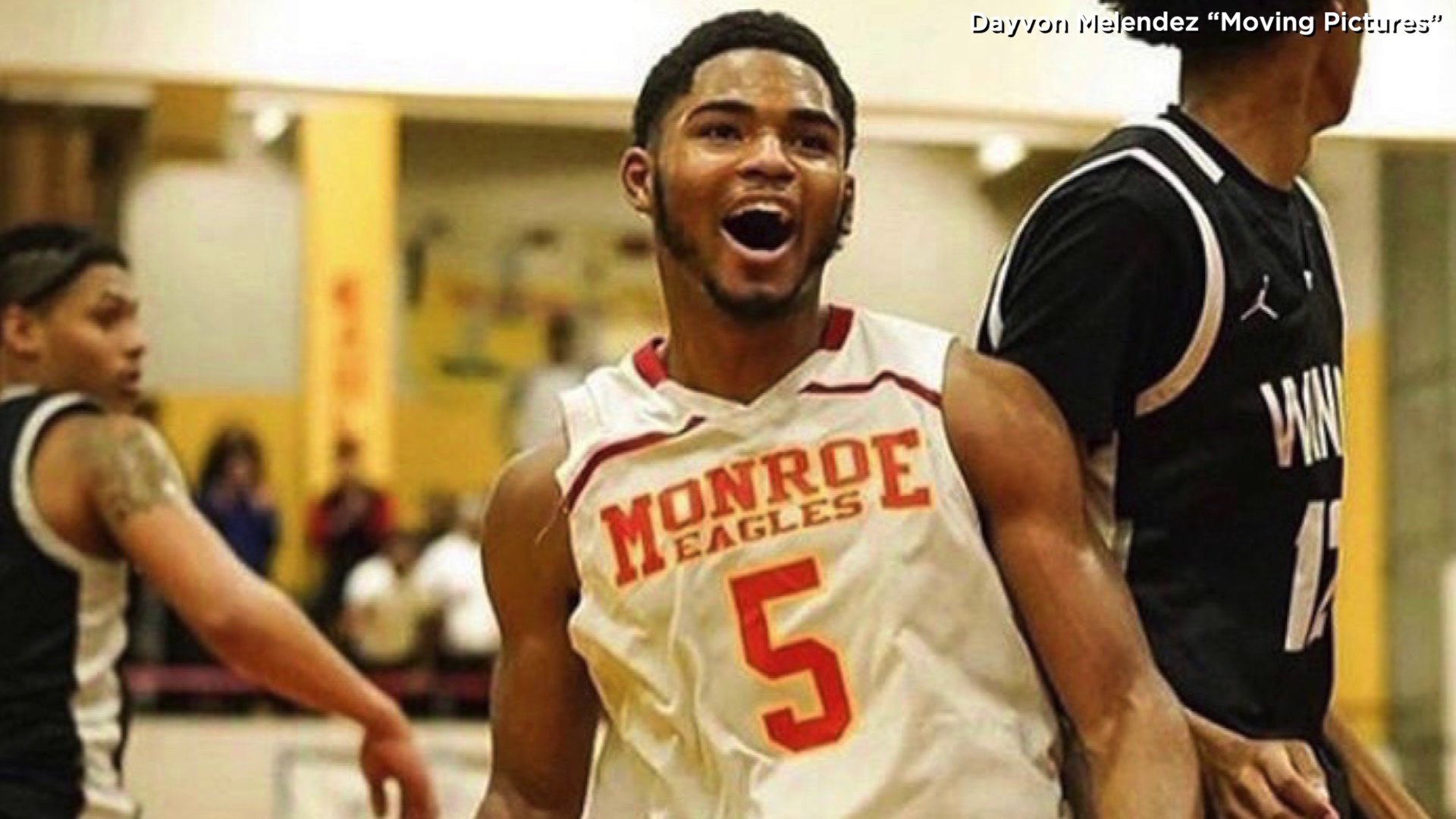 A family was forced to plan a slain Bronx teen's funeral Monday less than a week after he graduated from high school.

MORRIS HEIGHTS, the Bronx — A family was forced to plan a slain Bronx teen's funeral Monday less than a week after he graduated from high school.

Brandon Hendricks, a 17-year-old basketball star, was looking ahead to his bright future after graduation from Bronx’s James Monroe High School. Sunday night, just before midnight, Hendricks was shot in the neck on Davidson Avenue in the Morris Heights section of the Bronx, while he was out celebrating a friend’s birthday.

Noel Ellison, Brandon’s uncle, spoke on behalf of the teen’s family to PIX11.

“It seems he was not the intended target and that did not surprise us because his temperament is not one that would engender that type of anger for someone to pick up a pistol and shoot at him,” he said.

Even after receiving news of her only son being shot, Ellison said Hendrick’s mother and the teen's basketball coach, Nigel Thompson, didn’t believe there was a chance the recent high school grad wouldn’t make it back home.

“All she kept saying was 'let’s try to get him out of the city and get him into school because this is getting dangerous for him.' We never thought there was a possibility that he would lose his life,” Thompson said.

By all accounts, Hendricks steered clear of street violence. His life and love was focused on one thing and that was basketball.

Hendrick's team, coaches and family are in disbelief over the teen's death. Tributes to the basketball star poured in on social media, no one believing the teen who did everything he was supposed to do to stay out of trouble was somehow gone because of gun violence.

Just this weekend, after initially deciding to take a post grad year to sharpen his basketball skills, Christopher Salgado, Hendrick’s assistant coach said Hendricks decided he would instead accept an offer to go out West and play basketball for West Hills College in California.

“Brandon was a good kid. Just these young kids gotta stop playing with guns. This is not it, this life. This is not it. We only get one chance,” Salgado said through his tears.

The NYPD have not made any arrests.

If you have any information that can help investigators, you’re asked to call CRIMESTOPPERS - 1-800-577-TIPS.