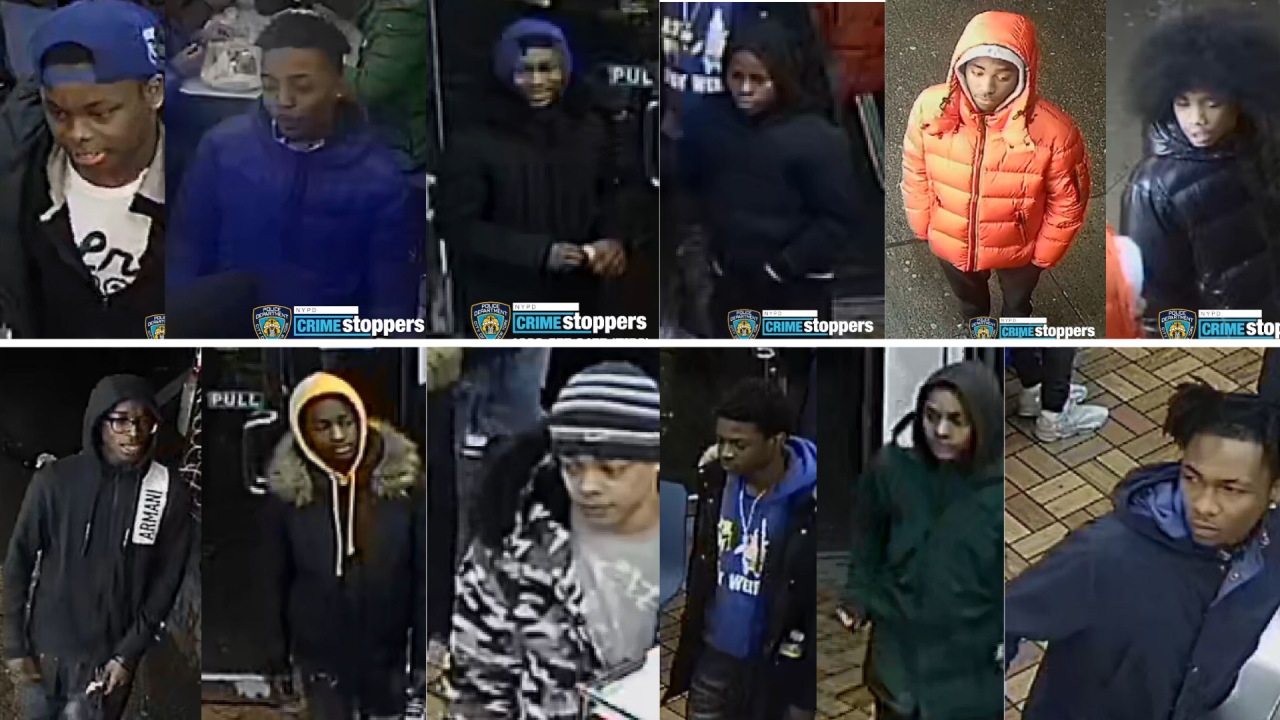 A group attacked three teens in the Bronx.

CLAREMONT VILLAGE, the Bronx — A group of 12 men attacked three teens at a Kennedy Friday Chicken in the Bronx, police said Sunday.

The victims argued with the group of 12 in the East 174th Street restaurant on Jan. 4 and it escalated, officials said. The men punched and kicked the teens. They also took the money and phones from the teens.

Police have asked for help identifying the attackers. They're believed to be in their late teens to early 20s. The men were last seen wearing all dark clothing.