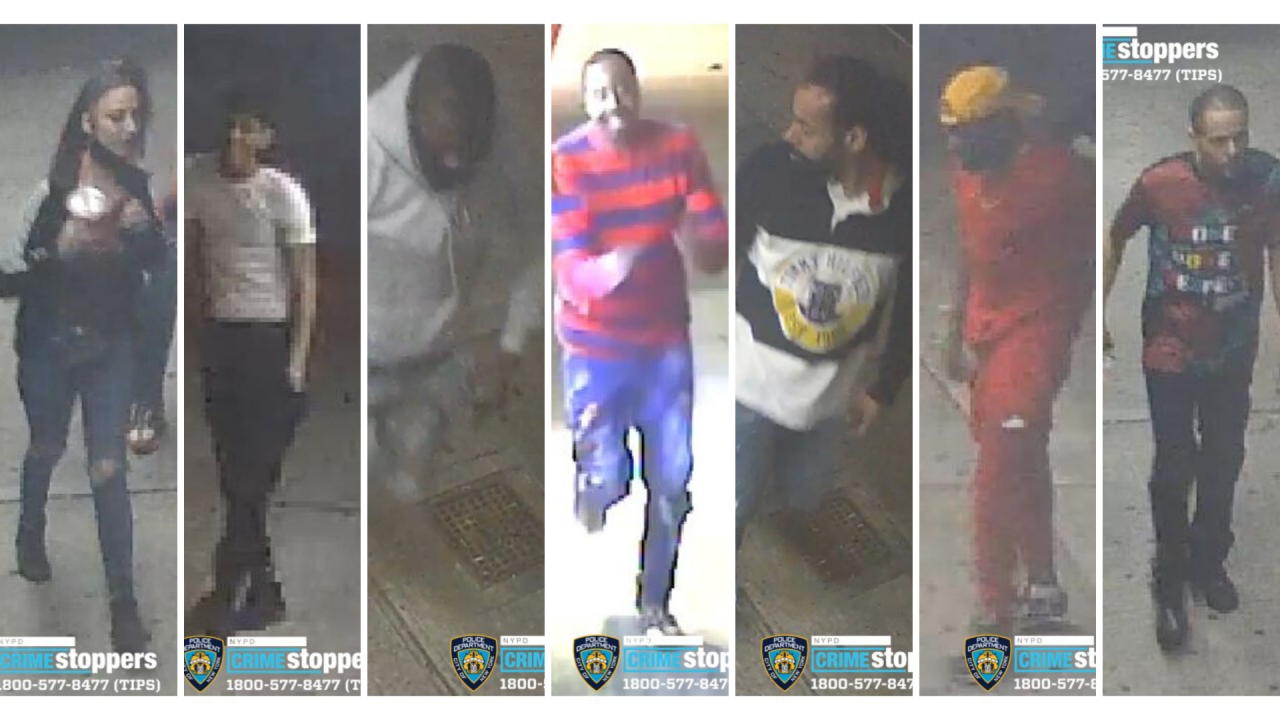 NYPD
Police asked for help identifying six men and a woman in connection with a Bronx beating.

FOXHURST, the Bronx — A man was slashed in the face, knocked to the ground, beaten and stomped on by a group of people in the Bronx early on Monday, police said.

The 29-year-old victim was on East 163rd Street near Intervale Avenue when a group of men and women attacked, officials said. They used a glass bottle the slash him.

After beating him, most of the group left, but one man came back and poured an unknown liquid on the incapacitated victim's face, police said. The victim was taken to a local hospital with bruising to the body and lacerations to the face.