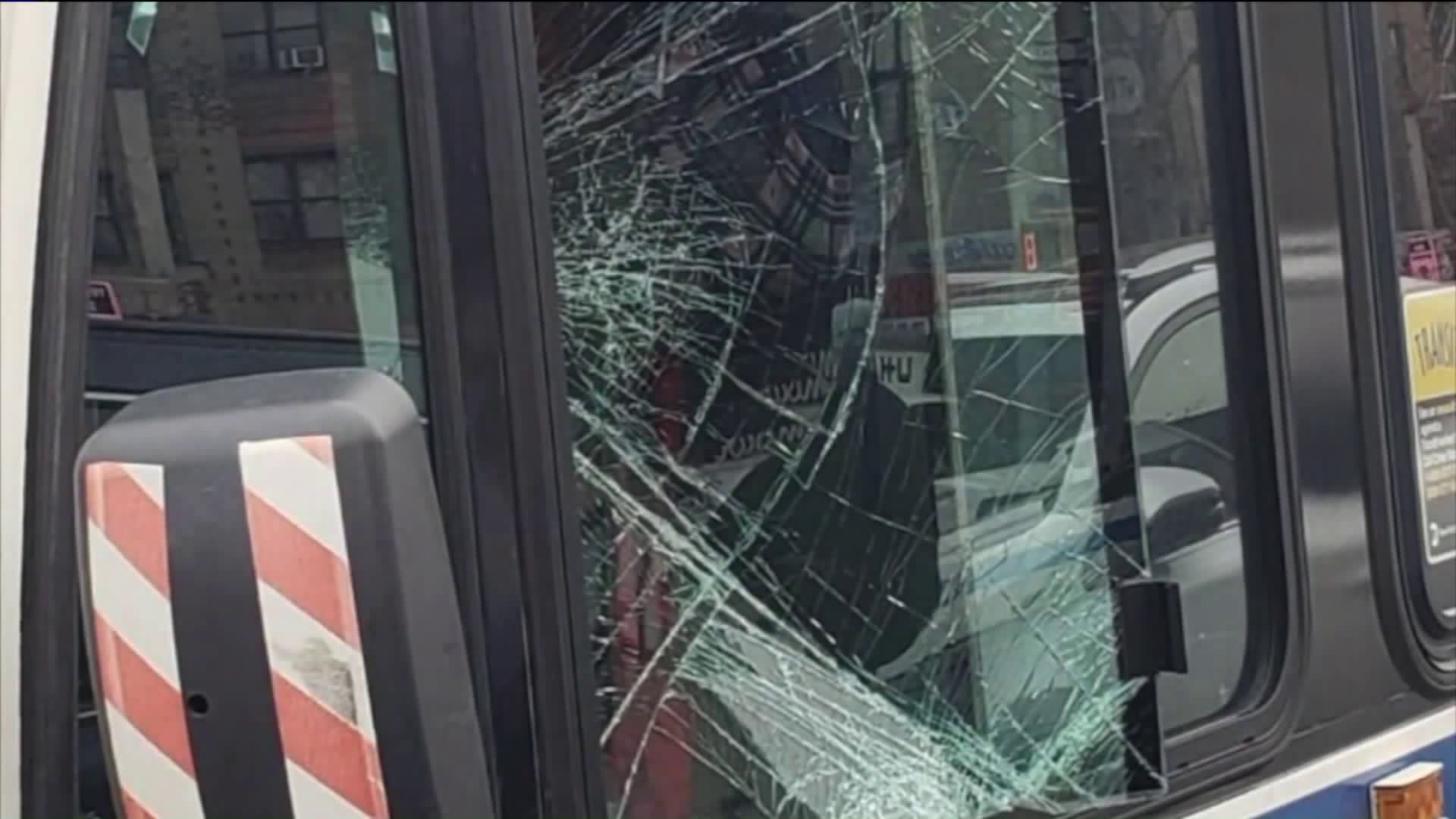 A good Samaritan stopped a man accused of assaulting an MTA bus driver in the Bronx on New Year’s Day, police said.

FORDHAM, the Bronx — A good Samaritan stopped a man accused of assaulting an MTA bus driver in the Bronx on New Year’s Day, police said.

The ordeal began around 12:20 p.m. Friday on the Grand Concourse, near East 181st Street in Fordham, according to police.

Authorities said Edward Guerrero, 28, stood in front of a Bx1 bus and when the vehicle stopped he hit the side window, causing it to shatter. Driver Charline Alston said she was already pulling into the intersection when this happened.

Guerrero then punched the 47-year-old driver in the head, according to police.

"He's punching me all over," Alston said. "My adrenaline was rushing, so I don't have an idea how many times this guy punched me."

But before Guerrero could get far, good Samaritan Yomboue Pierre Bama stepped in and held him at the scene until police arrived.

"I couldn't be able to sleep if I just let it go like that," the good Samaritan said.

Guerrero, of the Bronx, was charged with assault and criminal mischief, police said.