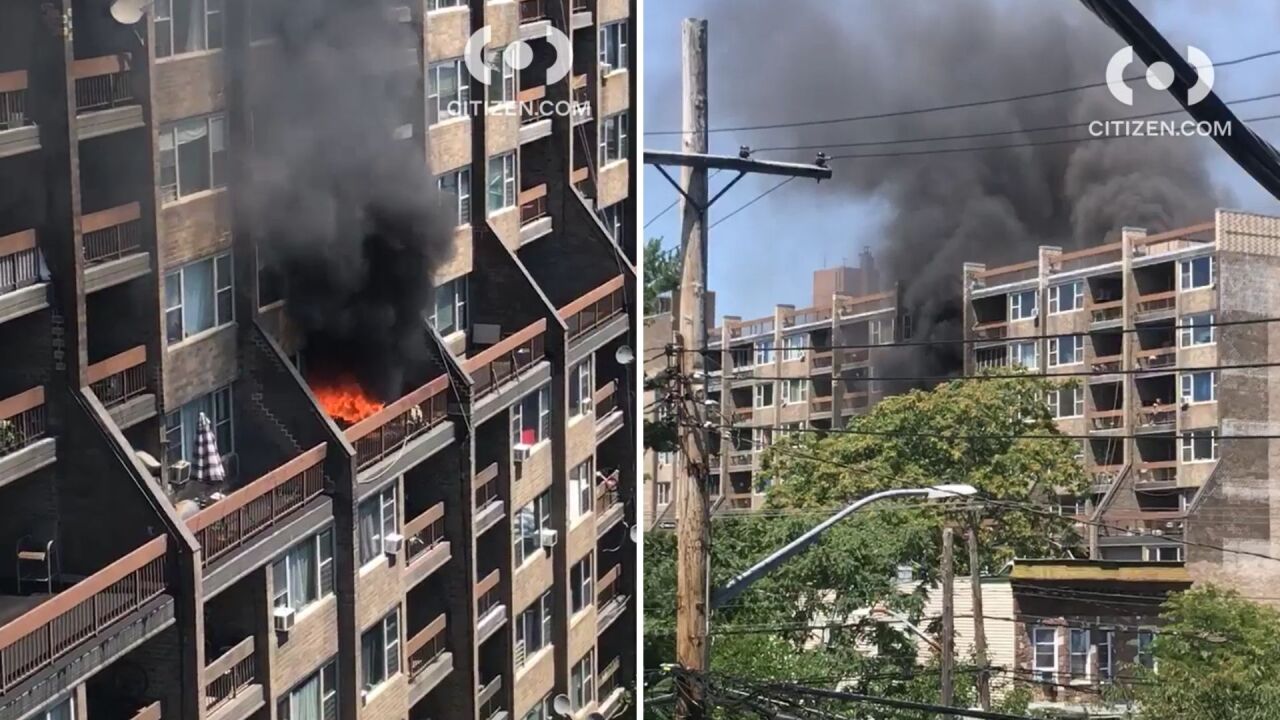 Citizen App
Firefighters battled a fire in the Bronx on Saturday, July 18, 2020.

THE BRONX, N.Y. — Firefighters battled a two-alarm fire in the Bronx on Saturday, according to the FDNY.

Flames could be seen on one of the apartment balconies at the 10-story building on Story Avenue, near Olmstead Avenue, just before 12 p.m., video shows.

More than 100 firefighters battled the blaze for about a half an hour before it was brought under control, according to the FDNY.

There were no immediate reports of injuries, officials said.

The cause is under investigation.