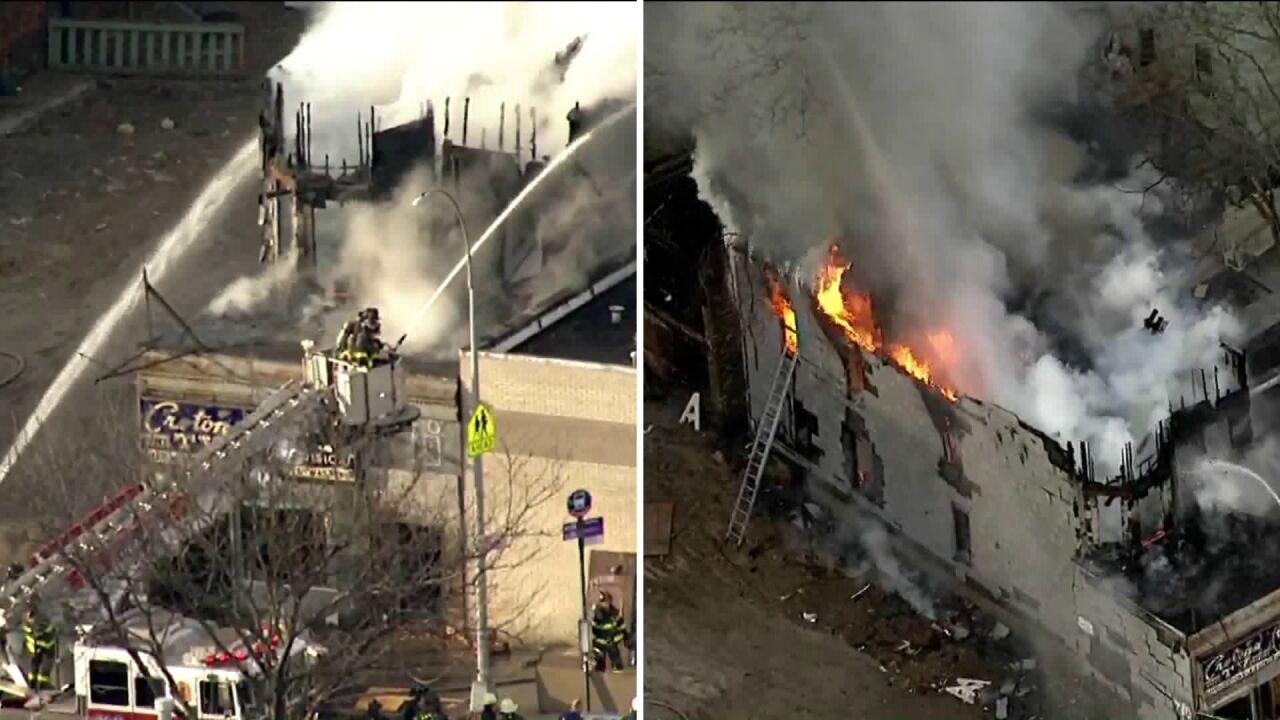 CROTONA, the Bronx — Firefighters are working to put out a blaze that broke out at a Bronx building Thursday morning.

Emergency responders were called to a vacant building along East 180 Street and Crotona Avenue just after 8 a.m.

AIR11 is over the scene of fire, which shows thick, heavy smoke and flames coming from the building.