Suspicious fire breaks out at junkyard in Hunts Point: FDNY 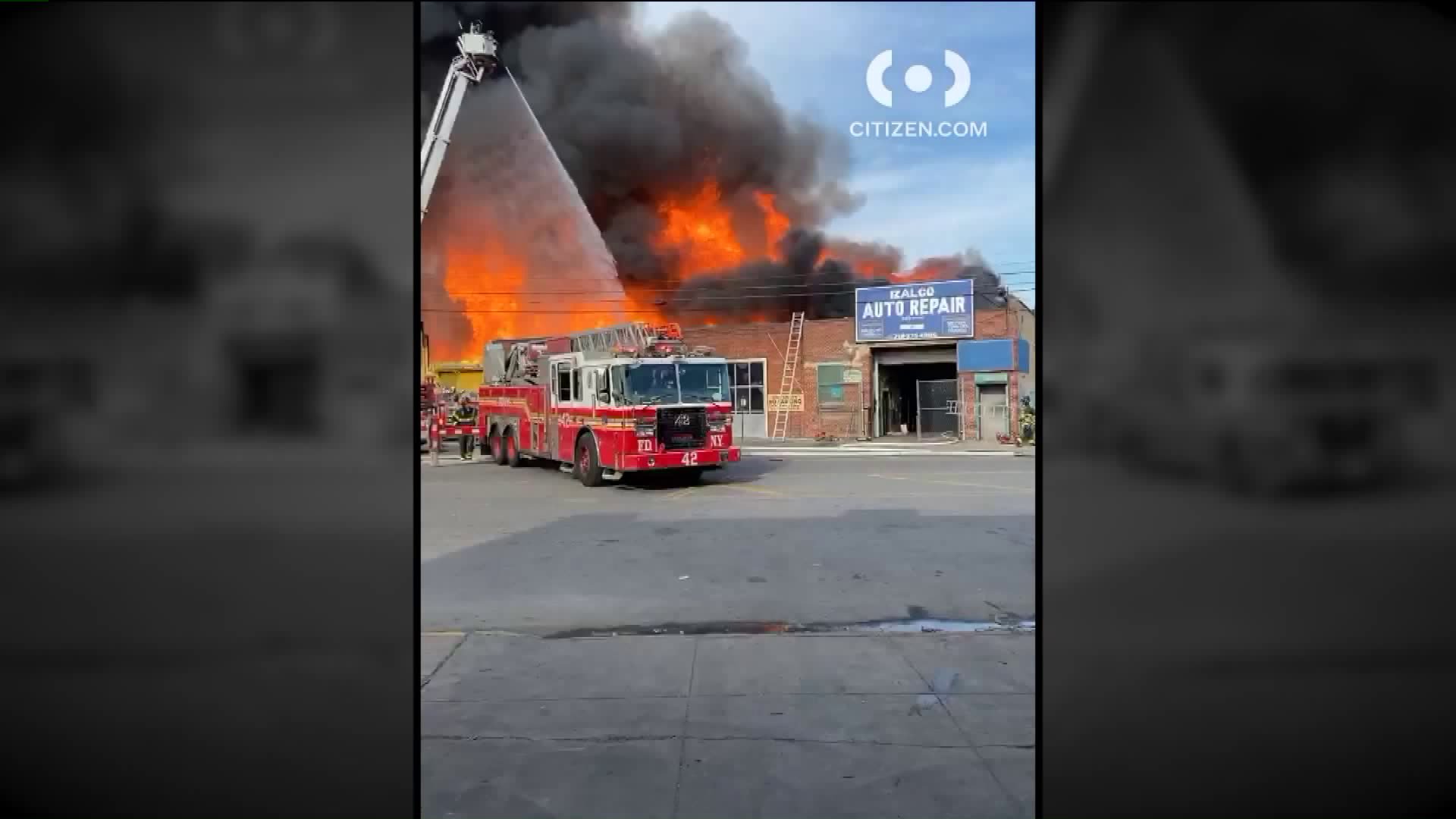 A fire broke out at a junkyard in the Bronx, sending thick, heavy smoke to the sky Monday afternoon. 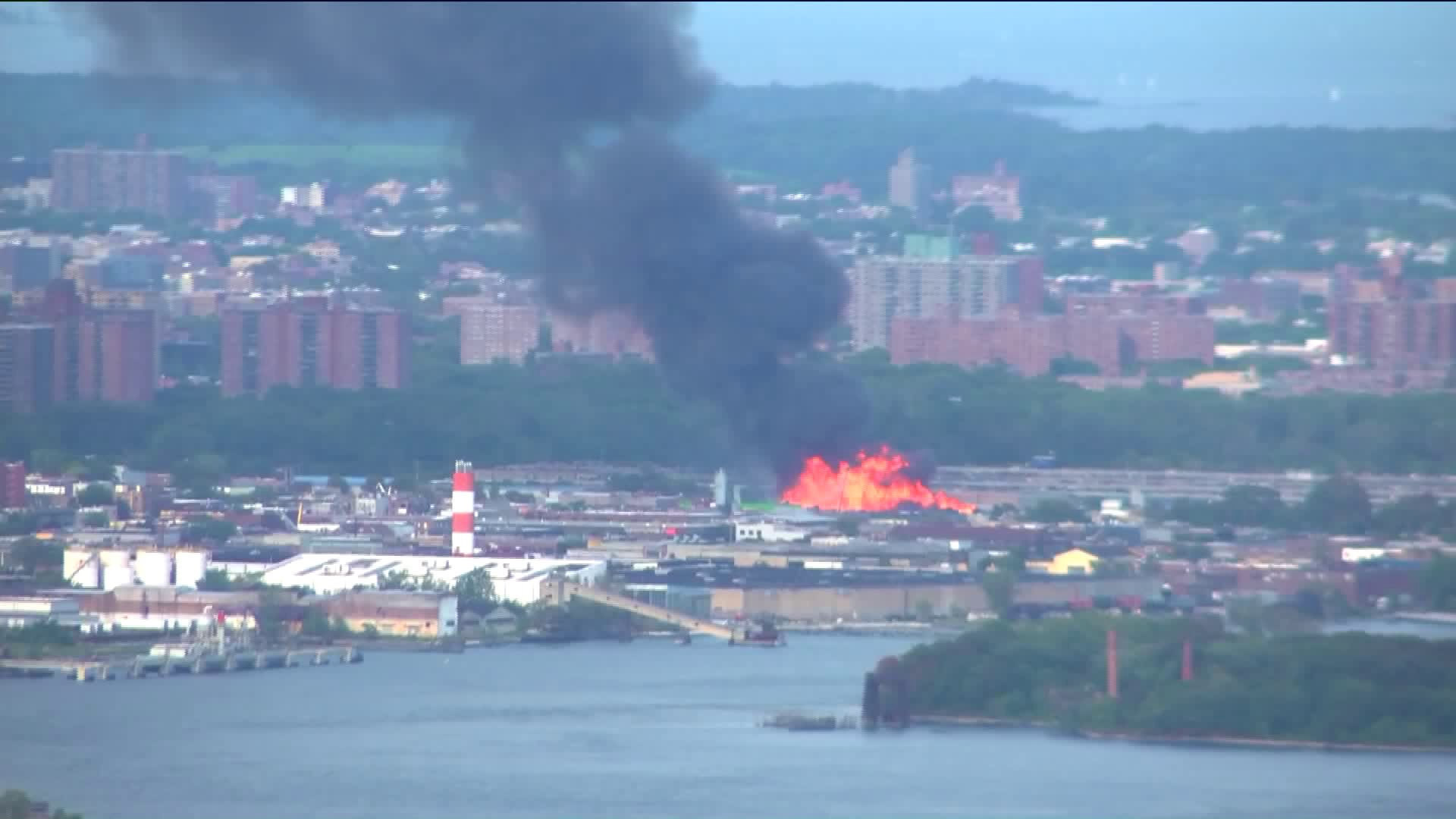 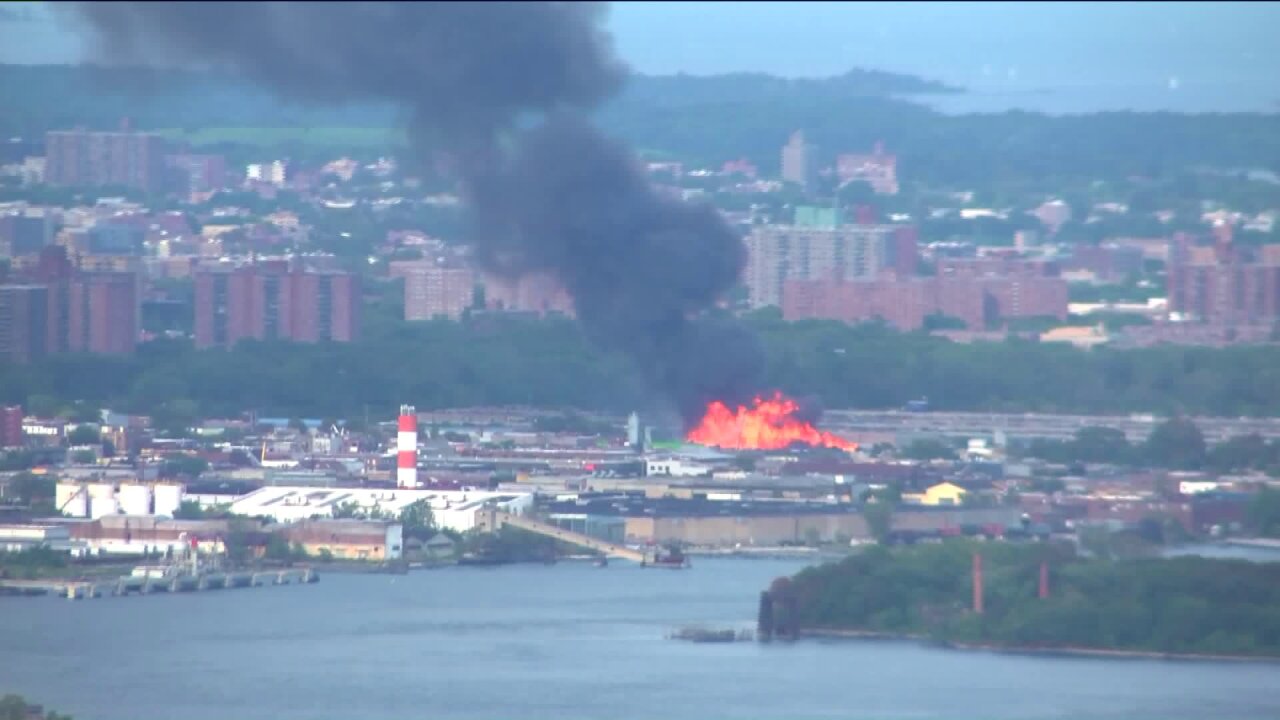 HUNTS POINT, the Bronx — A suspicious fire broke out at a junkyard in the Bronx, sending thick, heavy smoke to the sky Monday afternoon, officials said.

It took more than 170 firefighters responded to contain the balze in the vicinity of Drake Street and Randall Avenue in Hunts Point.

“We had an extremely large amount of fire upon arrival in the middle of the day, so we’re trying to discover the reason for that," Blatus said.

Clouds of black smoke about 100 feet high could be seen across parts of the city.

Firefighters worked to keep the blaze from extending to nearby buildings, according to FDNY officials.

One firefighter suffered a minor injury to the shoulder.

Editor's Note: FDNY initially said the fire broke out at a pallet yard. They have since said the incident occurred at a junkyard.