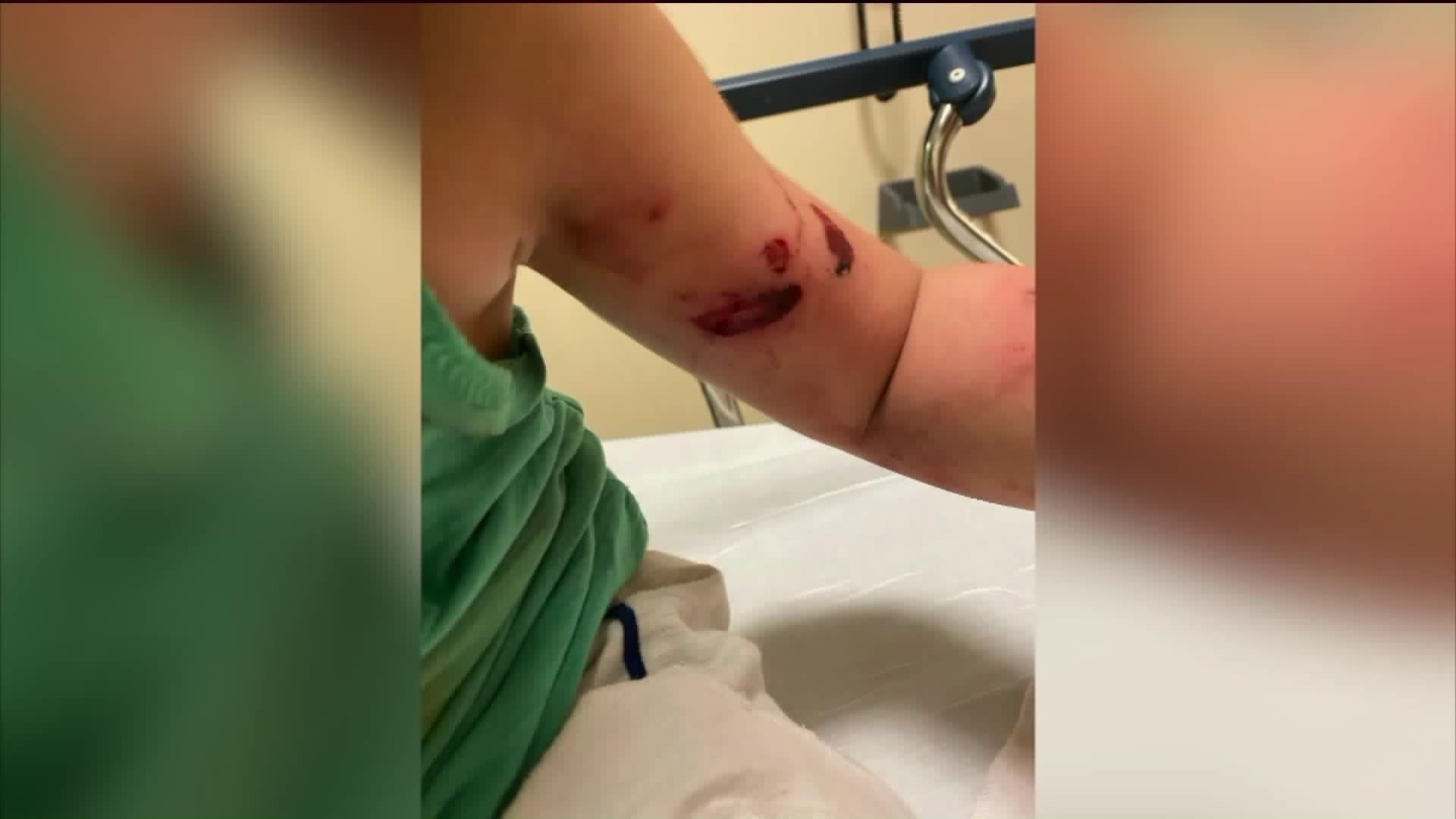 A group of kids were watching fireworks from an open window when a shell went into the apartment and burned the child.

HIGHBRIDGE, the Bronx — The family of a toddler hit by a firework shell that entered his bedroom window said Wednesday he's lucky to be alive.

Adiel Rosario, 3, was watching the fireworks go off with his siblings, looking out the window of the family's sixth floor Bronx apartment.

The young boy suffered first and second degree burns along with a laceration to his left bicep.

His arm is now bandaged up; his mother said he's feeling better.

"Thank God it hit his arm and not his face," his mother, Jerenny Rosario, said in Spanish.

The fireworks were launched at the corner of West 167th Street and Anderson Avenue in the Highbridge section of the Bronx.

"We opened our window while the fireworks were going up. One of them came in and destroyed everything," said Mia Rosario, 9.

She said she's afraid fireworks will come in through the bedroom window again.

"I was shaking," she said. "Every time I hear fireworks I just go under my blanket just to not get hurt."

All throughout the day, detectives were looking for surveillance video to track down the suspects.

"This just needs to get taken care ASAP," the boy's father said. "This could get to the level of killing someone."