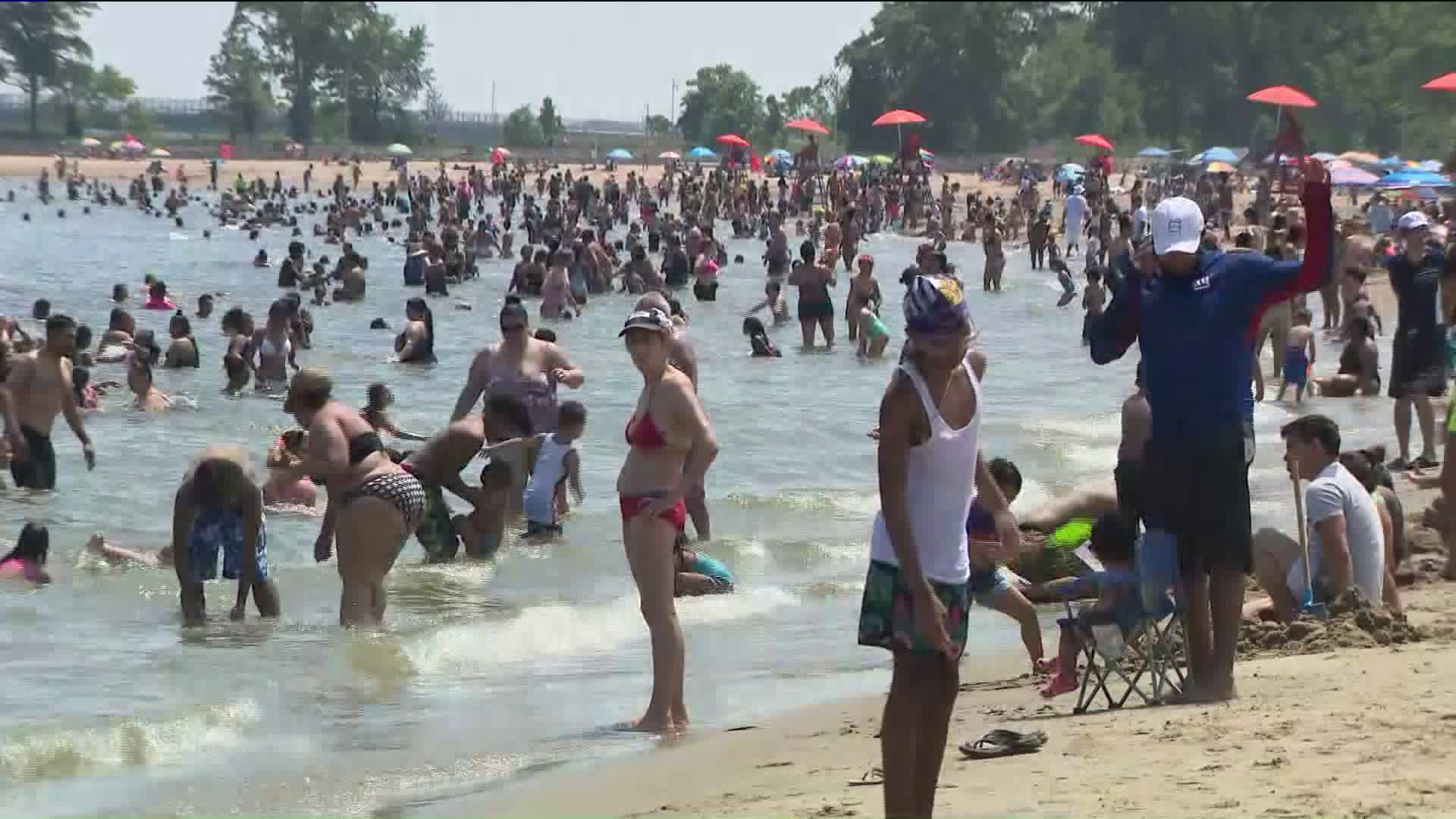 With more of New York City opening and temperatures rising, crowds flocked to Orchard Beach, often called the Riviera of the Bronx, on Sunday.

THE BRONX — With more of New York City reopening and temperatures rising, crowds flocked to Orchard Beach, often called the Riviera of the Bronx, on Sunday, even as coronavirus fears persist.

There were social distancing reminders, but Kreston Harrison from Poughkeepsie was a little worried people weren’t keeping six feet apart.

"I think it's a great atmosphere," Harrison said. "Honestly, I'm a little bit apprehensive because there's so many people and I'm not sure everyone's following CDC guidelines, but I do think we all kind of need a break from reality."

While not everyone worse masks or face coverings, some families appeared to cluster together under umbrellas on the sand and in the surf.

Activity at the playground was in full swing, but the basketball courts were empty since the hoops won’t be put back up until Phase 3, which starts Monday in New York City.