Dying Bronx teen's last words after he was shot: 'Make sure you call my mom' 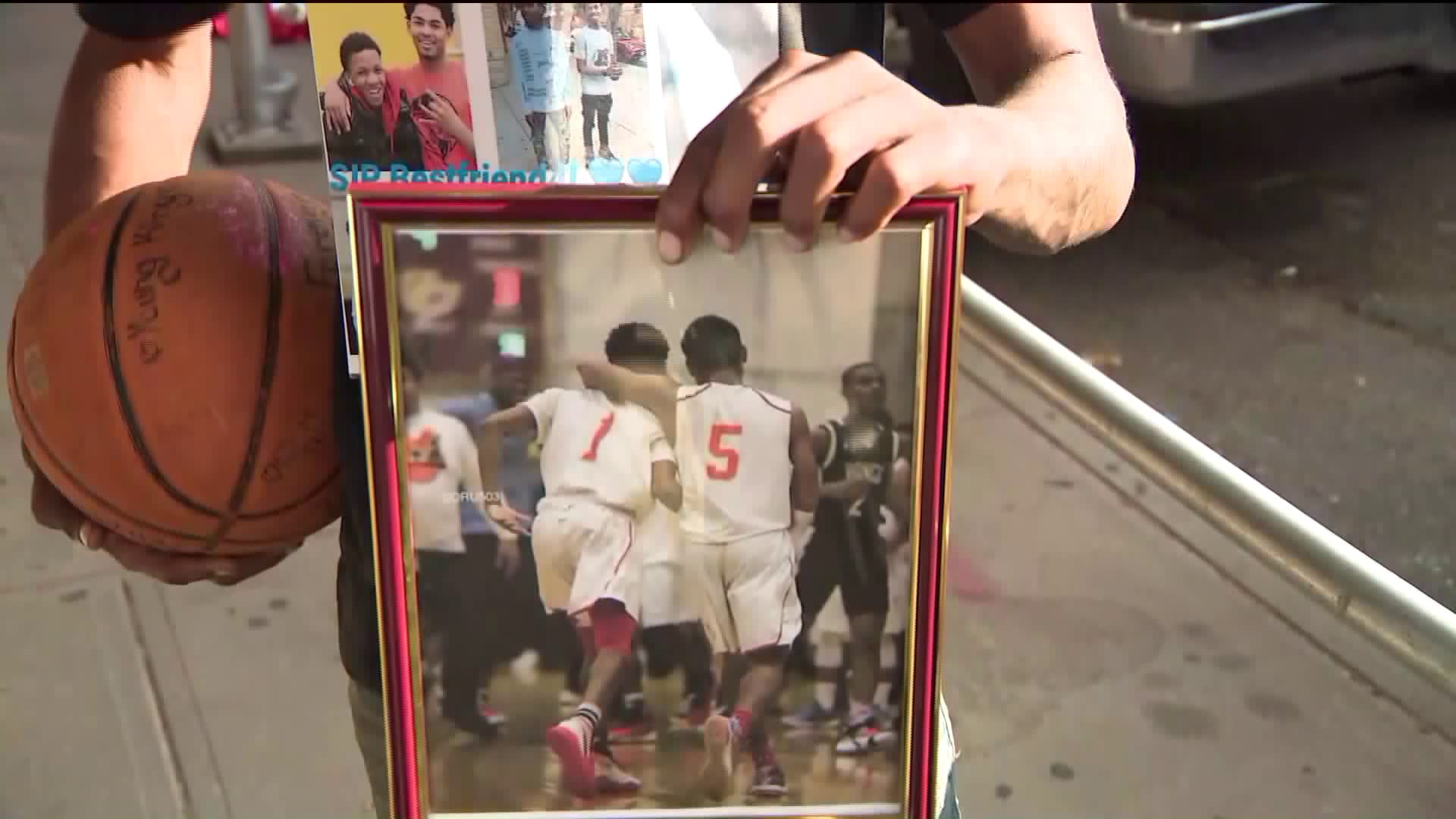 THE BRONX — Hundreds gathered outside James Monroe High School in the Bronx Tuesday to remember a slain teen.

Brandon Hendricks, 17, was gunned down after he went out for a friends birthday party over the weekend, just days after graduating from James Monroe High School.

By all accounts, Hendricks was a star on and off the basketball court. He was planning to head to college out west to pursue basketball and a degree. Instead, hundreds gathered outside the high school to mourn his death while trying to keep his legacy alive.

Teammate Hammad Singleton said he and Hendricks were so close, sometimes it was like they shared one mind.

"Like we just loved each other, that was my best friend, my closest friend," Singleton said.

Singleton transferred to Monroe so he could play basketball with Hendricks where the duo made up the starting back court.

And Singleton, who goes by the nickname Bam on the court, was by his best friend's side when he was shot over the weekend.

"He was telling me he's good, 'I'm good bro,'" Singleton said. "And his last words was like, 'I love you Bam and make sure you call my mom.'"

Coach Nigel Thompson said the way Hendricks carried himself on the court made other players gravitate to him.

"He was so persistent, he was so determined, he was passionate about what he did," Thompson said. "He was so thoughtful. And those things made him a great teammate."

Hendricks's Uncle Noel Ellison said the teen did everything his family asked him to do. Ellison said he's heartbroken his nephew can't continue on his journey.

It's why Singelton said he will do everything in his power to make sure the legacy of his best friend lives on.

"I'm going to study sports management, what he wanted to do, and I'm going to reach the goal of playing Division I for him," Singleton said.

Friends and family have created several GoFundMe pages in honor of Hendricks. The family said they'll use the money to start a scholarship in Brandon's name and to help community groups that work to end black on black crime.