Duo sought in attack on MTA bus driver in the Bronx: police 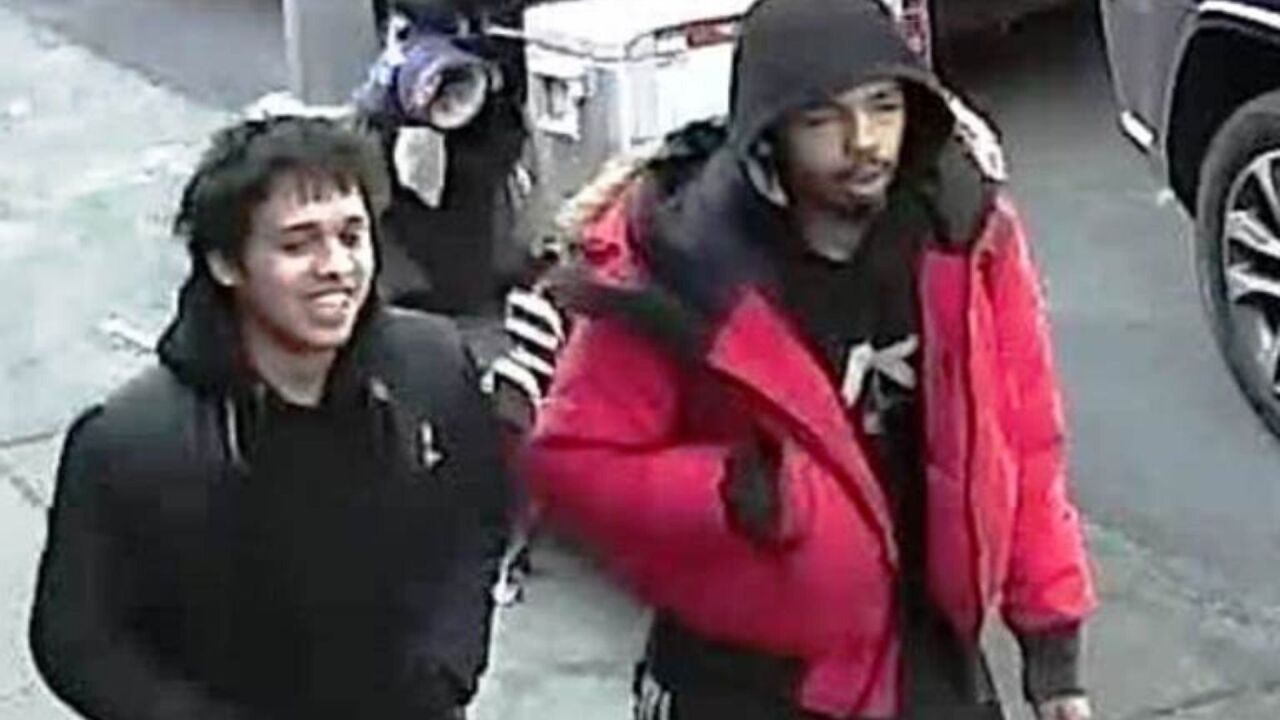 NYPD
Surveillance image of two men wanted by the NYPD in connection to an assault on an MTA bus driver in the Bronx on Monday, March 2, 2020, according to police.

SOUNDVIEW, the Bronx — Police are looking for two men they believe assaulted an MTA bus driver in the Bronx on Monday afternoon, according to the NYPD.

Authorities said around 1:30 p.m. the city bus operator exited his BX 27 bus at the corner of Boyton and Westchester avenues, in the Soundview section, to check on the condition of a school bus blocking his path.

While doing so, the two unidentified men approached the 54-year-old bus driver and started punching him multiple times before fleeing in an unknown direction, police said

Officials said the victim sustained swelling to his right eye and forehead and bruising to his knee, and was taken by EMS to a nearby hospital for treatment.

The NYPD has released the above surveillance images of the two men they're looking for.

The second individual is described as an adult male with a medium build and a mustache with a goatee. He was last seen wearing a red hooded winter jacket, a black hooded sweatshirt, black track pants with stripes, and gray sneakers.