Construction worker nearly hit by debris, another dangled from scaffolding in scary scene 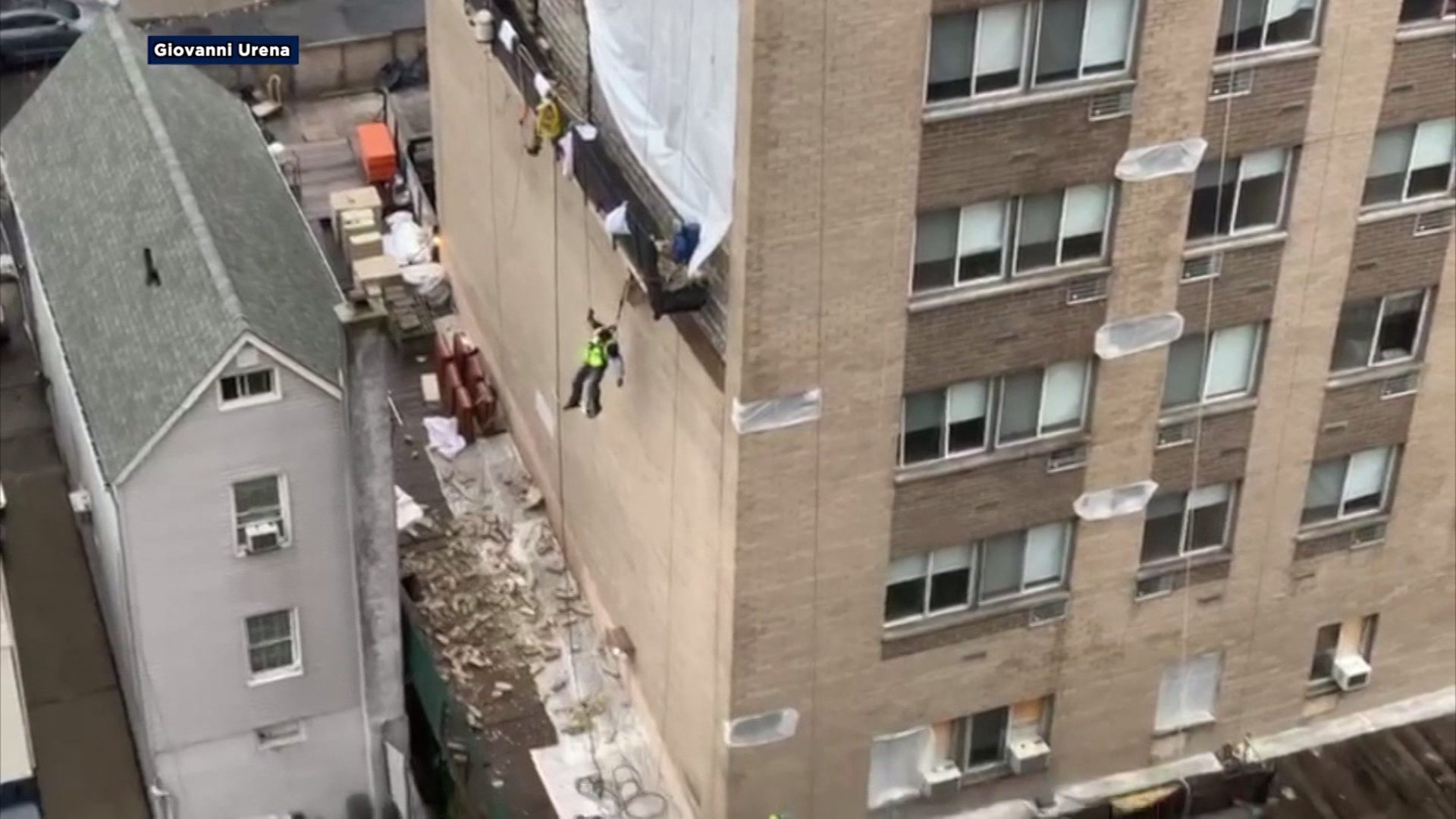 Video obtained by PIX11 shows the scary scene in the Bronx. 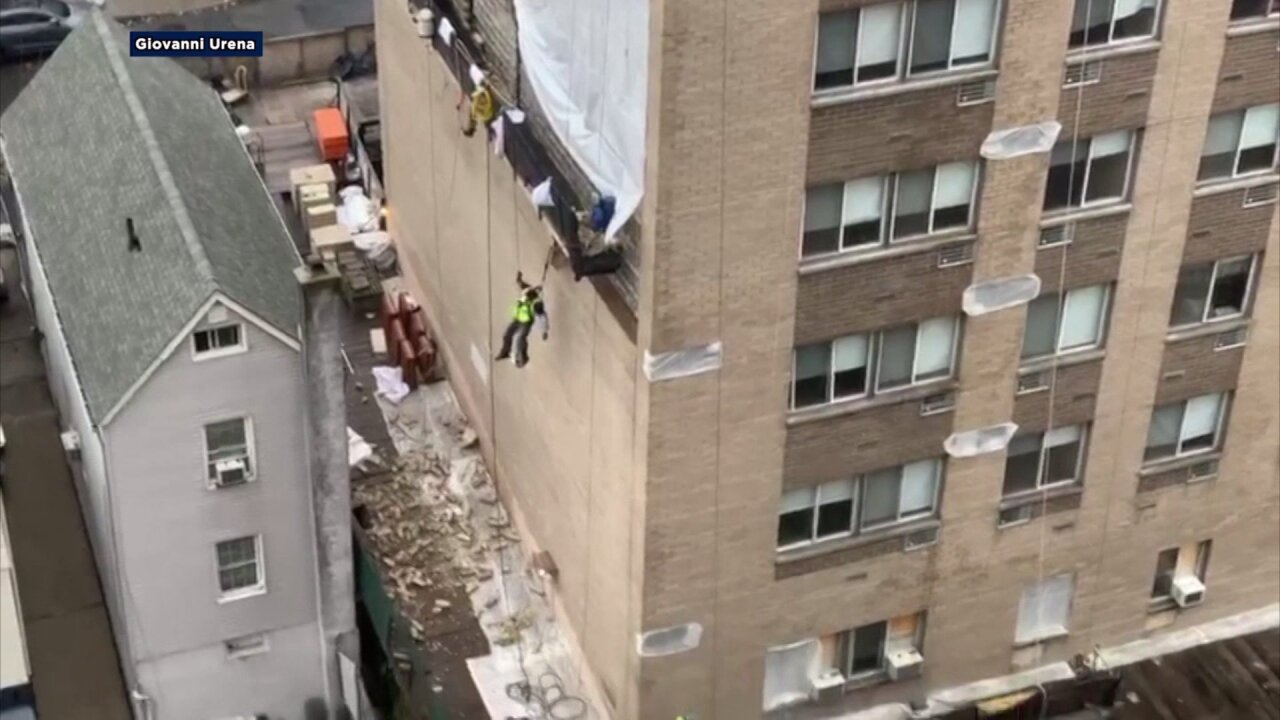 WILLIAMSBRIDGE, the Bronx — A construction worker in Williamsbridge was left dangling after the facade of a nursing home collapsed around 3 p.m. on Carpenter Avenue.

Video obtained by PIX 11 shows the construction workers frantically trying to help their co-worker as he dangles.

The facade that collapsed nearly struck another construction worker on the ground.

The man who was dangling from scaffolding was taken to a local hospital, according to FDNY.