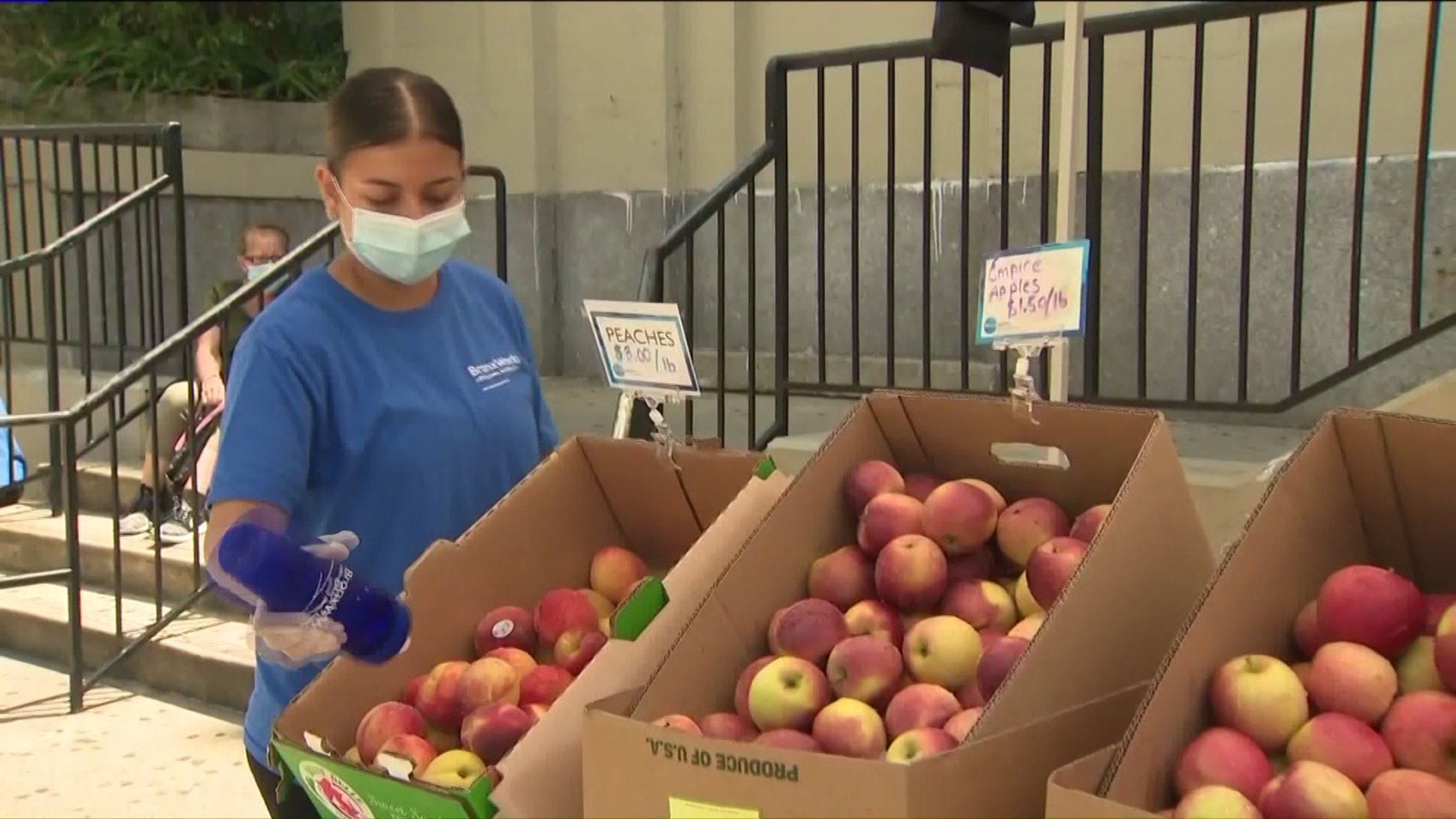 The freshest and most affordable peaches, apples, beets, blueberries and tomatoes are now being sold in the open air on the Grand Concourse.

SOUTH BRONX — The freshest and most affordable peaches, apples, beets, blueberries and tomatoes are now being sold in the open air on the Grand Concourse.

They come directly to the South Bronx from Upstate and North Fork farms.

To residents of this neighborhood, which has the highest rate of food insecurity in the country, said the produce at the Bronxworks Farm Stand is cheaper and so much better than what you find in the supermarket.

“It’s a great idea for the neighborhood. Everyone needs fresh food,” Chanae Fredericks, a South Bronx resident, told PIX11 News. “You feel sometime the food is sweeter. You feel like it’s fresh from someone’s garden. Not like in the supermarket where everyone is touching it."

Even before the coronavirus pandemic began, the Bronx was New York City’s hungriest borough.

A November report from Hunger Free America found that one in four Bronx residents was food insecure, including more than 20 percent of children, almost 24 percent of seniors and 17 percent of working adults.

The BronxWorks farm stand is so much more than peaches, red onions, apples and spinach.
There is learning component as customers are taught how to eat more nutritionally.

Customers were shown videos on how to prepare food in a delicious and healthy way; that’s the overall message of this farm stand, which is open every Thursday from 10 a.m. to 4 p.m.

“Our message is to make sure people realize when they make healthy choices, things aren’t going to taste bad,” Rachel Gill, the program director of BronxWorks Community Health programs, told PIX11 News. “When you buy fresh at a farm stand , there is some great flavor."