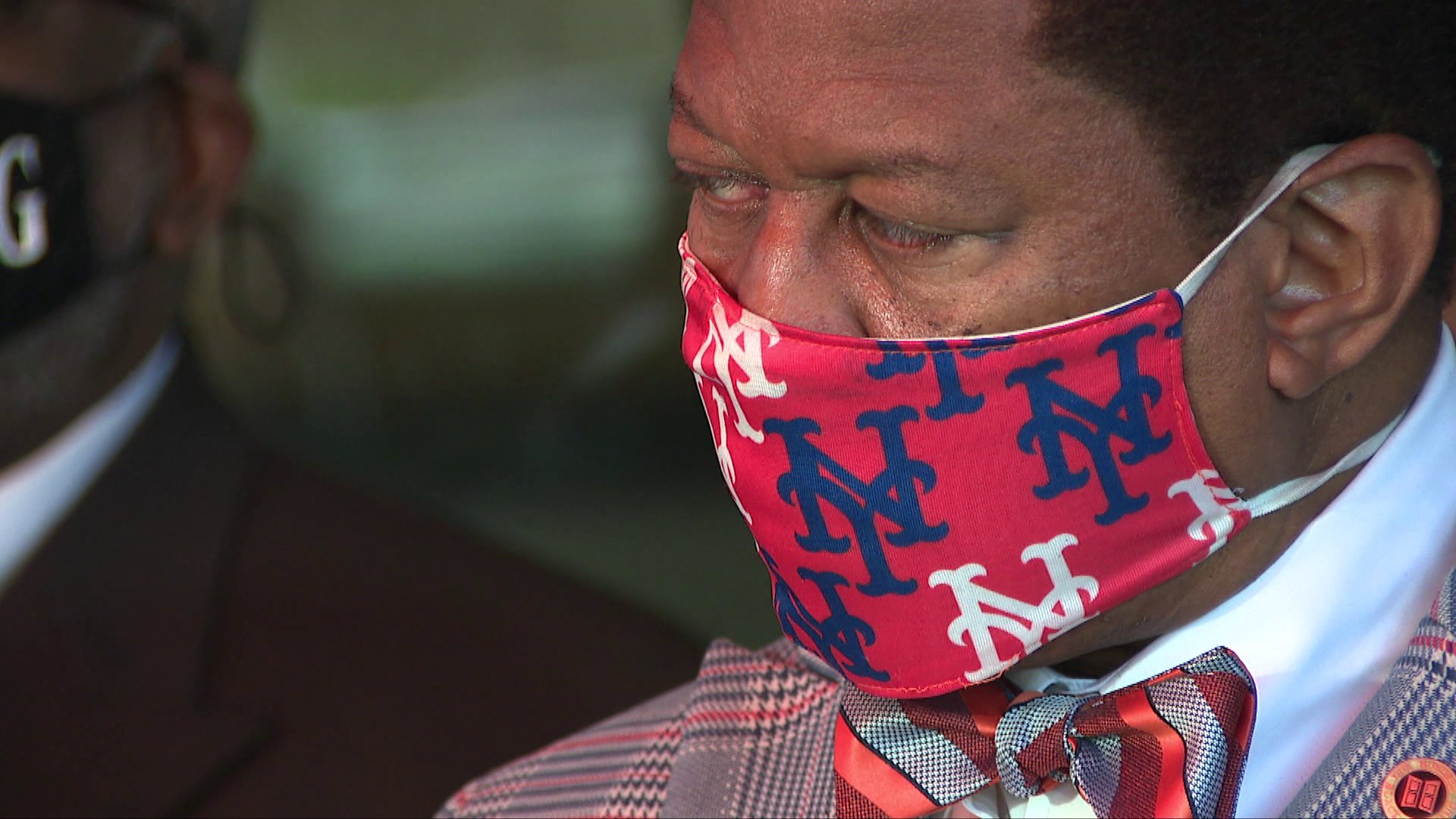 New York City Councilmembers will make the decision whether or not to expel Councilmember Andy King on Monday.

THE BRONX — The New York City Council is moving to expel one of its own, Bronx councilman Andy King, after a lengthy investigation into multiple allegations.

It’s a rare move by the ethics committee. In fact, the last time the City Council moved to expel a member was back in 1949.

Monday is when the vote is expected to take place but Friday, the embattled councilman held a news conference to address the allegations.

While he was in attendance, he didn’t say a word, his attorney did all the talking, saying the allegations are nothing but character assassination.

The Bronx lawmaker stood quietly alongside his attorney, Joey Jackson, at a news conference Friday outside of his office.

His attorney calling the allegations against the councilman, character assassination.

There are multiple allegations against Councilman King, including abusing his staff, stealing city funds, taking bribes and violating council policies and city regulations.

The council’s ethics committee announced earlier this week, it found substantial evidence of misbehavior during the panel’s third investigation into the democratic politician.

Council Speaker Corey Johnson, tweeting he would back an expulsion vote.

“The fact is what you would witness in this preceding would turn your stomach,” he said.

The 58-year-old embattled councilman is no stranger to controversy.

Back in 2018, he was ordered to take sensitivity training after the ethics committee determined he sexually assaulted one of his staffers. And last year, he was suspended and fined $15,000 for misusing city funds and retaliating against an employee who reported misbehavior.

Still, his legal team is fighting or him, saying there is evidence that can exonerate him and his many of his constituents are supporting him, calling him a great leader.

Jackson says we will all hear from the councilman after Monday's vote.