Car and motorcycle collide in the Bronx 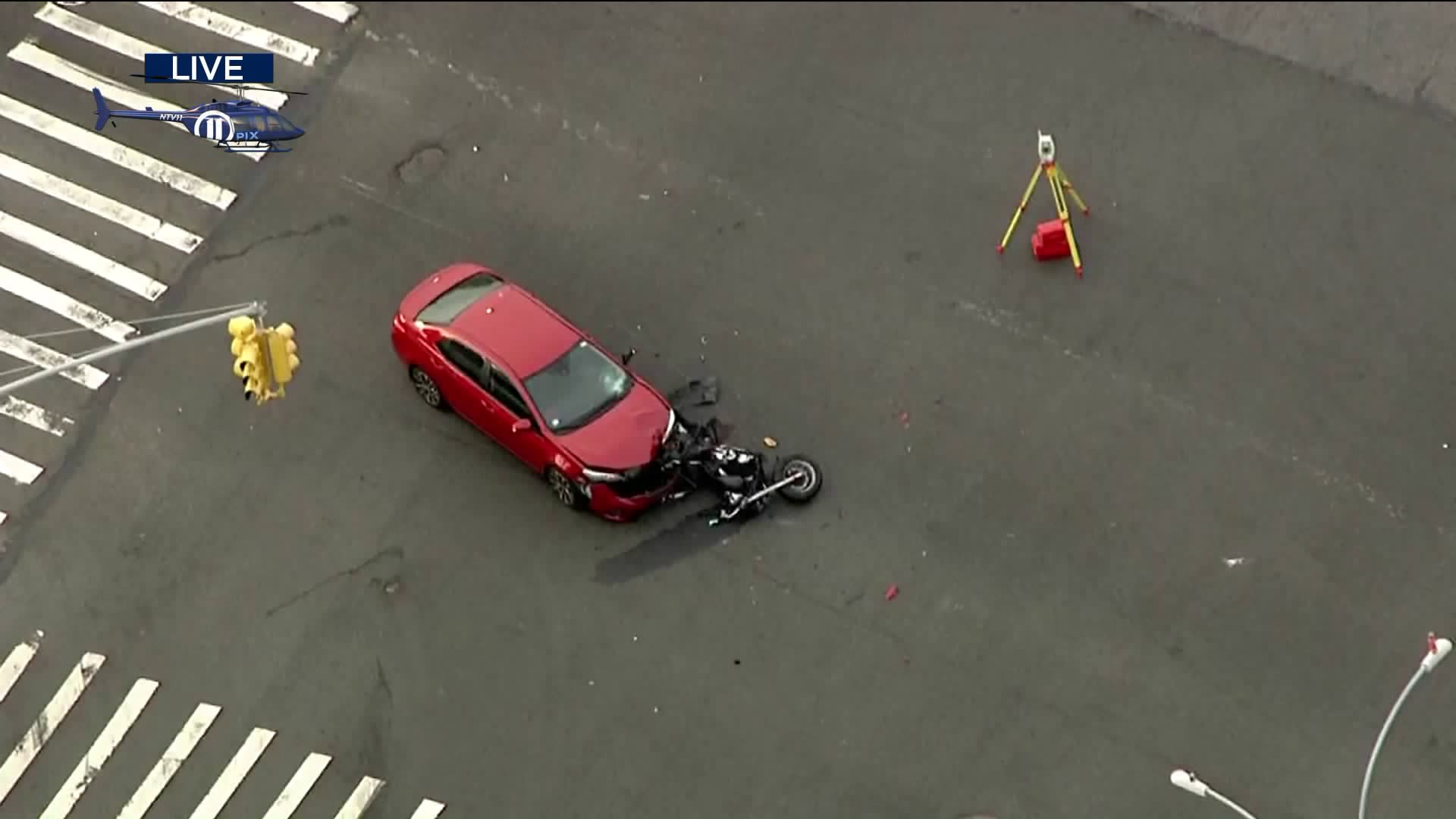 AIR11 was over the scene after what appears to be a collision between a car and a motorcycle on Bruckner Blvd. in the Bronx Wednesday morning. At least one person was injured at the crash, at the intersection of Bruckner and White Plains Road, police said. The southbound lanes of Bruckner Blvd. were closed due to the crash.

SOUNDVIEW, the Bronx — At least one person was injured when a car and motorcycle collided in the Bronx Wednesday morning, police said.

AIR11 was over the scene of the crash at the intersection of Bruckner Blvd. and White Plains Road in the Soundview section of the borough.

It is not currently clear what exact time the collision occurred or the extent of the injuries.

AIR11 reported that westbound lanes of Bruckner Blvd. were closed due to the crash. The Bruckner Expressway is not affected by the incident.

Correction: The lanes closed of Bruckner Blvd. have been updated.