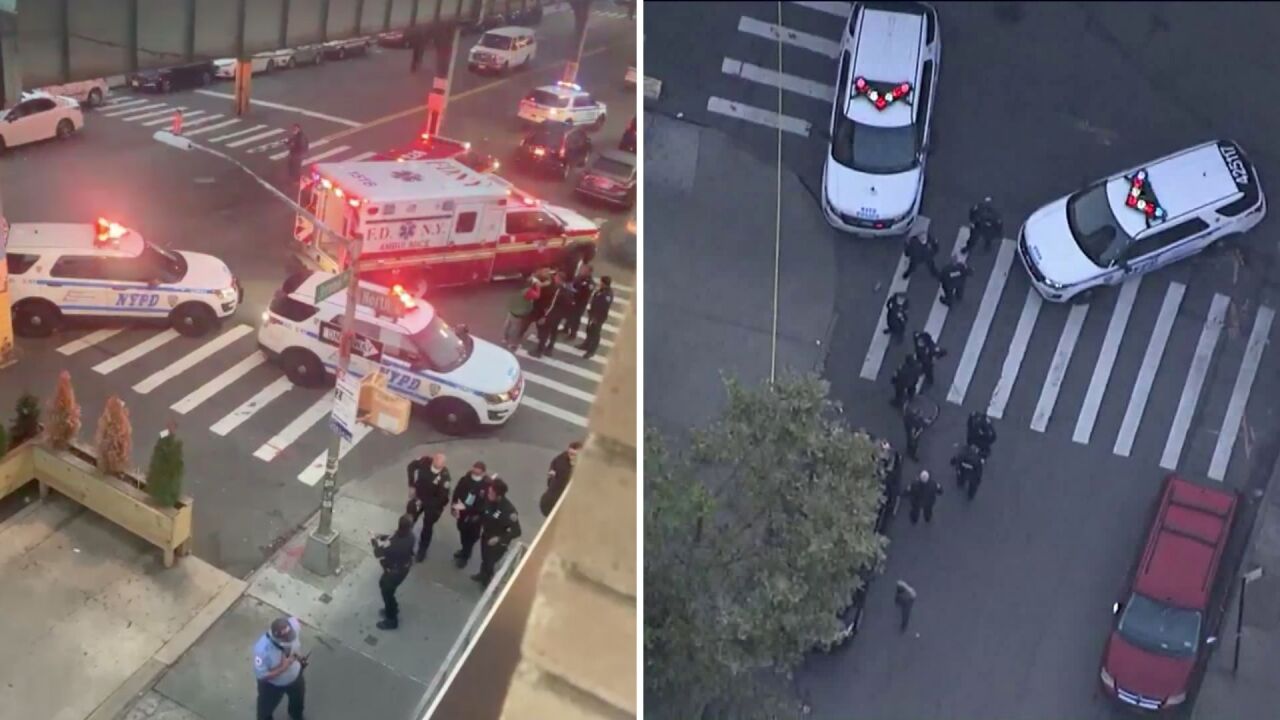 Citizen App/AIR11
At least three people were shot when gunfire erupted on a Bronx street in the Fordham Manor section, the NYPD said.

UNIVERSITY HEIGHTS, the Bronx — The 19-year-old Bronx woman killed in a Monday morning shooting inside a University Heights club had survived an earlier shooting on a Bronx street in June this year, authorities said.

The victim was identified as Wendolin Ortiz.

Chief of Detectives Rodney Harrison told PIX11 News two men were also injured in the Monday shooting, which happened just after 7 a.m. along Jerome Avenue, at the corner of North Street.

"This is an illegal social club, so it's not supposed to be open, period," Chief Harrison said. "We're looking for someone to come forward and utilize our Crime Stoppers hotline."

Regarding the earlier shooting that Ortiz had survived, the chief said it happened June 20 on a street in the confines of the 44th Precinct.

Three other people were shot with Ortiz in the June incident.

PIX11's Mary Murphy shared the latest on the incident.