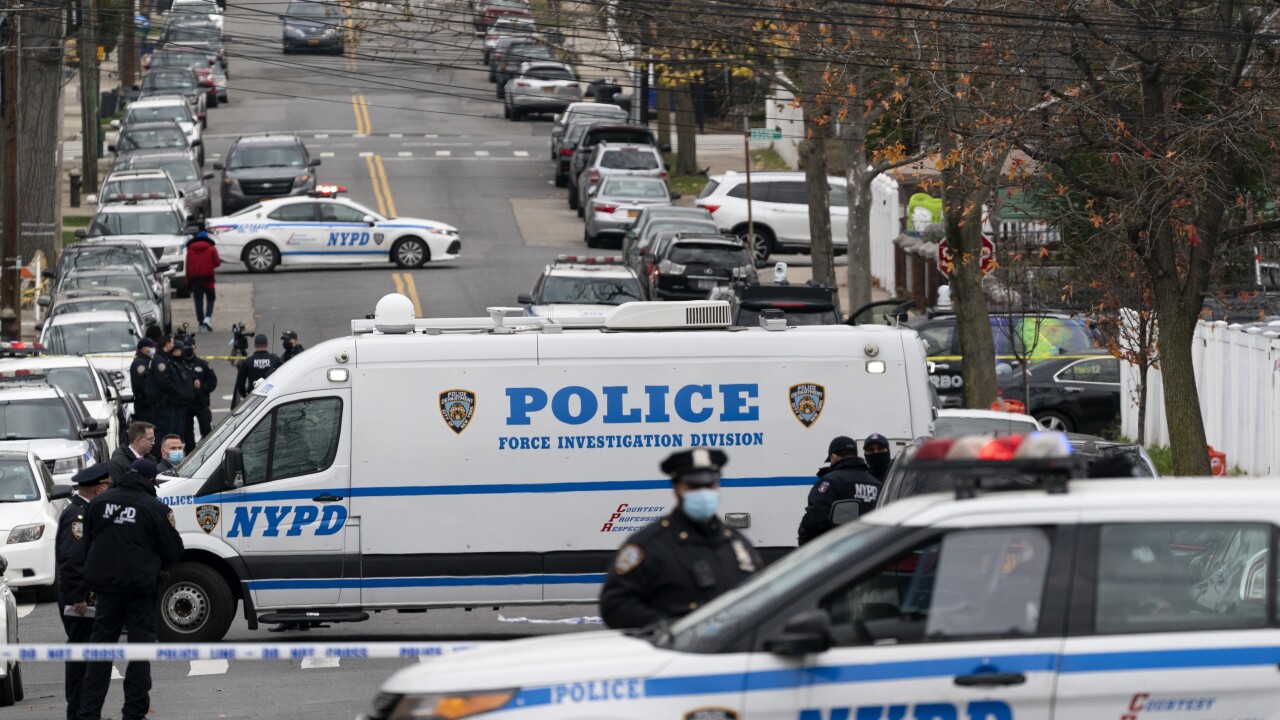 Mark Lennihan/AP
Police vehicles are parked near the scene of a shootout between a fugitive suspect and U.S. marshals in the Bronx on Dec. 4, 2020.

NEW YORK — Authorities arrested a Bronx man on Monday after he let a friend charged with shooting a Massachusetts state trooper stay with him and then lied when U.S. marshals arrived.

The encounter on Friday resulted in a gunfight in which the fugitive was killed and two deputy U.S. marshals were injured.

Federal prosecutors in Manhattan announced the arrest of 35-year-old Grant Grandison. They said Grandison let fugitive Andre Sterling stay in his Wakefield apartment after the trooper was shot in the hand during a traffic stop on Nov. 20.

Sterling, 35, was struck multiple times during the shootout with the deputy marshals and died at the scene, officials said. The marshals who were shot are expected to recover, according to federal officials.