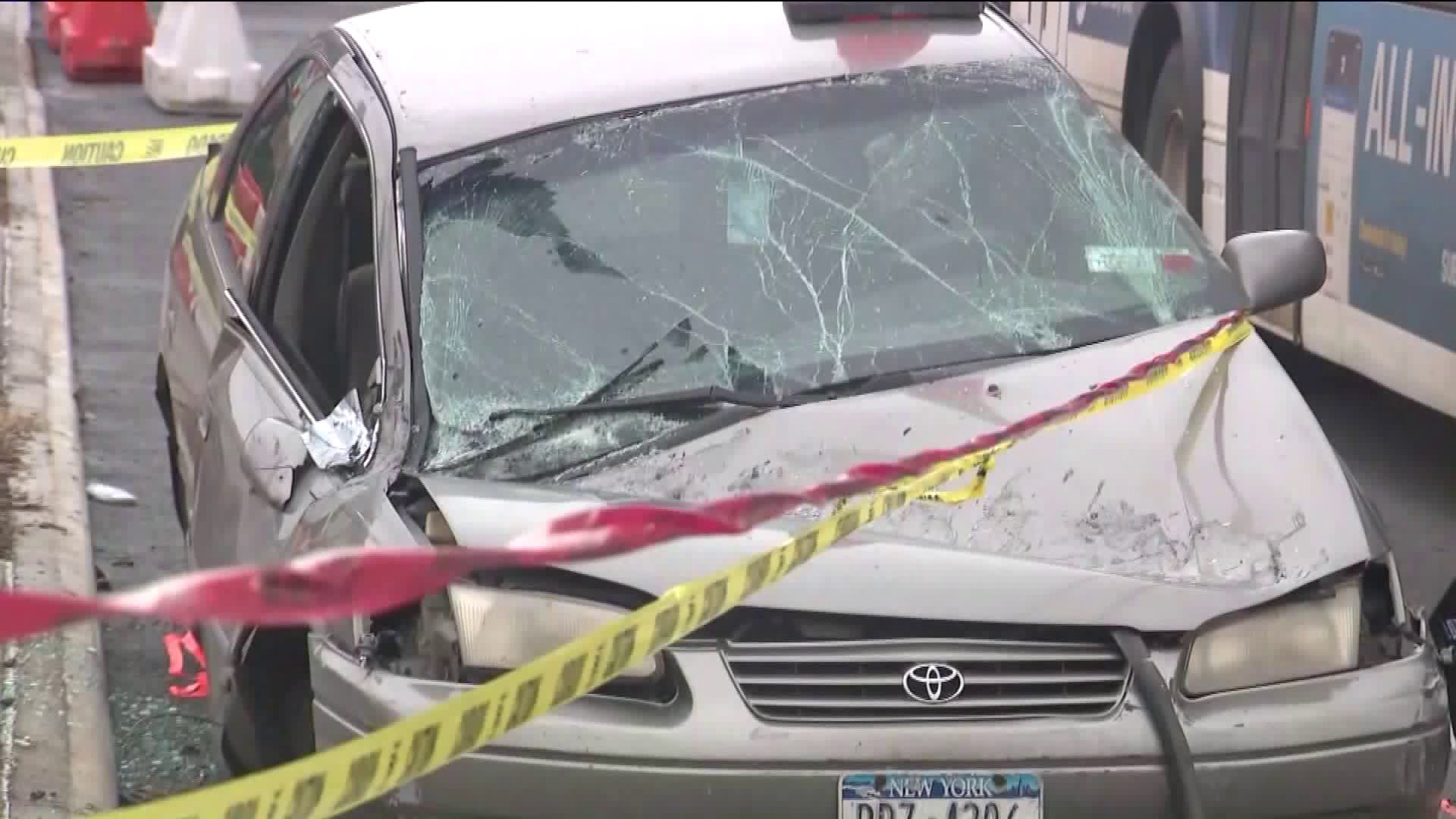 As the turbine in the Bronx partially collapsed, it smashed into an adjacent three-sided illuminated billboard, causing that also to break apart and come tumbling down to the street and cars below.

BAYCHESTER, the Bronx — A wind turbine fell because of windy conditions and, miraculously, no one was hurt, but many in the Bronx are asking why was there a wind turbine way up high in the sky in the first place.

Reggie Connell grew up in Baychester. He and friend Bob Williams couldn’t understand how the city Department of Buildings ever approved a permit for a wind turbine on a 200-foot pole.

“Shoddy work,” Connell said. “There are lots of kids here. It could have been a national tragedy."

“It confounds us all,” Benedetto dai. "Why was this allowed to be put up in the first place?"

Benedetto has been a leader in a nearly five-year court battle to stop the giant LED billboards on the corner of Baychester and Bartow Avenues, whose bright lights had been disturbing the sleep of nearby Co-Op City residents for years.So when a wind turbine was erected on an even higher pole in mid-December, he was even more incensed.

He blamed the shoddy wind turbine and this near tragedy on both the property owner and the city.

“The Department of Buildings who didn’t do due diligence before it went up and after it went up,” Benedetto said. “For three weeks, we’ve been yelling bloody murder."

A DOB spokesperson said the property owner, Baychester Retail LLC, did have a legal permit for the wind turbine, adding that a vacate order for the three businesses below the monopole will be lifted once the area is deemed safe.

That’s not good enough for some elected officials.

“It’s too high to be put in such a residential area,” State Senator Jamaal Bailey told PIX11 News. "We’re going to do some legislation to combat this from happening again."

The day after the turbine toppled, several stores below the wind turbine remained shuttered including a 7-11, a Sherwin Williams pain store and a Drug Box.