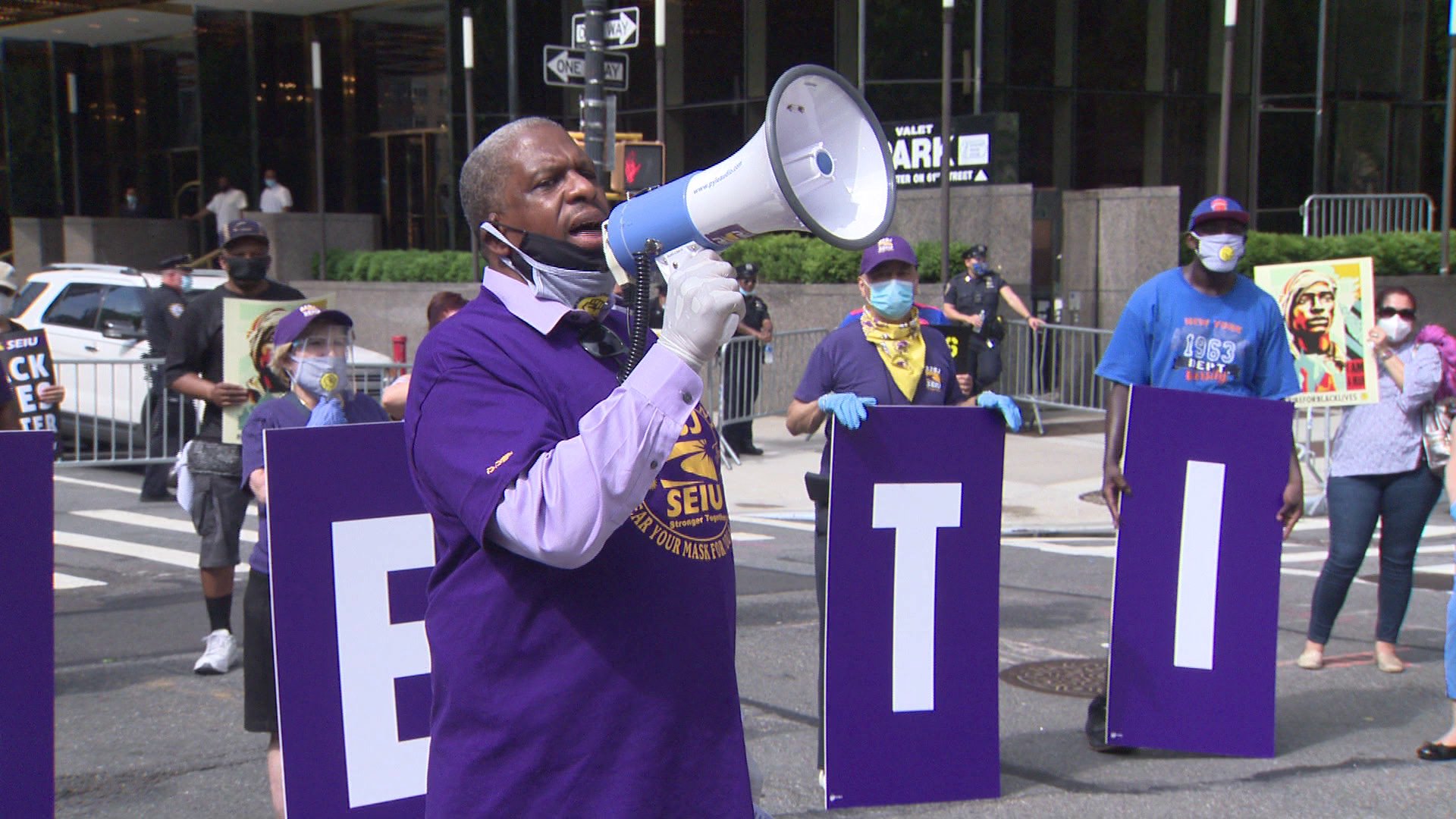 Dubbed the “Strike for Black Lives,” the protest was arranged by labor unions and social and racial justice organizations, which planned a range of actions in more than two dozen U.S. cities. 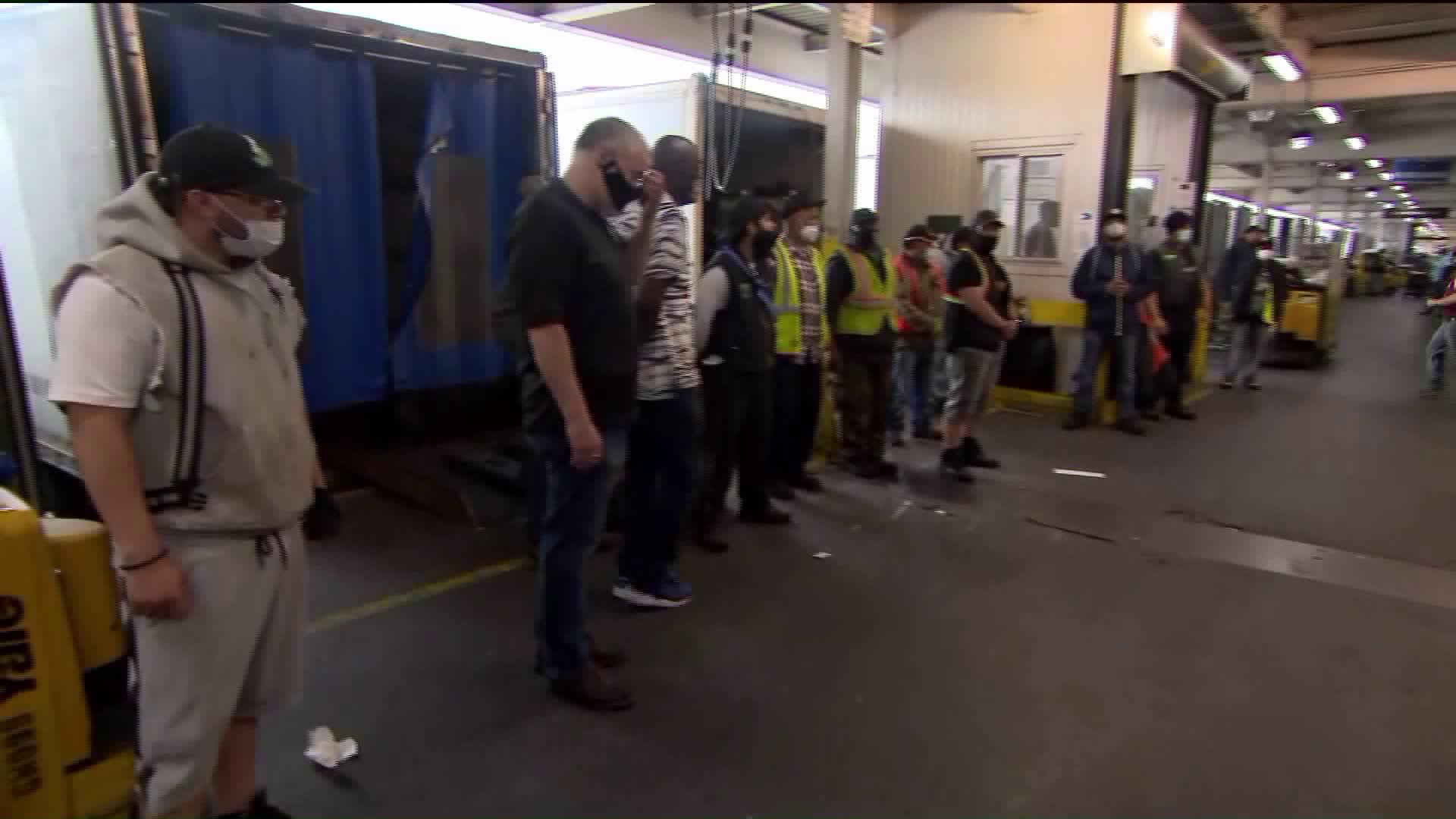 THE BRONX — Thousands of union workers across the U.S. participated in "Strike For Black Lives" Monday to protest systemic racism and economic inequality that has only worsened during the coronavirus pandemic.

Where work stoppages were not possible for a full day, participants either picketed during a lunch break or observed moments of silence to honor Black lives lost to police violence, organizers said.

At the Hunts Point Produce Market in the Bronx around 1,400 workers did just that with a timed walkout in support of racial and social justice.

The 7 a.m. strike lasted 8 minutes and 46 seconds, the amount of time a Minneapolis police officer pressed his knee down on George Floyd's neck before his death in May.

The workers took time out of their shifts and went to their respective loading docks for the silent vigil.

The food market employees also made a point that they have continued to work through the pandemic, staying protected with masks, face shields and hand sanitizer, to ensure the safety of the workers and food supply.

In Manhattan, local labor unions stood together outside the Trump International Hotel and Tower, uniting the voices of city workers from nurses to doormen.

"They are fighting a battle on two fronts," Sen. Chuck Schumer told the crowd outside the hotel. "The pandemic that has hit hard communities of color and the economy plagued by racism and bigotry."

Organizers of the "Strike For Black Lives" said tens of thousands of people would walk off the job Monday in more than two dozen U.S. cities.

The “Strike for Black Lives” also aimed to place more pressure on the U.S. Senate to pass The Heroes Act, a $3 trillion bill that includes federal hazard pay for essential workers and billions in rental assistance.

However, Senate Republicans are expected to unveil a new final stimulus bill after their return to Washington this week with the assistance of President Donald Trump.