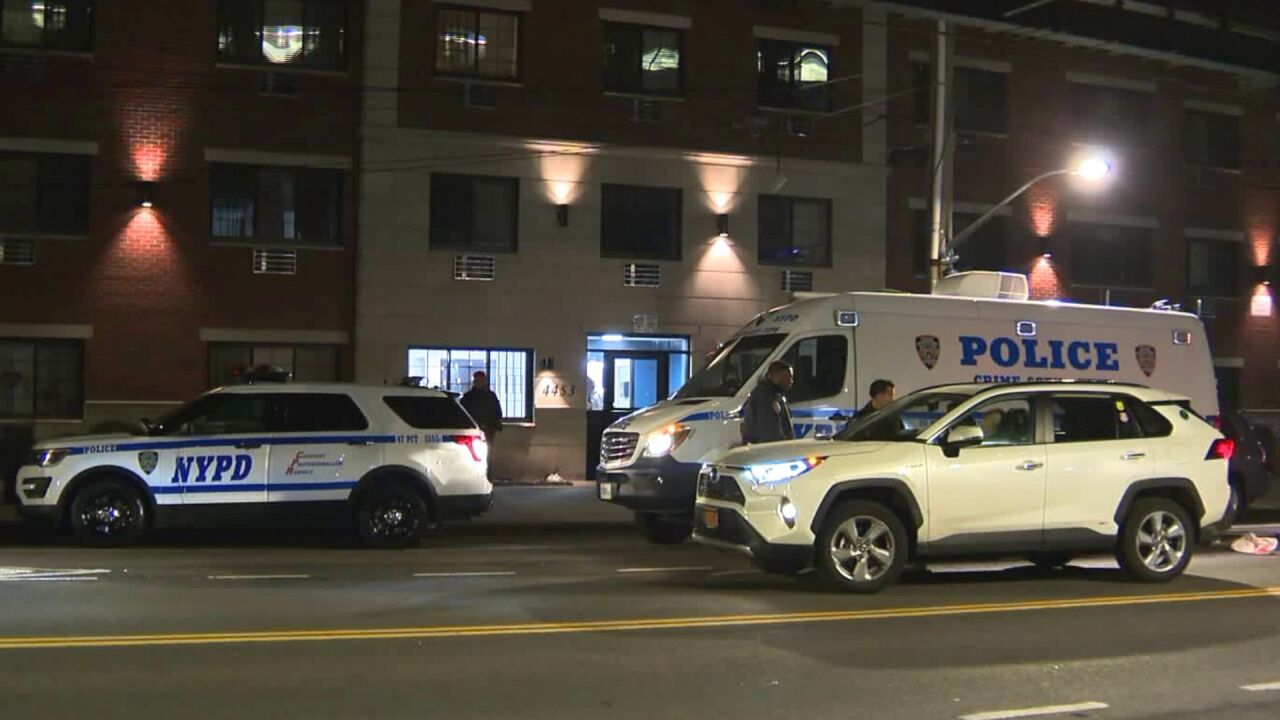 PIX11 News
Police on the scene after a 43-year-old man was fatally shot in the chest inside an apartment building lobby in the Wakefield section of the Bronx late Monday night, Feb. 3, 2020, officials say.

WAKEFIELD, the Bronx — A man is dead after being shot in the chest inside his Bronx apartment building lobby Monday night, according to police.

Officials said responding officers found the 43-year-old man with a gunshot wound to the chest around 9:12 p.m. in the lobby of the building on White Plains Road, near East 239th Street in the Wakefield section of the Bronx.

EMS rushed the man to a local hospital where he was later pronounced dead, authorities said.

A woman on the scene who said she is victim's mother said she does not think he was the intended target. She suggested it could have been a case of mistaken identity or that he was perhaps an innocent bystander. Police have not confirmed or commented on these theories.

His mother said he lived with her in the building and was coming home from the store where he picked up groceries like bread and cereal.

No arrests have been made and the investigation is ongoing, police said.