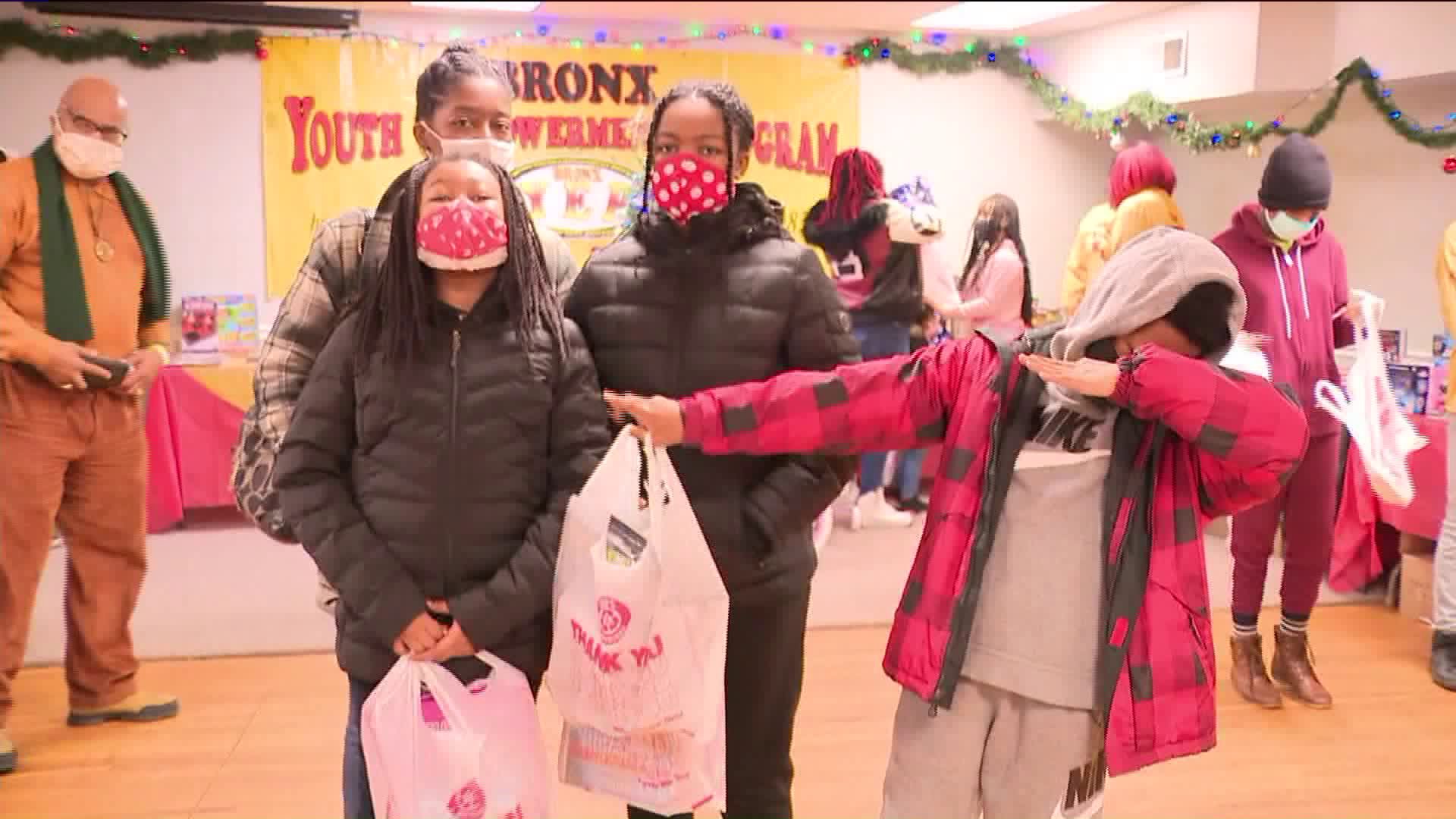 The Bronx Youth Empowerment Program hosted its annual toy and food drive to spread holiday cheer, something needed now more than ever.

THE BRONX — The Bronx Youth Empowerment Program hosted its annual toy and food drive to spread holiday cheer, something needed now more than ever.

Program President Victor Rodriguez explained that because of the pandemic, many lost their jobs and couldn't afford gifts for Christmas.

"I don’t want the kids to be disappointed," he said.

Resident Jessie Norment's family was hit hard by the pandemic.

“We lost a few, but thankfully everyone is doing well now," Norment said. "This type of event is very helpful because a lot of people don’t have jobs and they lost the breadwinner of the family."

Norment’s three children, including her 11 -year-old son, were excited for the gifts.

A few members of the armed forces stopped in, thinking they were volunteering their time; instead, they received encouragement and support .

“This was a surprise," one member of the armed forces said. "It’s nice to see that people still want to support us. It’s tough being a soldier.”