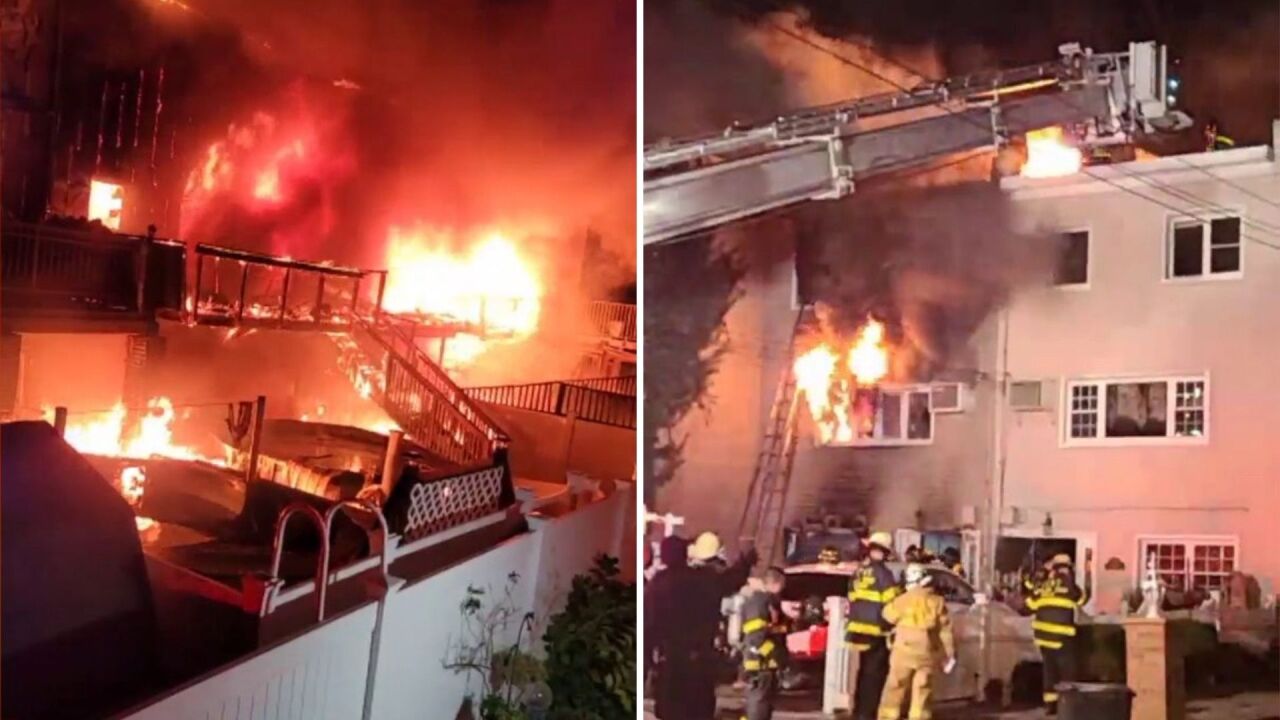 Citizen App
Fire ripped through three homes on Harding Avenue in the Throgs Neck section early Monday, Nov. 16, 2020, according to the FDNY. Two firefighters were injured. 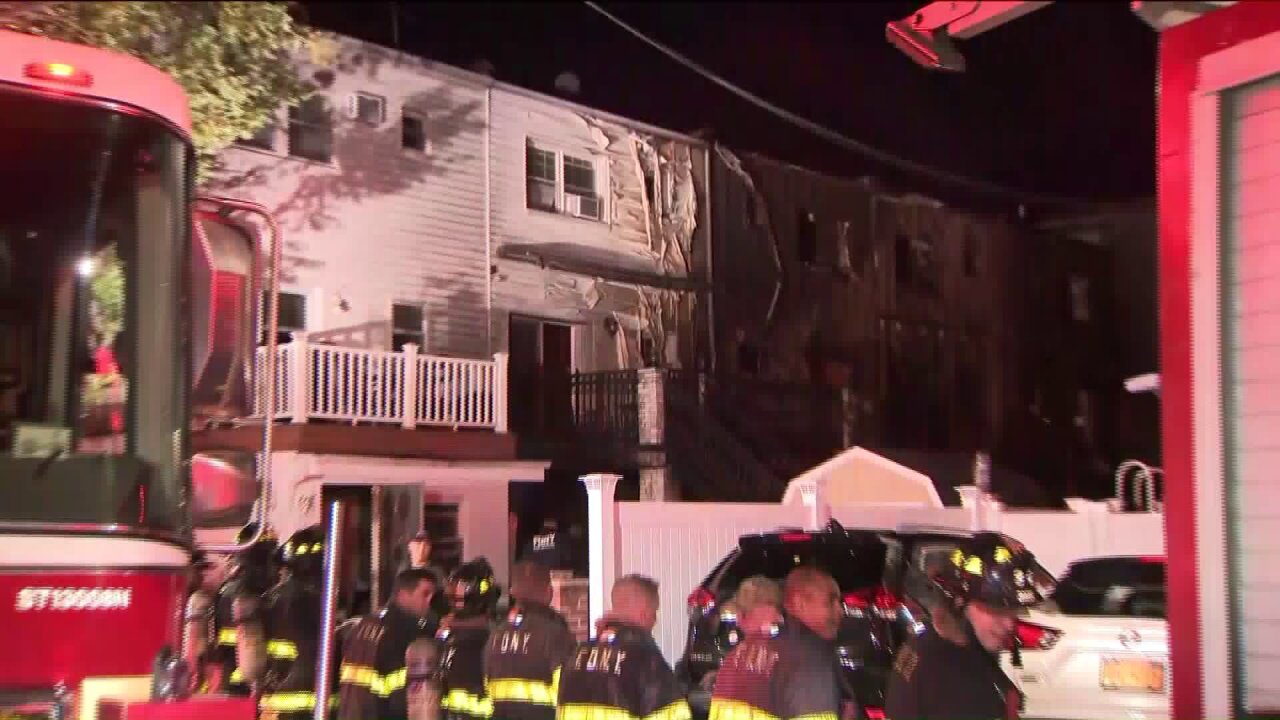 THROGS NECK, the Bronx — At least three houses were destroyed when a large fire ripped through a row of homes on a Bronx street early Monday, according to the FDNY.

Fire officials said crews responded around 1:25 a.m. to a call for flames in in the three, private dwellings at 2580, 2582 and 2584 Harding Ave., near Emerson Avenue, in the Throgs Neck section.

The fire started in 2580 and quickly spread to the two neighboring homes, officials said.

The FDNY said 138 firefighters from 33 units responded to battle the blaze in the three-story homes.

Authorities said two firefighters were hospitalized but the extent of their injuries was not immediately clear.

The fire was officially placed under control just before 3 a.m., the FDNY said.

No other injuries had been reported as of early Monday morning and the cause of the fire was still under investigation.

At least one family was displaced, losing their home and all of their belongings, according to a GoFundMe campaign set up to help get the family back on their feet.

Eric and Darlene Coleman, both essential workers, shared the home with their three youngest children, according to the campaign set up by their eldest daughter.