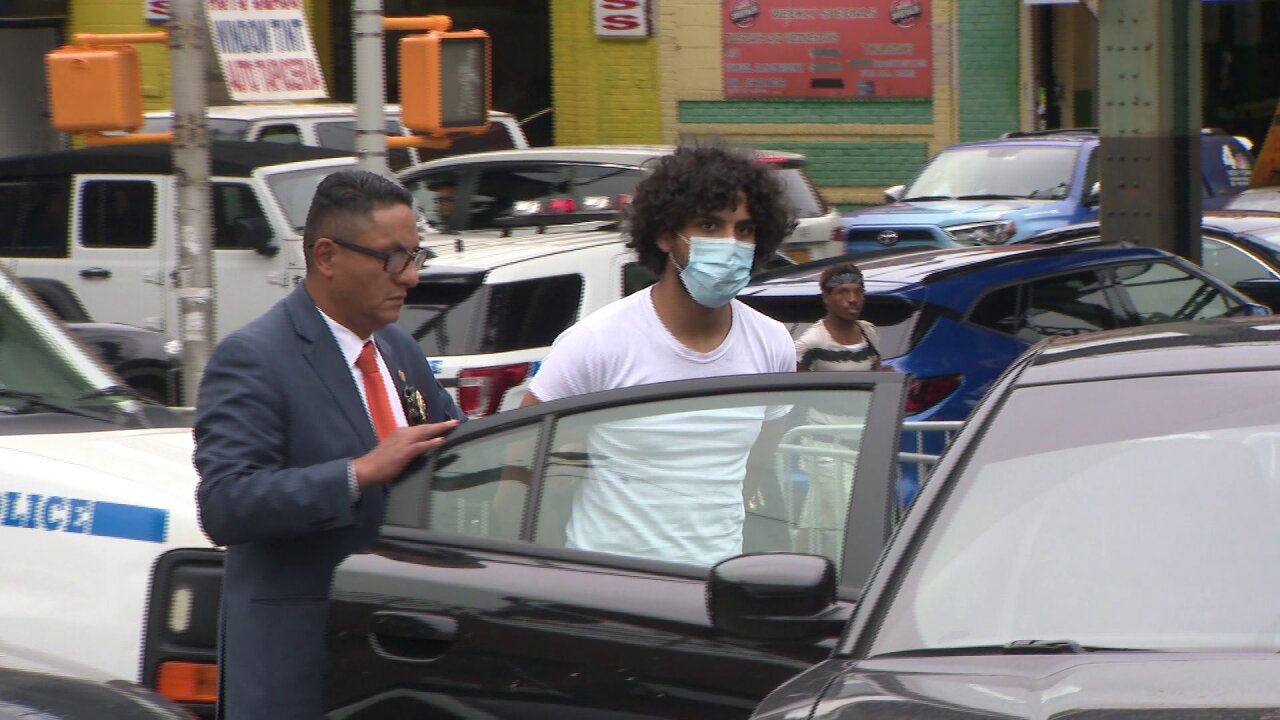 Adones Betances, 22, faces charges of murder and manslaughter in the death of Winston Ortiz, according to the criminal complaint against him.

HIGHBRIDGE, the Bronx — The Bronx's top prosecutor promised justice Thursday for a teen stabbed and set on fire in a Highbridge apartment building.

Adones Betances, 22, allegedly argued with Winston Ortiz, 18, inside a Woodycrest Avenue apartment on Aug. 12. Betances was upset about his sister’s relationship with the teen. The 22-year-old man allegedly repeatedly stabbed Ortiz, poured an accelerant on him and set him on fire, District Attorney Darcel Clark said.

“The victim, Winston Ortiz, was a family-oriented, churchgoing young man who had his life cut short in a horrific way," Clark said. "We will get justice for him and help his parents and siblings as they grapple with the disturbing, gruesome death he suffered.”

Building residents hear Ortiz' screams and rushed to help, police said. They put out the fire and called 911. Ortiz was rushed to a hospital where he died a few hours later.

”He was a very good boy, very educated," she said.

Betances was charged with first and second-degree murder and first-degree manslaughter during his indictment Thursday. He's expected back in court on Jan. 14.