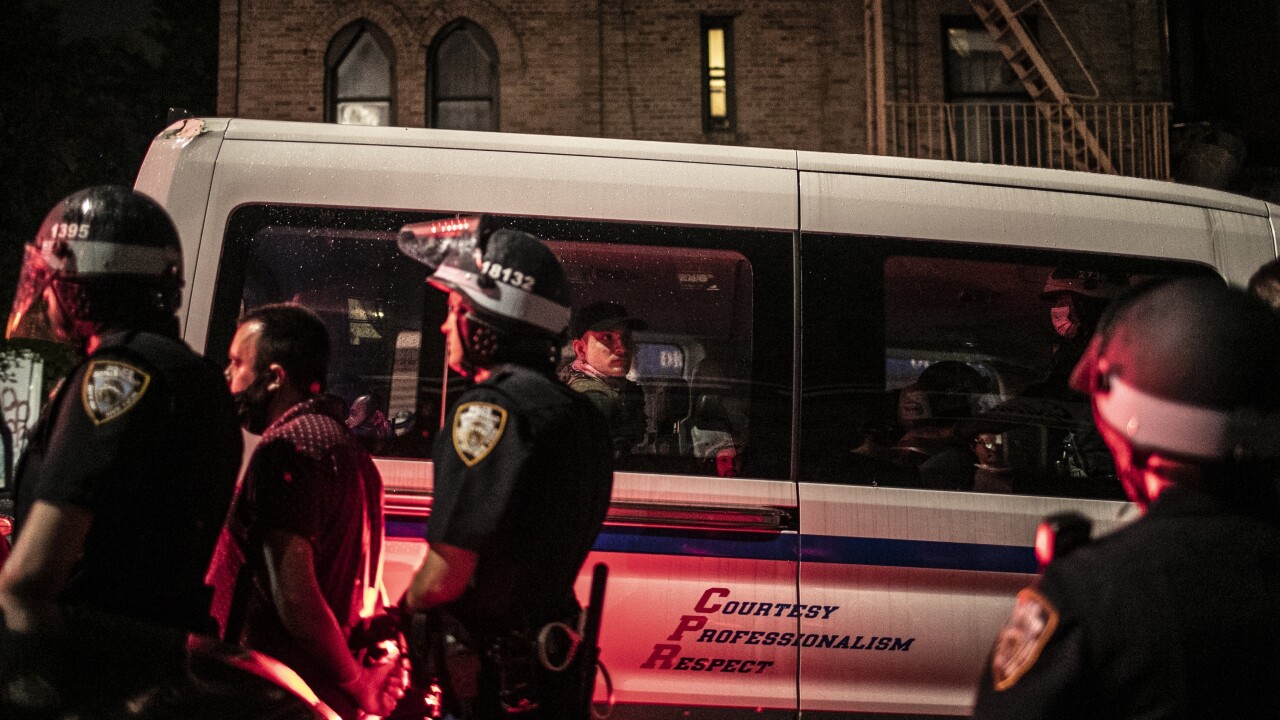 Wong Maye-E/AP
Protesters are taken away in a police van after they were arrested for breaking a curfew during a solidarity rally calling for justice over the death of George Floyd, Friday, June 5, 2020, in the Brooklyn borough of New York. Floyd, an African American man, died on May 25 after a white Minneapolis police officer pressed a knee into his neck for several minutes even after he stopped moving and pleading for air. (AP Photo/Wong Maye-E)

MOTT HAVEN, the Bronx — The Bronx district attorney announced on Tuesday a motion to dismiss hundreds of summonses issued for violating the city's curfew during large protests in June.

District Attorney Darcel Clark said her office will file the motion Thursday with the supervising judge of Bronx Criminal Court to toss "more than 300" summonses.

The June 4 protest in the Mott Haven section of the Bronx was one of multiple to break out across the city in the wake of the killing of George Floyd by the Minneapolis Police on May 25.

"I believe in and encourage our Bronx residents to raise their voices to protest social and racial injustice in a peaceful way," DA Clark said in a statement. "I said back in June that I would not prosecute protesters simply for violating curfew."

Clark's office does not actually prosecute summonses, which is why her office is filing the motion for the dismissals.

The DA cited the ongoing coronavirus pandemic and its effect on the court system as part of the reason she believes the summonses should be thrown out.

"As the COVID-19 virus is still very much with us, and the courts are trying to limit in-person appearances, I believe it serves no purpose to summon hundreds of people...for low-level violation," Clark said.

Clark assured her office is still moving forward with prosecutions of those charged with serious offenses, such as burglary, looting and assault, amid June protests, many of which occurred on June 1 in the Fordham section.

Mayor Bill de Blasio and Gov. Andrew Cuomo announced a one-night curfew on June 1 after unrest grew, in some cases violently, in the city and across the country in the days following Floyd's death.

The following day, de Blasio extended the 8 p.m. curfew through June 7, however he eventually lifted it a day early.