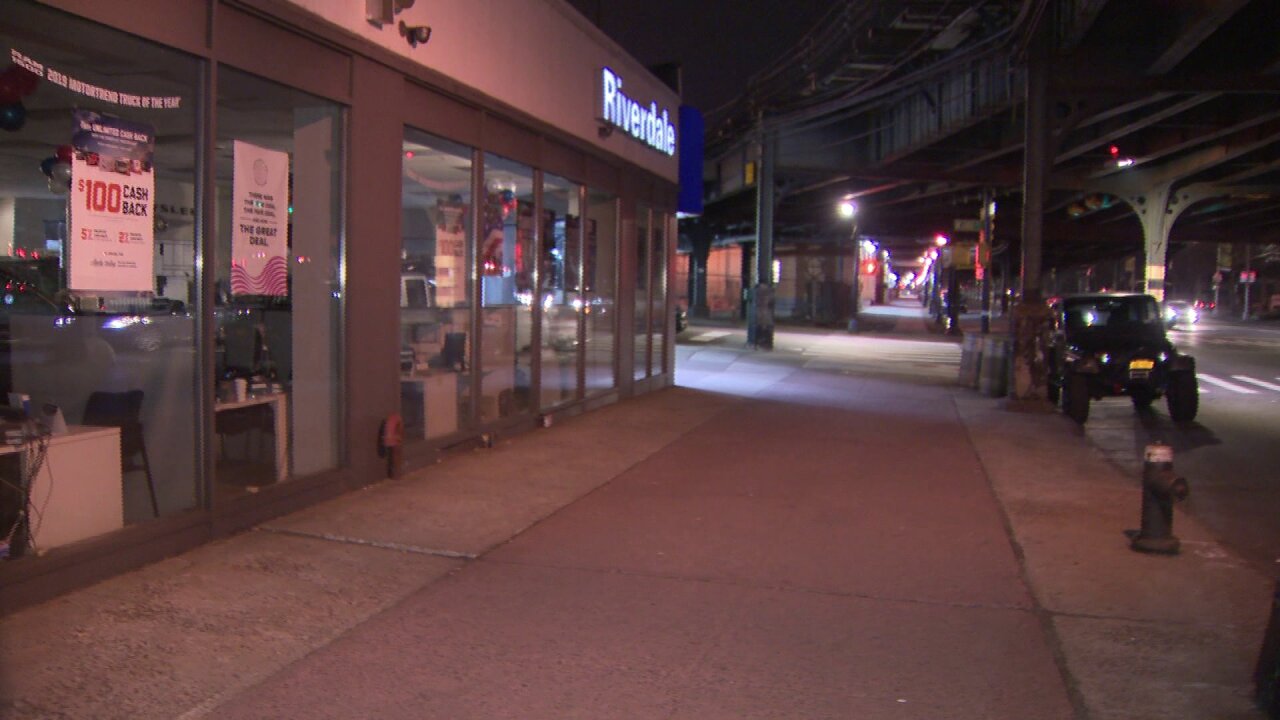 PIX11 News
Bronx car dealership where a 22-year-old employee was stabbed to death on Monday, Feb. 24, 2020, according to police.

KINGSBRIDGE, the Bronx — A Bronx car dealership employee is facing multiple charges, including murder, after allegedly stabbing another worker to death Monday after an ongoing dispute, police said.

Brandon Almonte, a 22-year-old Yonkers man, was stabbed repeatedly in the neck at the dealership on Broadway, officials said. He was rushed to a local hospital where he was pronounced deceased.

A knife was recovered at the scene and 53-year-old Jose Almodovar, of the Bronx, was arrested, according to police.

Almodovar is being charged with murder, manslaughter and criminal possession of weapon, officials said Tuesday.

It's not yet clear what the dispute between the two men was about.