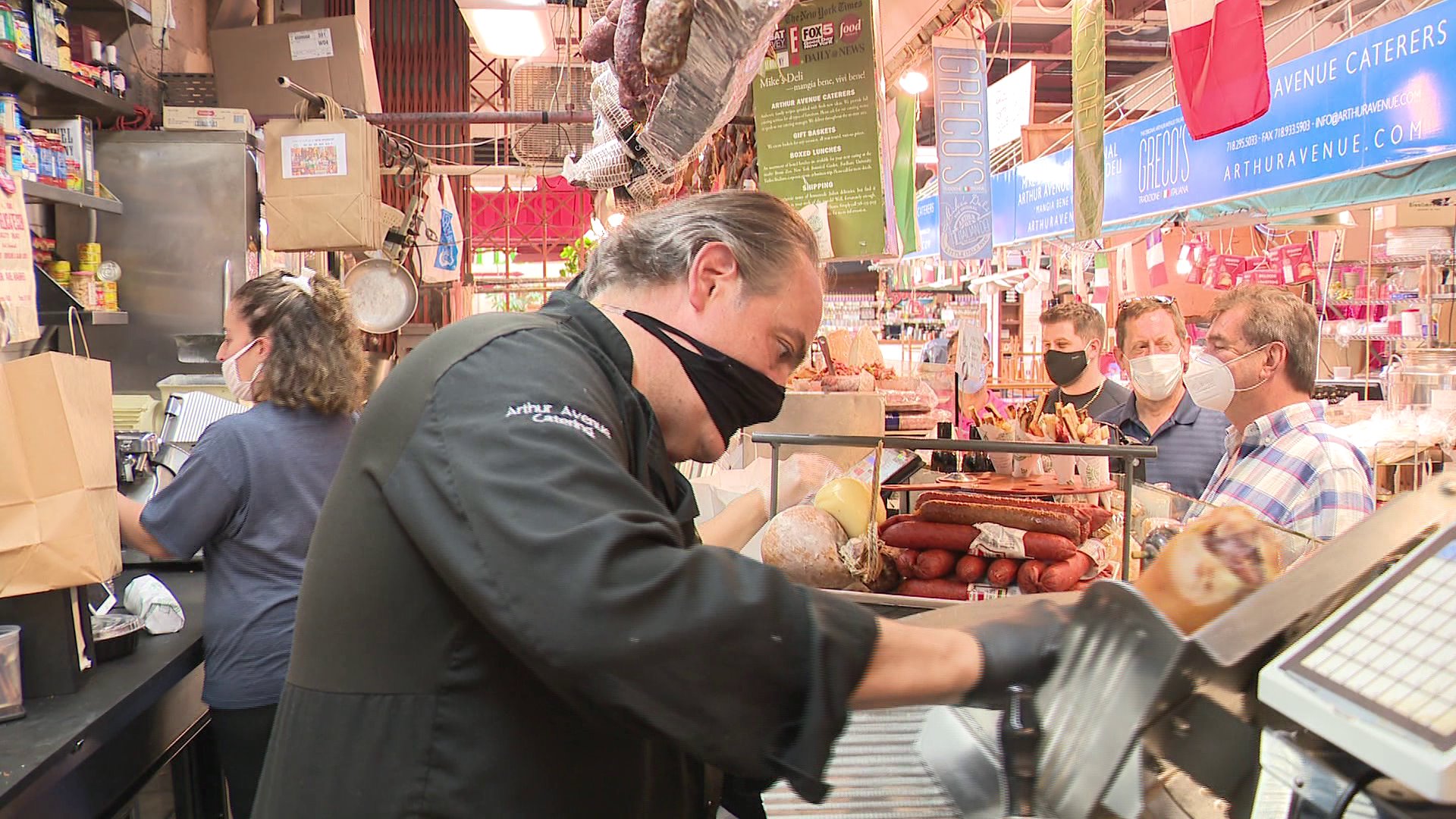 Business owners want to take outdoor dining to the next level and close parts of the street. 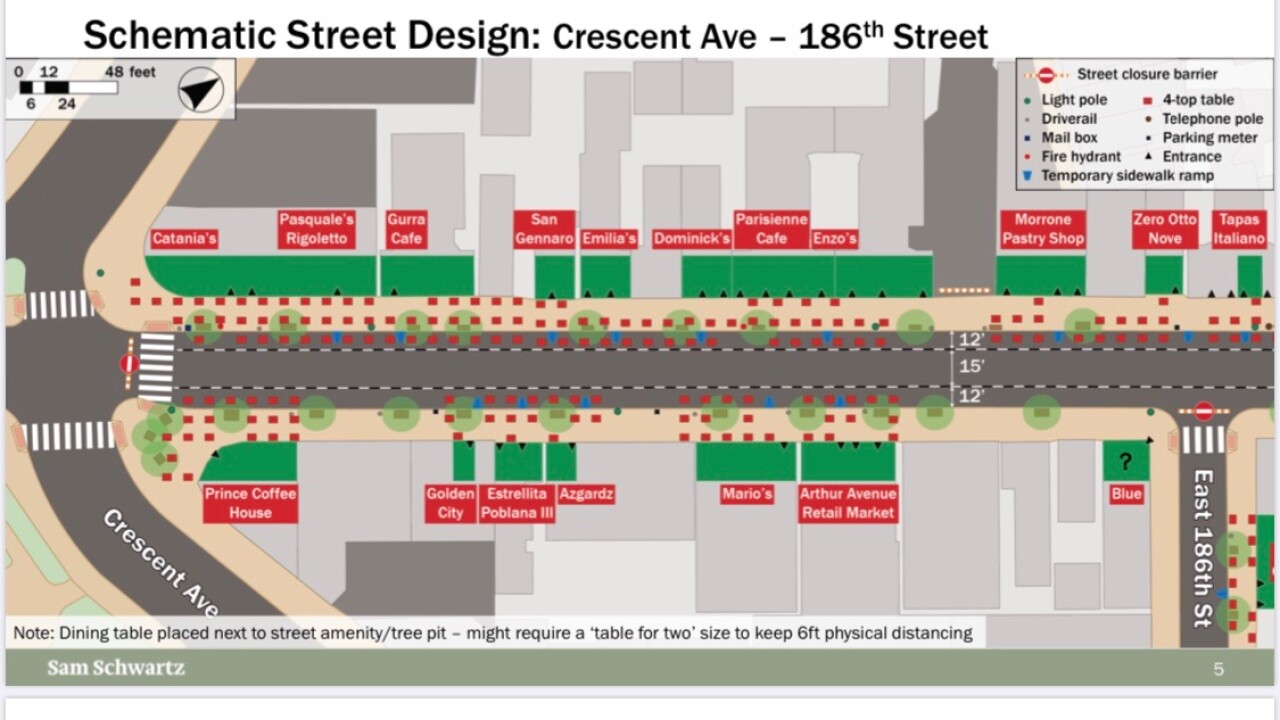 THE BRONX — It’s Phase 2 of reopening in New York City, and dozens of restaurants on Arthur Avenue in the Bronx can’t wait to welcome back their customers with sanctioned outdoor allowed by the state beginning Monday.

They are hoping to be the first business district this summer to close down streets for business.

Advocates want to turn the famous street in the Bronx into a piazza on the weekends starting in July, with the city’s approval.

David Greco, owner of Mike's Deli, has been open for take out during the pandemic. Now, he's finally able to welcome customers back for outdoor dining.

“You have families that have been here for hundreds of years and it’s been a hard three months,” said Greco.

The street behind Mike’s Deli, in the back of the world famous Arthur Avenue market, has been converted into what Greco calls a mini piazza.

Tables are set six feet apart in what used to be a parking space.

Greco and 20 other mom-and-pop owned restaurants along Arthur Avenue have bigger plans for outdoor dining.

They want to close down several blocks of Arthur Avenue and create what they said would be a new dining experience in the street during the pandemic.

Peter Madonia, the owner of Madonia’s Bakery and chairman of the Belmont Business Improvement District, said he’s waiting for the mayor to approve his plan to close down three blocks of the avenue, from East 188th Street to Crescent Avenue Thursday through Saturday, 6 p.m. to 10 p.m. and Sundays from 1 p.m. to 9:30 p.m.

Madonia said Arthur Avenue would have mostly sidewalk dining, then at night, it would transform into the piazza.

“I want [customers] to think they are in Italy," he said. "Take a stroll in the middle of the street with cafes and tables."

The mayor's office said they think it's an exciting proposal and are reviewing it.