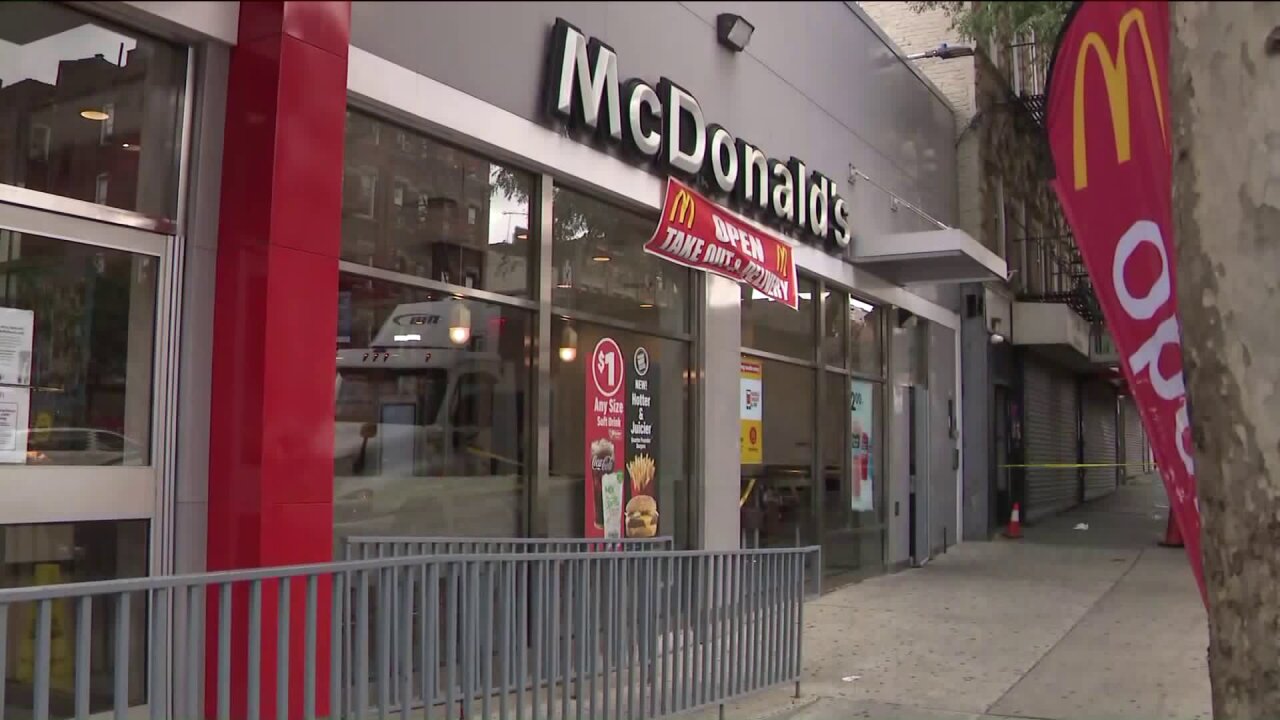 A body was found on the roof of a Bronx McDonald's, police said.

MELROSE, the Bronx — A body was found wrapped in plastic on the roof of a Bronx McDonald’s Wednesday morning, police siad.

Authorities responded to a call of an unconscious person on the roof of the McDonald’s on East 149 Street in Melrose just before 6 a.m., police said.

Officers arrived to find a man, unconscious and unresponsive, wrapped within a plastic bag, according to police.

AIR11 was over the scene which showed officials on the fast-food chain's roof.