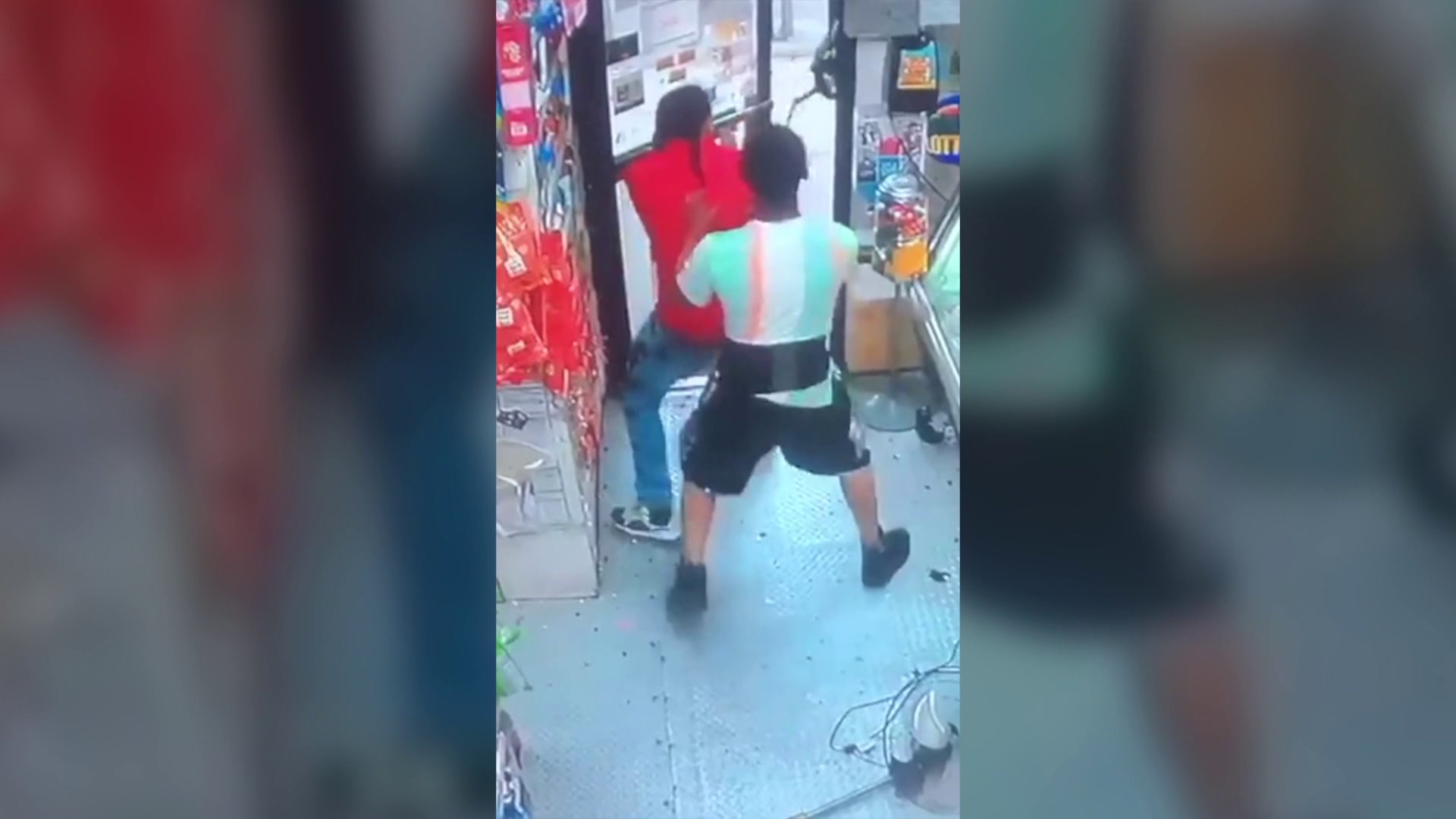 Footage released by the United Bodegas of America on Tuesday shows two men running into the bodega to seek refuge from a machete-wielding attacker. 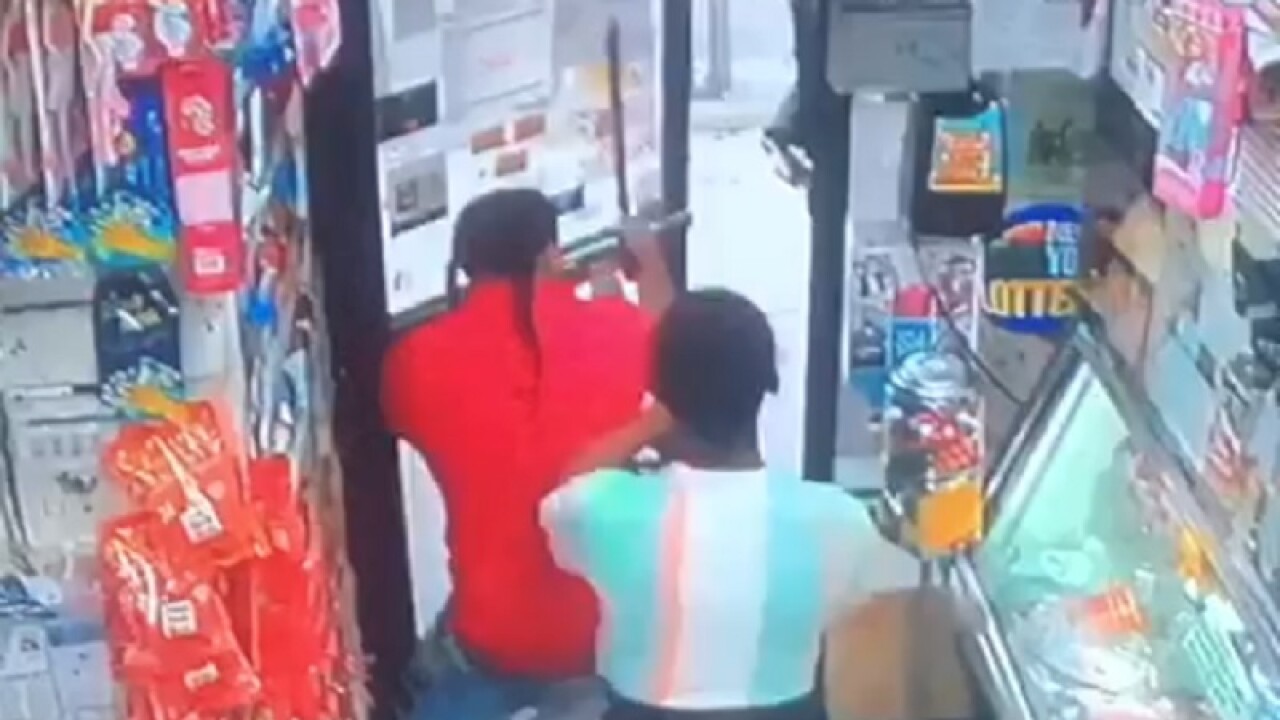 The fight that spilled into the Colorado Deli Food Corp. on Gerard Avenue in the Concourse section of the Bronx on Sunday was caught on surveillance video.

Footage released by the United Bodegas of America on Tuesday shows two men running into the bodega to seek refuge from a machete-wielding attacker.

One man, who appears to have a weapon in his hand, struggles to keep the door closed as the other man grabs a candy dispenser to defend himself, the video shows.

One of the men in the bodega was slashed across his eye and forehead before police and first responders arrived, according to the UBA.

The victim is a 23-year-old man with known gang affiliations, a police source told PIX11 News. He had a knife and was in an altercation with the suspect moments before he ran into the bodega, the source said.

The victim did not file a police report and is not cooperating with the investigation, according to the police source.

The bodega owner did not call 911, the source said.

Members of the UBA gathered at the organization’s headquarters to demand increased police presence on city streets.

“Too many victims, too many killings, too many crimes committed in New York City. This must end,” UBA spokesman Fernando Mateo said in a statement ahead the news conference.