79-year-old man punched, thrown to ground and robbed in the Bronx: police 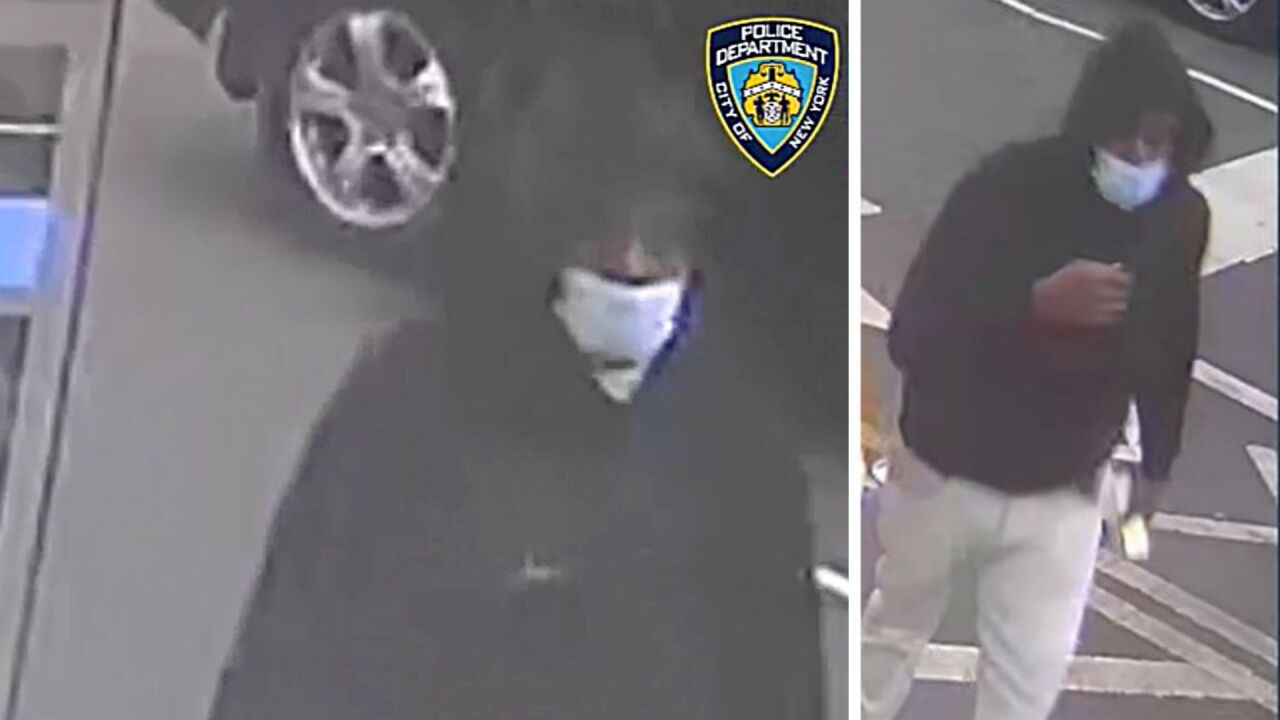 NYPD
Surveillance images of a man accused of assaulting and robbing a 79-year-old man walking near Third Avenue and East 163rd Street in the Bronx on Nov. 21, 2020, according to police.

MORRISANIA, the Bronx — A man is wanted by police after he allegedly assaulted and robbed a 79-year-old man on a Bronx street in November, according to the NYPD.

Police said the victim was walking in the area of Third Avenue and East 163rd Street in the Morrisania section around 4:40 p.m. on Nov. 21 when he was approached by the unknown attacker.

The unidentified man took out a knife and threatened the older man while demanding his property, officials said.

He then punched the victim in the face, breaking his glasses, before throwing him to the ground, according to police.

The attacker snatched the man's cellphone and wallet, which contained his personal papers and I.D., before fleeing on foot in an unknown direction, authorities said.

Police said the victim was taken to a local hospital where he was treated and released.

The NYPD has released the above surveillance images of the man they're looking for, describing him as in his 30s or 40s with a medium build, standing about 6 feet, 2 inches tall and weighing around 200 lbs. He was last seen wearing white sneakers, gray pants, a black hooded sweatshirt, and a face mask.