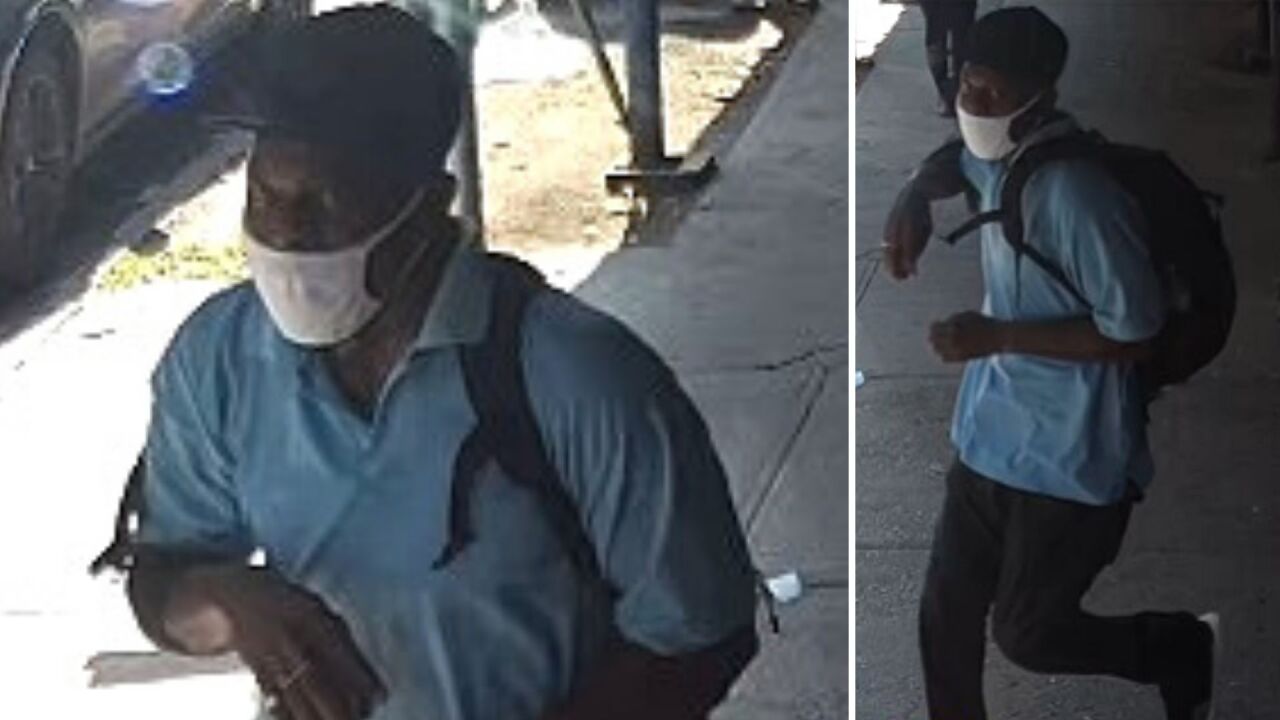 NYPD
Surveillance images of a man police are looking for after a 78-year-old man was choked and robbed in his own Bronx home on Aug. 28, 2020, according to police.

CONCOURSE, the Bronx — Cops are looking for an attacker they say followed a man into his Bronx home in broad daylight before choking and robbing him.

According to police, the 78-year-old victim was returning home around 1:20 p.m. back on Friday, Aug. 28, when the unknown man followed him inside the residence, in the vicinity of East 167th Street and Gerard Avenue in the Concourse section.

Once inside, the assailant grabbed the man around the neck, choking him, and demanded his property, police said.

The thief then took the man's wallet before fleeing the building on foot in an unknown direction, authorities said.

The victim suffered pain and bruising but refused medical attention at the scene, police said.

Police have released the above surveillance images of the man they're looking for, describing him as about 20 to 30 years old.