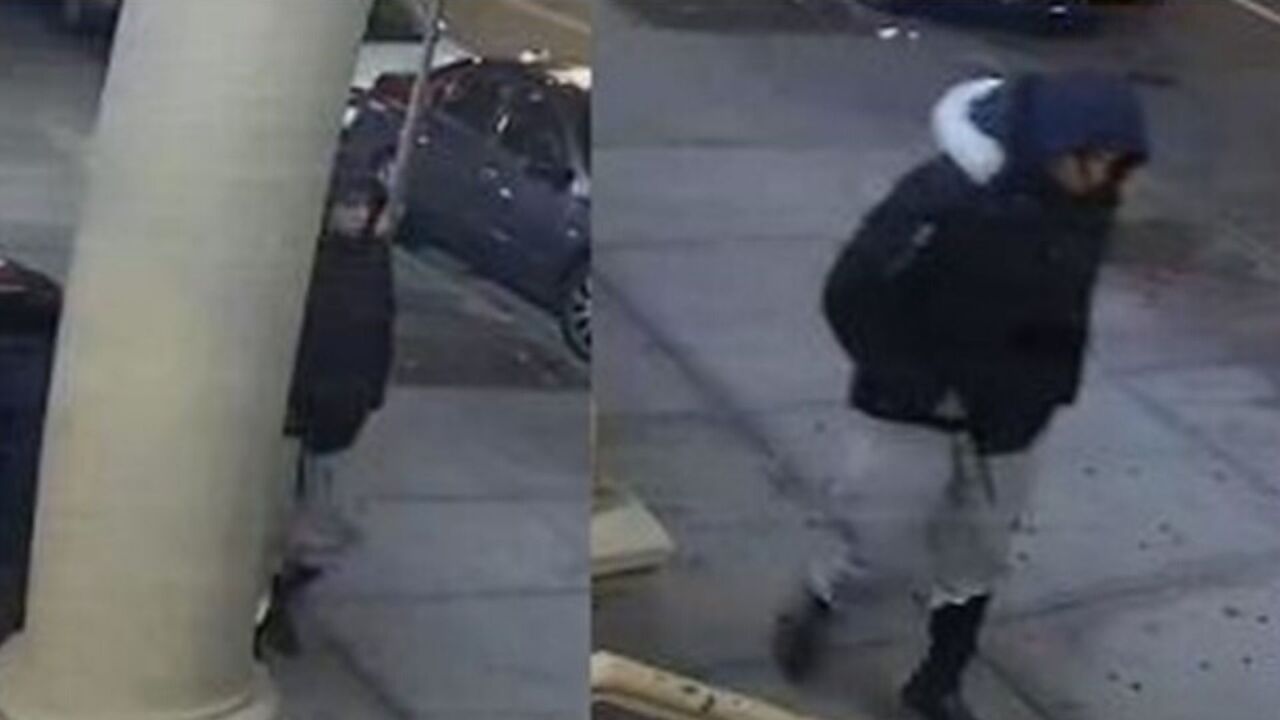 NYPD
Surveillance images of a man police believe slashed a 65-year-old man across the face in the Bronx early Friday, according to officials.

MORRISANIA, the Bronx — Police are looking for a man who randomly slashed another man across the face in the Bronx early Friday, according to the NYPD.

Officials said the 65-year-old man was standing near Clinton Avenue and East 169th Street in the Morrisania section of the Bronx around 2:30 a.m. Friday when the unidentified man approached him.

The man walked up and slashed the man across the left side of his face with an unknown object before fleeing the area, police said.

The victim was taken to an area hospital where he received stitches for his wounds and was later released, authorities said.

The NYPD has released the above surveillance images of the man they're looking for, describing him as being in his 20s, last seen wearing a black jacket with brown fur, gray sweatpants, black sneakers, and a black hooded sweatshirt.