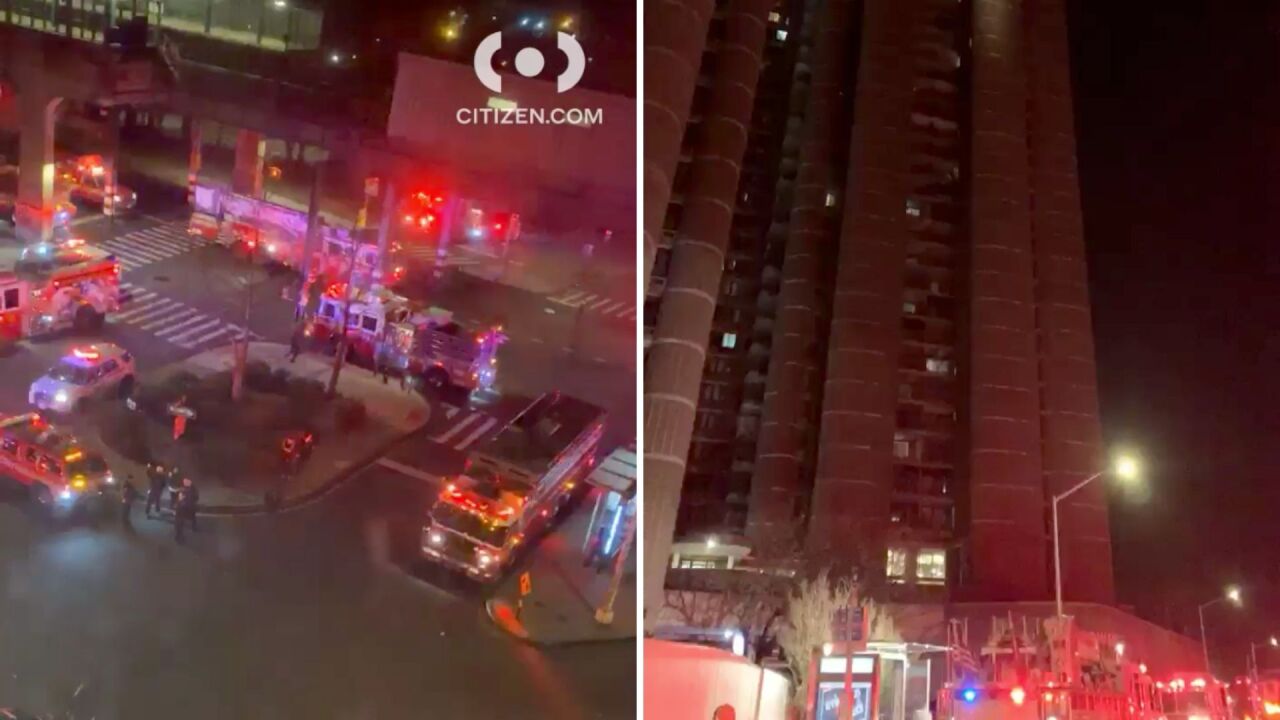 Citizen App
Over 100 firefighters responded to a two-alarm fire in a high-rise apartment building at the Tracey Towers in the Bronx early Tuesday morning, March 10, 2020, according to the FDNY.

BEDFORD PARK, the Bronx — Six people were injured, including one person with serious injuries, when fire broke out in a Bronx high-rise apartment building early Tuesday, according to fire officials.

The FDNY said the call came in around 2:50 a.m. for flames in the compactor room on the 24th floor of the 41-story building at Tracey Towers on Mosholu Parkway in Bedford Park section of the Bronx.

About 100 firefighters responded to help put out the blaze, one of which was sent to a nearby hospital with minor injuries, authorities said.

The fire was officially placed under control just after 5:30 a.m., according to the FDNY.

One civilian suffered serious injuries that officials said were thankfully non-life-threatening, while three others were hospitalized with minor injuries. The FDNY said one other resident suffered minor injuries but refused medical treatment at the scene.