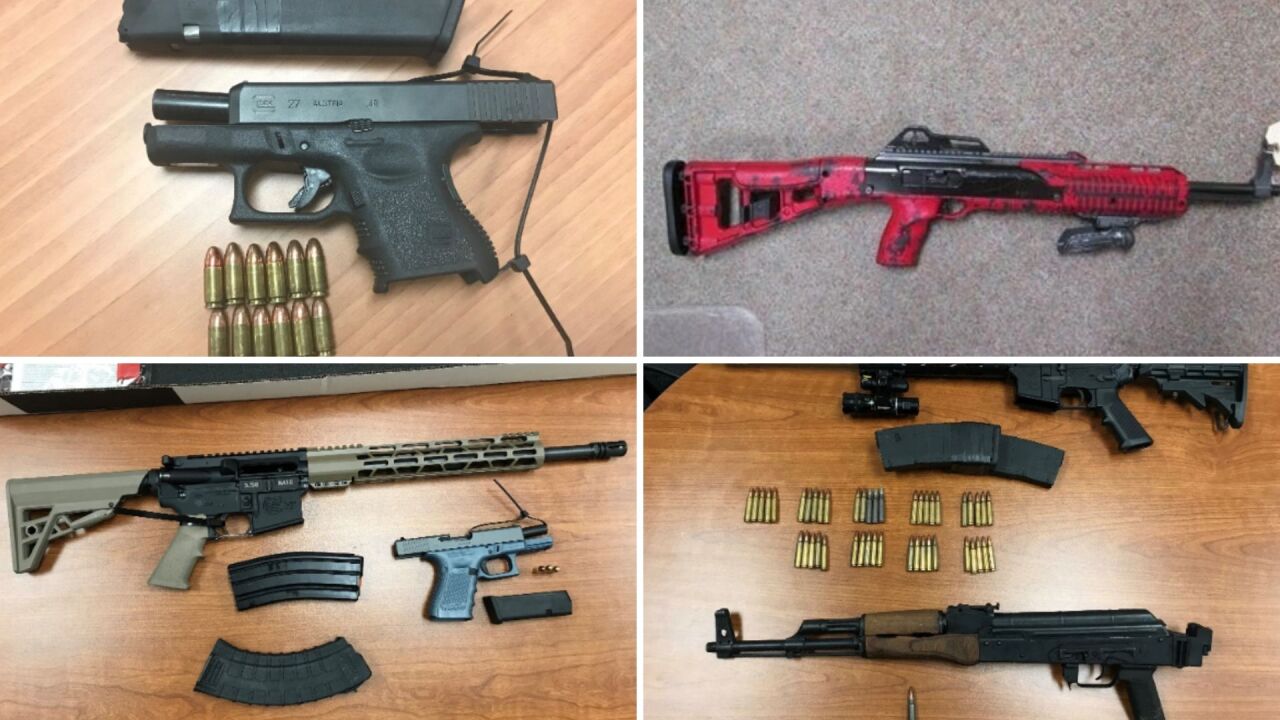 Attorney General&#39;s Office
Guns and ammunition (pictured) were recovered during a gun-trafficking bust in the Bronx, authorities announced.

THE BRONX — Attorney General Letitia James and New York authorities announced Thursday the take down of a gun and heroin trafficking ring in the Bronx.

Five people were taken into custody in connection to their roles in a gun-trafficking operation, “Operation Iron Empire,” James said.

“Let these arrests serve as a loud and clear message: there is zero tolerance for gun trafficking in New York,” said James.

“These five individuals allegedly made a business of flooding our communities with dangerous weapons - including assault weapons -and drugs, putting our city in harm’s way. I thank our partners in law enforcement for their invaluable support and for their help to ensure the safety of all New Yorkers.”

Between June 22, 2019 and Nov. 12, 2019, Michael Alsina acted as a broker between his firearms suppliers and undercover cops, according to the 107-count indictment. Luis Alsina then provided the firearms and/or ammunition to Michael Alsina for seven of those ten sales and also sold firearms directly to undercover officers on three other occasions from June 22, 2019 through December 27, 2019.

Through investigation several firearms and ammunition were recovered, including:

“We will not tolerate illegal firearms getting into the hands of criminals," said Bronx District Attorney Darcel D. Clark. "Fortunately an undercover detective intercepted these weapons before they could do harm. My Office has prosecuted many traffickers who bring firearms from out of state, but this case shows there is much more to be done. I am proud to be a partner with Attorney General James and our local, state and federal law enforcement agencies to combat the flow of illegal guns into my county.”

If convicted of this crime, Luis Alsina and Michael Alsina face a maximum of 25 years in prison. They are also each charged with multiple offenses related to the sale of heroin, including Criminal Sale of a Controlled Substance in the First Degree. If convicted on these charges, they each face an additional maximum of 10 years in prison.