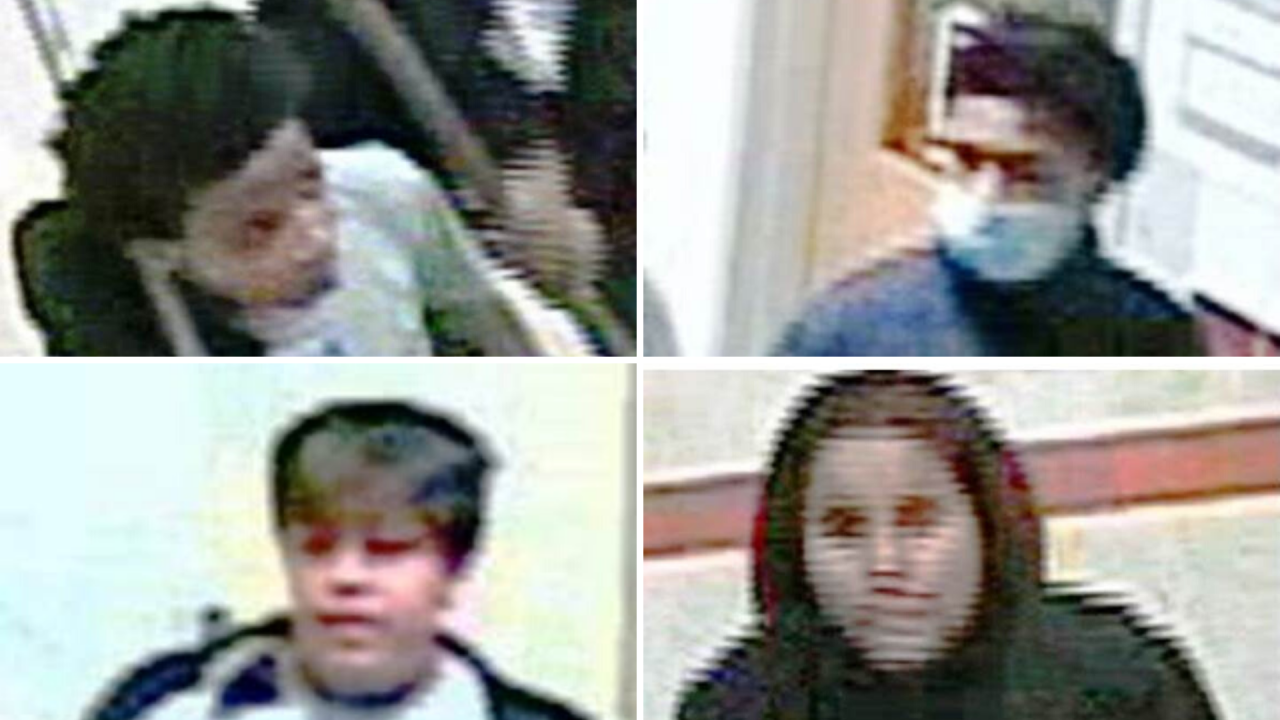 MOTT HAVEN, the Bronx — Four teenagers are being sought by the NYPD in connection with a robbery pattern in a Bronx high school.

Both incidents occurred inside the Mott Haven Educational Campus on Concourse Village West in the Mott Haven section of the Bronx. The campus is closed during the coronavirus pandemic.

The second occurrence took place six days later at 11 p.m. The four individuals again brought their sledgehammer and broke a window. Once inside, the took nine Apple computers before fleeing through that window to parts unknown.

The four — three boys, one girl — are all described as between 15-18 years old, though it is unclear if they are students at the school.

One is described as having medium build with short dark hair. He was last seen wearing a black jeans, white t-shirt, a black hooded jacket and sneakers.

The second has a thin build with short dark hair. He was last seen wearing camouflage jeans, a dark jacket, sneakers and a surgical mask.

The lone female in the group is described as having a medium build with dark hair. She was last seen wearing a black hooded sweat jacket, red sweatpants and black shoes.

Anyone with information in regard to this incident is asked to call the NYPD's Crime Stoppers Hotline at 1-800-577-TIPS (8477) or for Spanish, 1-888-57-PISTA (74782). The public can also submit their tips by logging onto the Crime Stoppers website at WWW.NYPDCRIMESTOPPERS.COM, on Twitter @NYPDTips. All calls are strictly confidential.