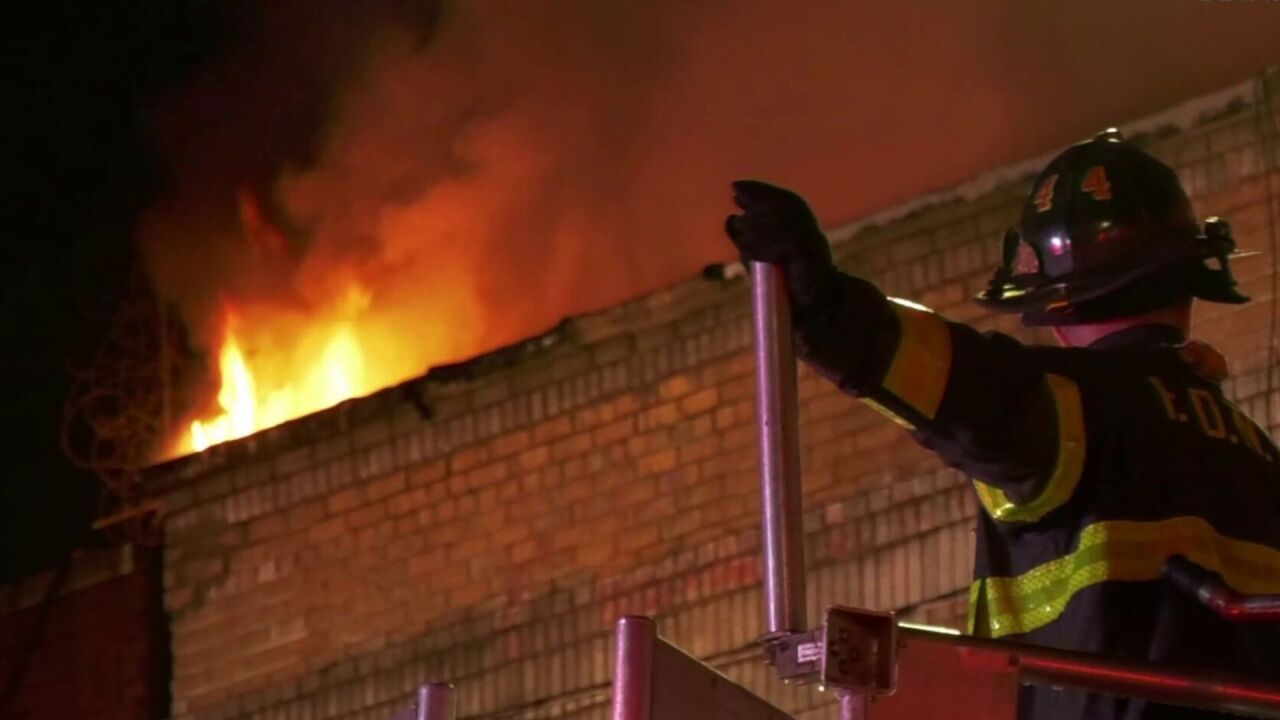 MORRIS HEIGHTS, the Bronx — Nearly 170 firefighters battled a four-alarm fire that ripped through a Bronx parking garage early Wednesday morning, according to officials.

The FDNY said a call came in around 2 a.m. reporting a car fire in the two-story parking garage located at 1959 Jerome Ave. in the Morris Heights section of the borough.

The flames could be seen shooting through the roof of the building and the walls collapsed as the flames raged into the morning.

According to the FDNY, 168 firefighters from 39 units responded to work the large blaze.

There were no reports of injuries but there are likely numerous destroyed vehicles.

Around 5:45 a.m. the FDNY said the main body of the fire had been knocked down and it was not expected to escalate any further.