3 firefighters injured when flames break out in Bronx restaurant: FDNY 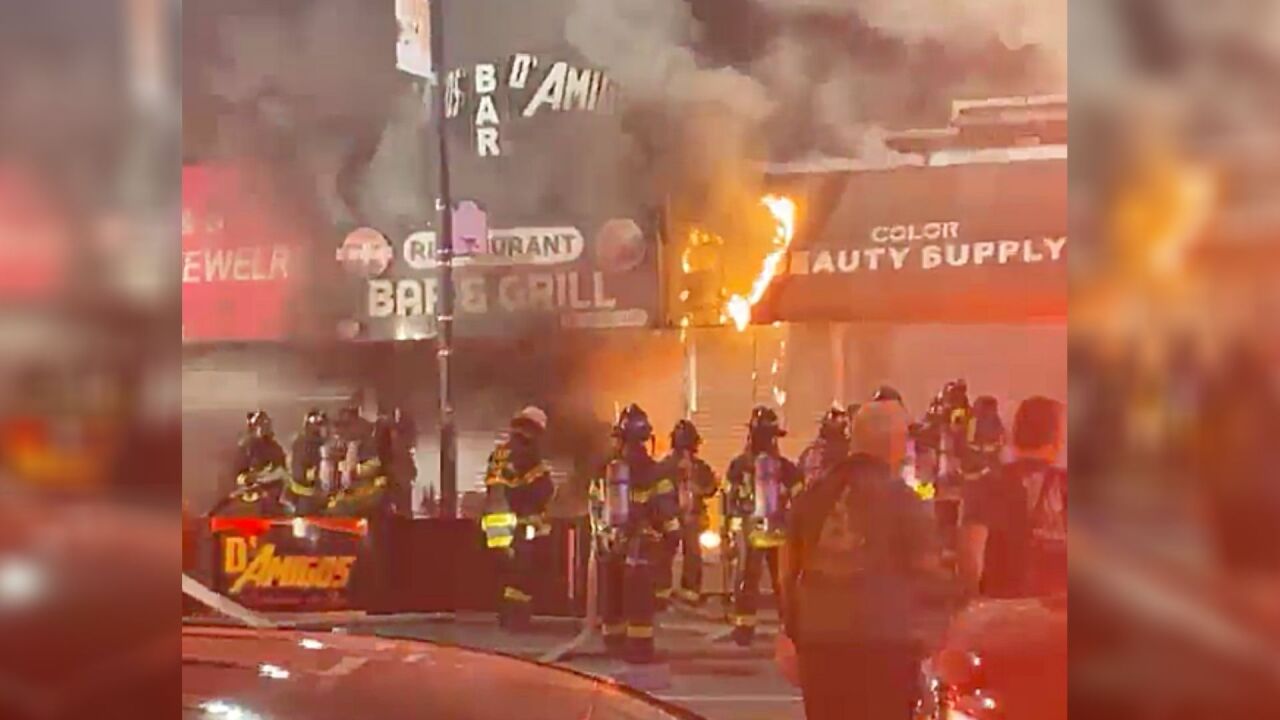 Citizen App
At least three firefighters were hurt battling a two-alarm fire in a closed Bronx restaurant in the Norwood neighborhood early Thursday, Sept. 24, 2020, according to the FDNY.

NORWOOD, the Bronx — Three firefighters were hurt fighting a fire that ripped through a closed Bronx restaurant early Thursday, according to the FDNY.

Flames broke out just before 1:30 a.m. at D'Amigos Restaurant and Bar, located on a commercial strip on East Gun Hill Road, near Dekalb Avenue, in the Norwood section of the borough, fire officials said.

Over 100 firefighters from 25 units responded to battle the blaze in the one-story building, the FDNY said.

The fire, which grew to a two-alarm, was officially put under control just after 3 a.m.

Three FDNY firefighters were hospitalized for injuries sustained during the response, officials said. The extent of those injuries was not immediately known.

The cause of the fire remained under investigation early Thursday.