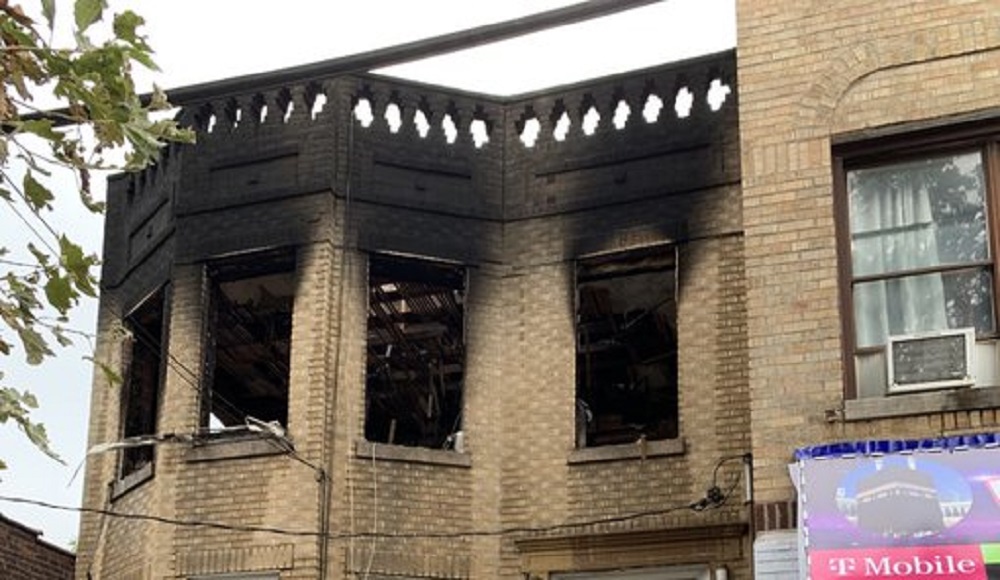 Three children were critically injured in a Bronx house fire Monday morning, according to the FDNY.

WILLIAMSBRIDGE, the Bronx — A Bronx mother faces charges after her three children were critically injured in a house fire Monday morning, according to authorities.

Sources told PIX11 News that Remi Latei was not home with her children — ages 1, 3 and 9 — when the second floor of the house on Burke Avenue, near Barnes Avenue, in Williamsbridge went up in flames around 9:30 a.m.

“We had fire blowing out of every window on that second floor of the house," FDNY Deputy Assistant Chief Joseph Ferrante said.

The children were found in one of the bedrooms and rescued from the building, according to the FDNY. They were rushed to a hospital in critical but stable condition, per the FDNY.

About 70 firefighters battled the fire, which was brought under control around 10:10 a.m.

According to sources, Latei said she left the children alone because she had to take a family member to a hospital and didn't want to risk exposing them to COVID-19 by bringing them along.

She arrived at the home, visibly shaken and emotional, after the flames were brought under control.

Latei, 33, was questioned by police and charged with three counts of endangering the welfare of a child.

Officials deemed the fire accidental, caused by an electrical issue in the building's wiring. Smoke detectors were in the home but did not work, according to the FDNY.

The FDNY released a video of the damage caused by the blaze.