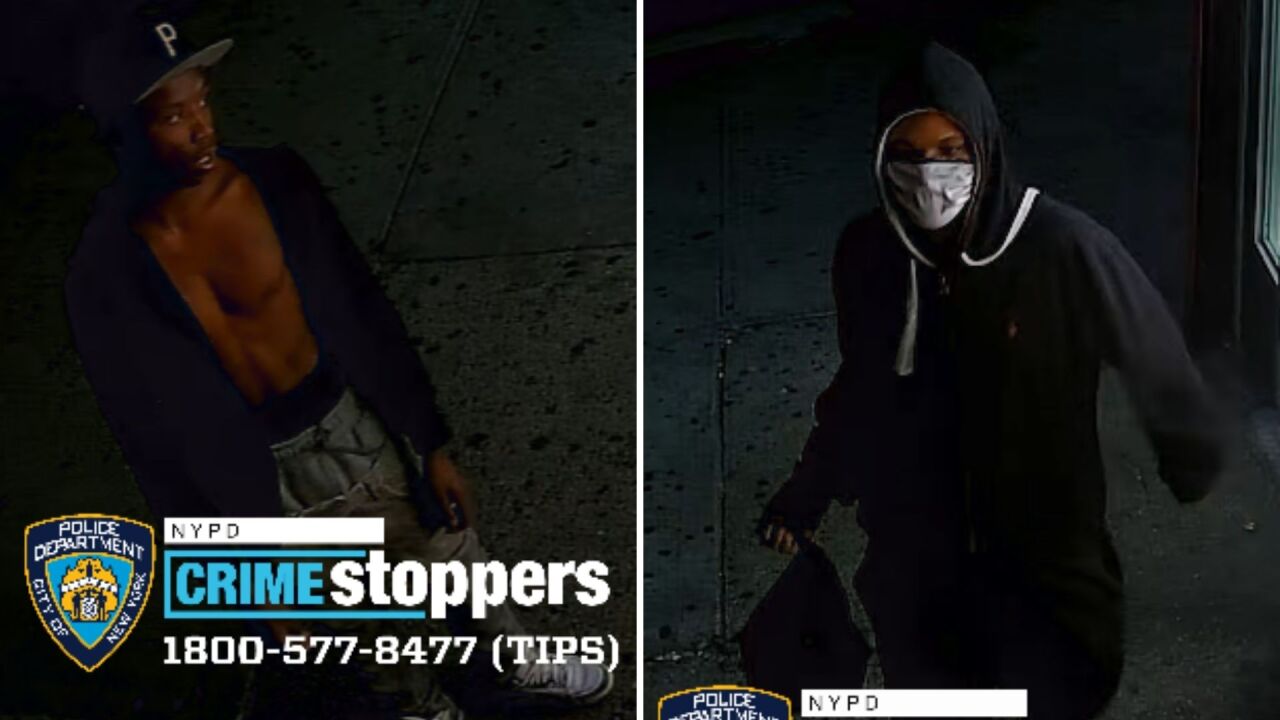 NYPD
Police are searching for two men wanted in connection to a shootout in the Bronx that injured a bystander.

WAKEFIELD, the Bronx — A man was injured when a shooting broke out in the Bronx early Sunday.

It happened around 3:30 a.m. in the vicinity of White Plains Road and Saint Ouen Street.

A Dodge vehicle drove by the location and opened fire at another man who returned fire, according to police

A 31-year-old man standing in the area at the time of the shooting was struck.

He was taken to the hospital for his injuries.

Surveillance video released by police shows the vehicle driving up to the location, which prompted another man to run and hide while shots were being fired from the Dodge.

The man was then seen returning fire and chasing after the vehicle as it drove off.

Do you recognize them? Police are searching for two people wanted in connection to a Bronx shootout that injured another man. https://t.co/ERKJhxdaiK pic.twitter.com/8TnWe3tep2