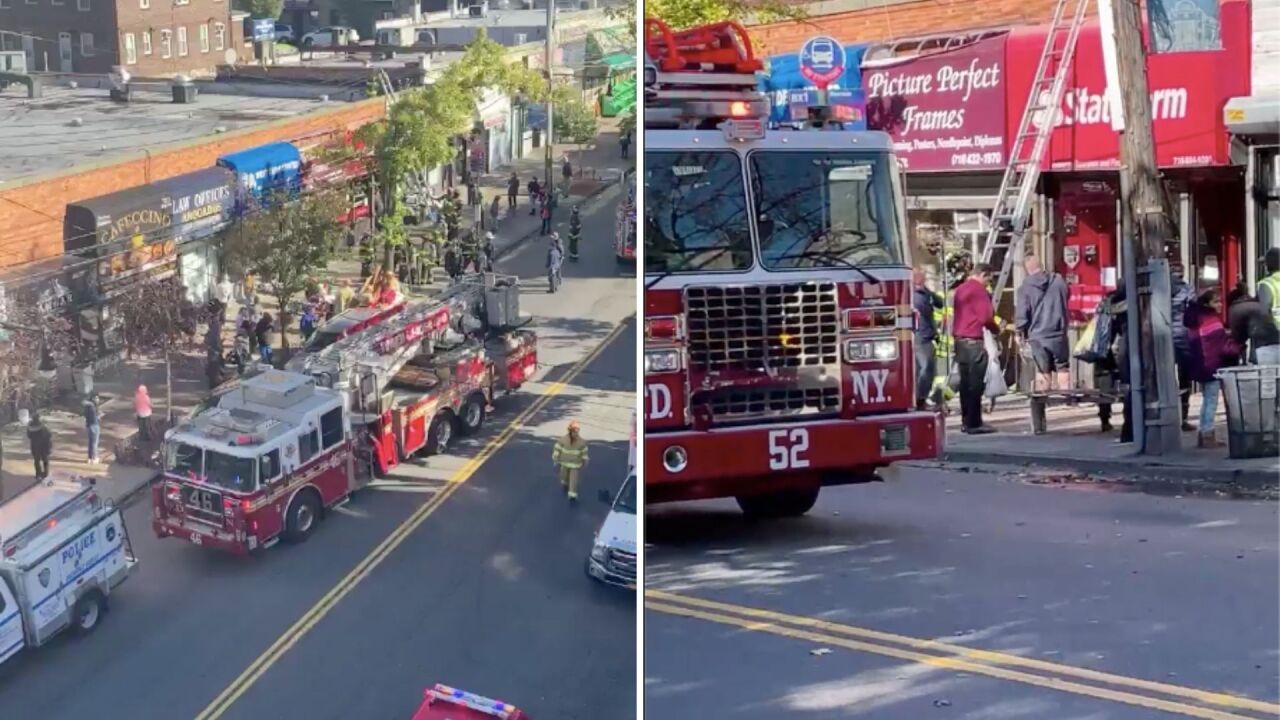 It happened just after 12:30 p.m. at a commercial building in Kingsbridge in the vicinity of West 231 Street and Kingsbridge Avenue, FDNY officials said.

Two civilians were reported to be trapped underneath the rubble, FDNY officials said.

They have since been removed and were treated at the scene, authorities said.

The Department of Buildings, who has inspectors on the scene, said the plaster ceiling fully detached and fell to the floor of the store. Structurally, other parts of the ceiling and building appear to be stable; only the plaster and wire mesh portions of the ceiling collapsed.

The DOB later issued a full vacate order for the store and a violation to the owner for failing to maintain the building.