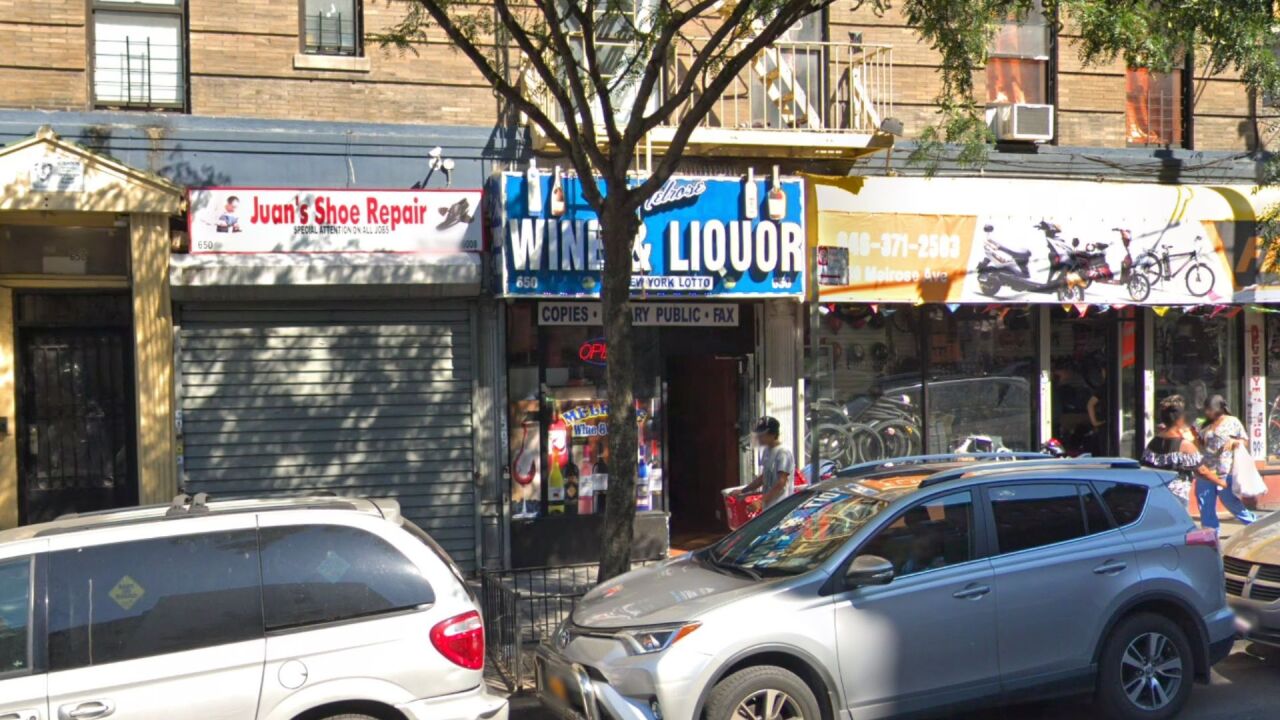 Google Maps
A $2 million winning Powerball ticket was sold at Melrose Wine &amp; Liquor in the Melrose section of the Bronx for the drawing on Wednesday, Dec. 4, 2019, according to the NY Lottery.

MELROSE, the Bronx — A Bronx liquor store is celebrating after selling one of just three second-prize winning tickets nationwide in Wednesday's Powerball drawing, according to the New York Lottery.

According to the NY Lottery, the $2 million winning ticket was sold at Melrose Wine & Liquor at 650 Melrose Ave., in the Melrose section of the Bronx.

The winning ticket matched five of the numbers drawn but did not match the Powerball, which could have yielded a $120 million grand prize.

The lucky new millionaire has yet to come forward, but the liquor store owners, Jaime Jimenez and Jason Tirado, are still celebrating their shop's newfound fame, according to the New York Post .

So, if you bought a Powerball ticket from the Bronx store, check your ticket because you could be a winner.

The other two second-prize tickets were sold in Vermont and Florida, with nobody winning the grand prize.

Powerball tickets are sold in 44 states, Washington D.C., Puerto Rico and the U.S. Virgin Islands, and winning numbers are drawn every Wednesday and Saturday night at 11 p.m. from the Florida Lottery draw studio in Tallahassee.