2 killed, 5 injured in fiery multi-vehicle crash in the Bronx: police 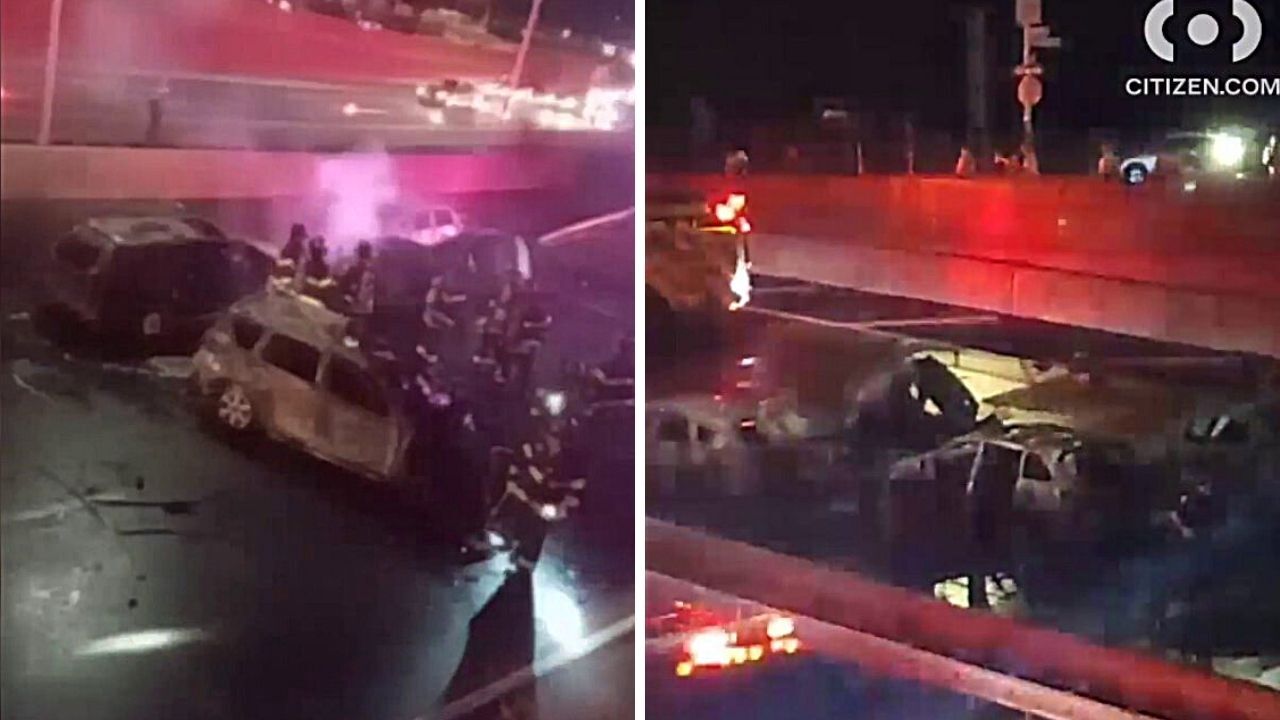 Citizen App
Two people were killed and six others injured in a four-car pile-up on the Bruckner Expressway in the Pelham Bay section of the Bronx, late Monday night, July 20, 2020, authorities said.

PELHAM BAY, the Bronx — Two people are dead and five others injured after a multi-vehicle pile up on a Bronx highway late Monday night, authorities said.

The FDNY said units responded around 11:42 p.m. for reports of a car fire on the Bruckner Expressway, near Exit 7C and Country Club Road, in the Pelham Bay section of the borough.

According to police, a 2011 BMW XI was speeding in the southbound lanes while entering a curve in the roadway. The driver was unable navigate the roadway and entered a grassy area before striking two light poles.

The vehicle then struck the center jersey wall separating the southbound and northbound lanes of the expressway and flipped onto the northbound side of the highway, crashing into three other cars as it burst into flames.

Two other vehicles were struck with pieces of the BMW that came apart after striking the wall.

The male driver and a female passenger traveling in the speeding vehicle were pronounced dead at the scene, authorities said.

They were badly burned to the point they could not be identified immediately, police said.

Two patients were transported to a nearby Bronx hospital for complaints of pain, while three other passengers from the other vehicles refused medical attention, officials said.

The Bruckner Expressway reopened in both directions Tuesday morning after the crash investigation initially caused the highway to be closed.

There was no further information about the extent of the injuries.

The identities of the victims has not been released.