Woman injured when car T-boned by stolen car in the Bronx: police 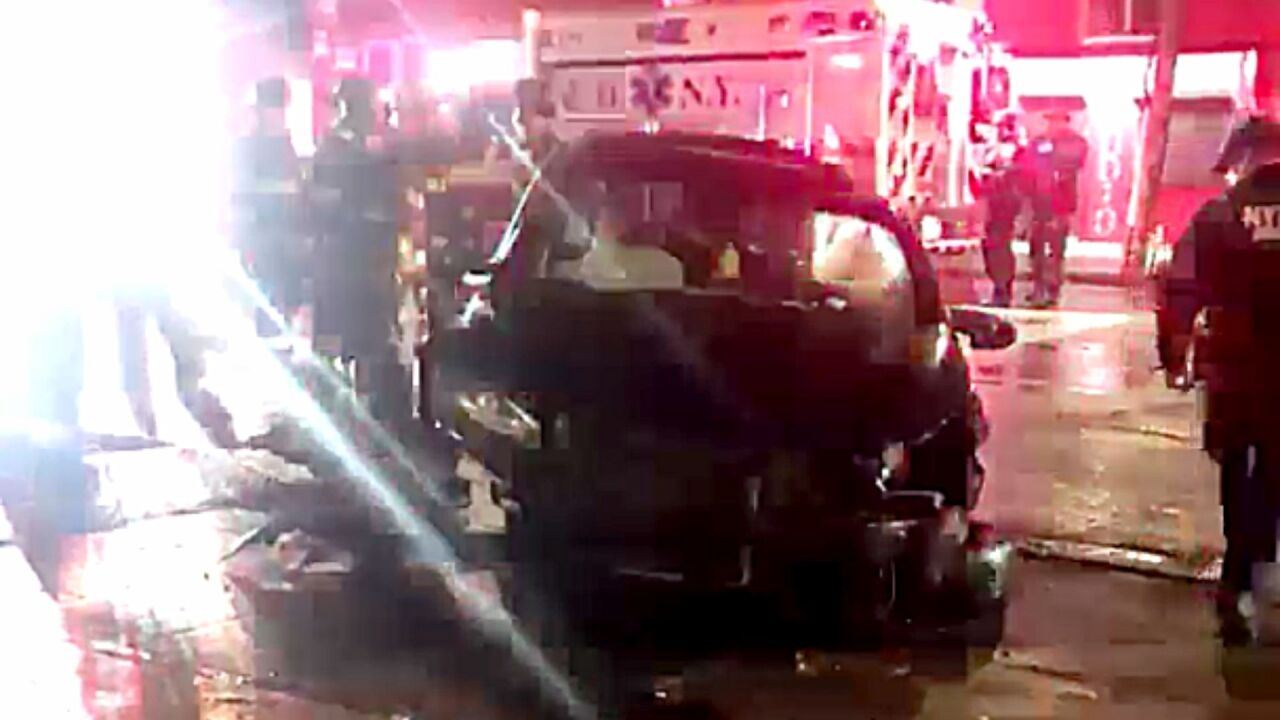 Citizen App
Images from the scene after a stolen Honday Civic crashed into another Honda sedan, injuring the female driver, in the Williamsbridge section of the Bronx early Monday, Jan. 4, 2021, according to police.

WILLIAMSBRIDGE, the Bronx — A woman was hospitalized early Monday after a stolen car crashed into her vehicle in the Bronx, police said.

According to the NYPD, it all started when a Honda Civic was stolen by a man in his 20s around 1:35 a.m. near the intersection of East 216th Street and Bronxwood Avenue, in the Williamsbridge section of the borough.

A short time later, the man driving the stolen car T-boned another Honda sedan about six blocks away at the intersection of East Gun Hill Road and Paulding Avenue, police said.

Authorities said both the car thief and the driver of the struck Honda, a woman in her 20s, were taken to a nearby hospital.

The man was listed in serious condition, police said.

The woman's condition was not immediately clear.