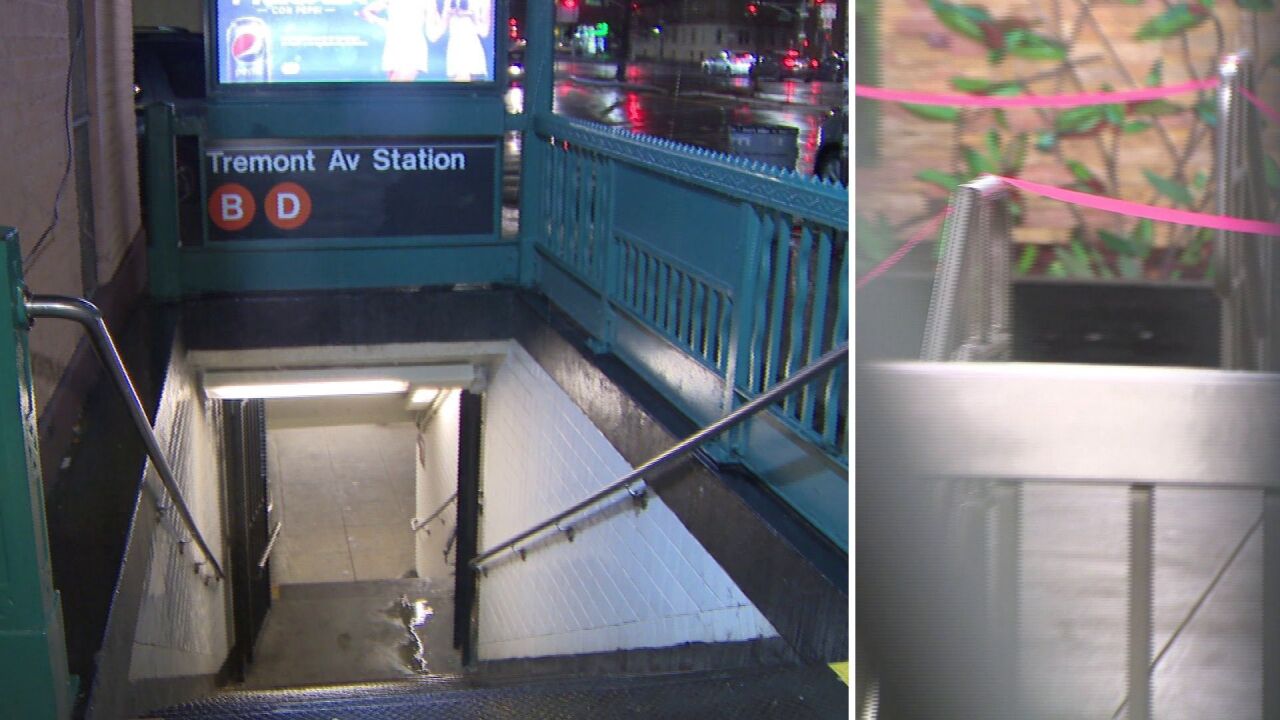 PIX11
Scene after a 16-year-old boy was stabbed and robbed in a Bronx subway station Monday night, Dec. 16, 2019, according to police.

MOUNT HOPE, the Bronx — A teenage boy was stabbed and robbed in a Bronx subway station Monday night, according to authorities.

Police said the 16-year-old boy was attacked around 10 p.m. at the Tremont Avenue subway station, along the B and D train lines, near the intersection of the Grand Concourse and East Tremonth Avenue.

The teen was stabbed in the leg and then robbed by two males, described as in their late teens, according to officials.

The alleged attackers fled the station and no arrests have been made at this time, the NYPD said.