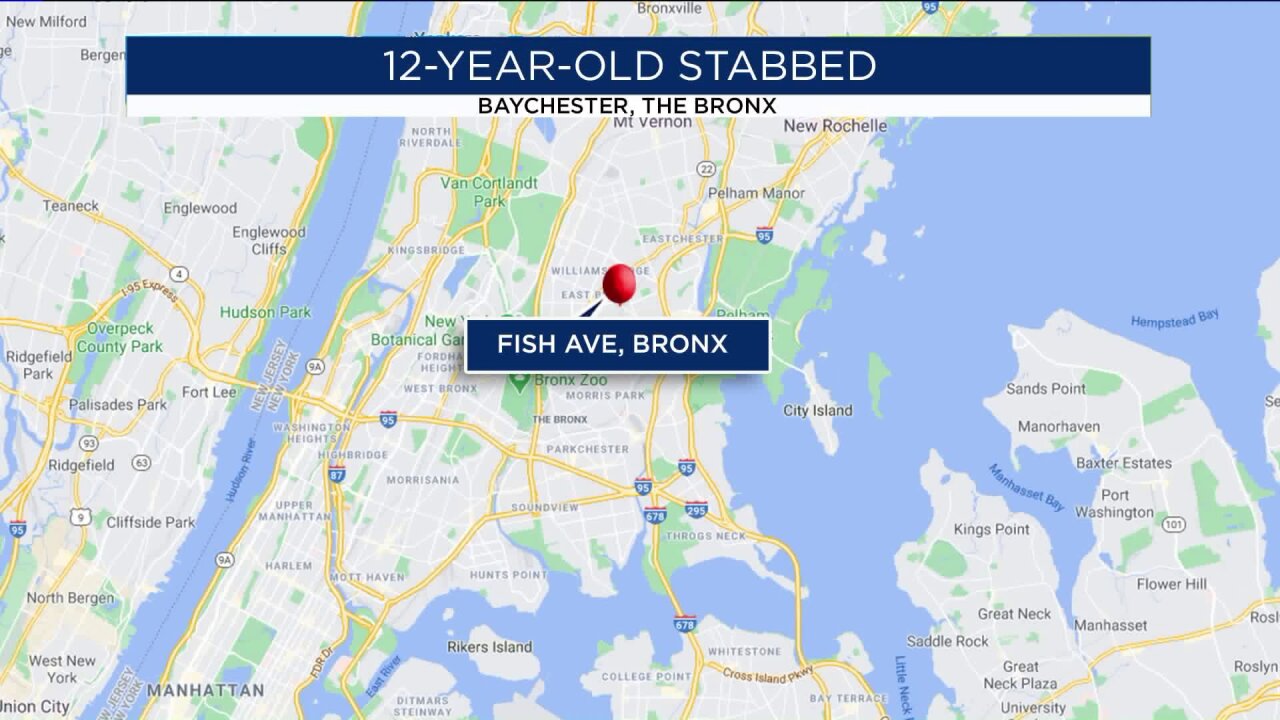 PIX11 News
Location shown where a 12-year-old was stabbed during a street robbery in the Baychester section of the Bronx on Thursday afternoon, Dec. 17, 2020, according to the NYPD.

BAYCHESTER, the Bronx — Cops are looking for three men after a 12-year-old boy was stabbed during a robbery on a Bronx street Thursday afternoon, according to the NYPD.

Police said it happened around 4 p.m. on Fish Avenue in the Baychester section when the unidentified men approached the child and demanded property.

The boy refused, sparking an altercation in which the young victim was stabbed in the lower back, officials said.

The three suspects took the boy's cellphone and fled the scene, according to police.

The child was rushed to a nearby hospital. The NYPD said he is expected to survive.

No arrests had been made as of Friday morning.