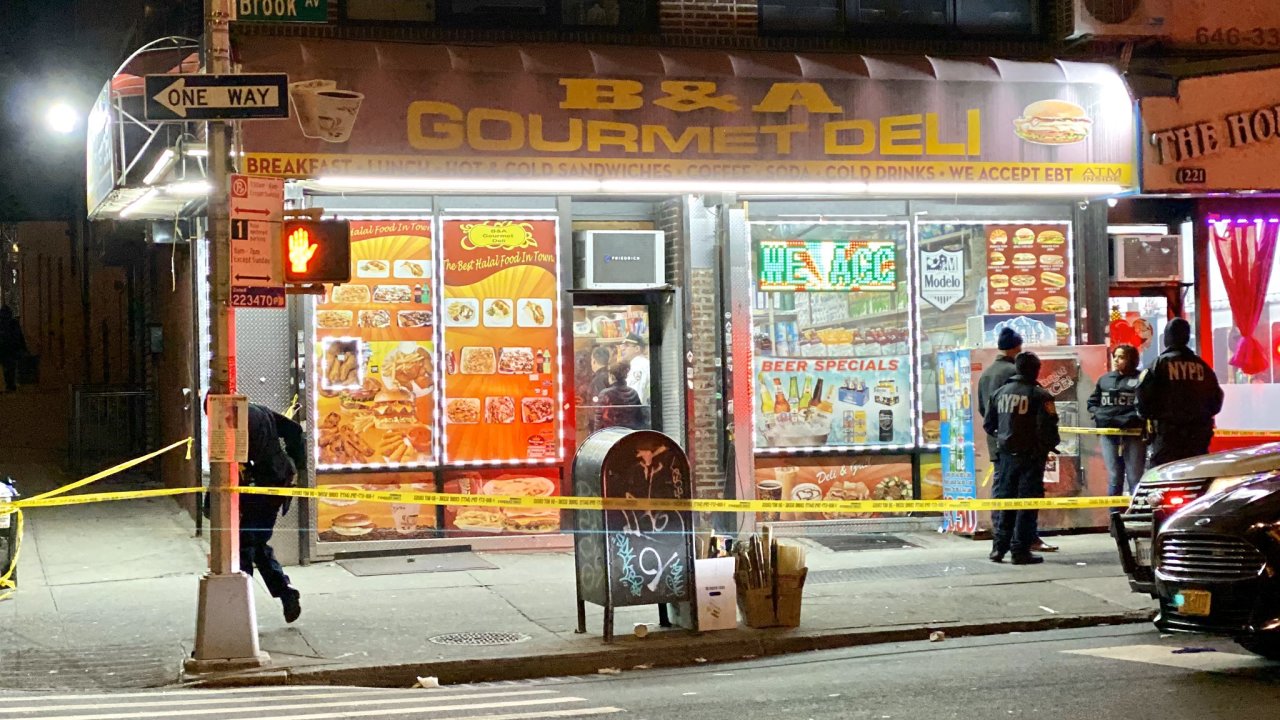 The man shot inside of a Bronx deli Friday died at a local hospital, according to police.

MOTT HAVEN, the Bronx — A man shot inside of a Bronx deli Friday died at a local hospital, according to police.

The call came in at 6:38 p.m., where the man — an employee — was shot inside of the B&A Deli, a police spokesperson said.

The suspect entered the deli and did not exchange any words with employees or attempt a robbery — he simply fired shots and fled, according to police.

The victim, identified by the Yemeni American Merchants Association as Yehya Almontaser, was shot twice in the torso and was taken to a local hospital where he was later pronounced dead, officers said.

The suspect, police said, was wearing a black jacket with a fur hood. He was also wearing a mask and carried a cane, according to police.

He fled toward the Millbrook Houses, police said.

The Yemeni American Merchants Association is offering a $10,000 reward for information leading to an arrest and conviction.